This heavy rain was caused buy a low pressure system that moved in from South Australia and redeveloping off the nsw coast.

This event caused $215 million in damages.

What i find unusual about this event was that on the day there was no thunderstorm activity that i know off with almost all of the rainfall falling from nimbostratus including 100mm between 12 and 3 PM.

If you have any stories of this event feel 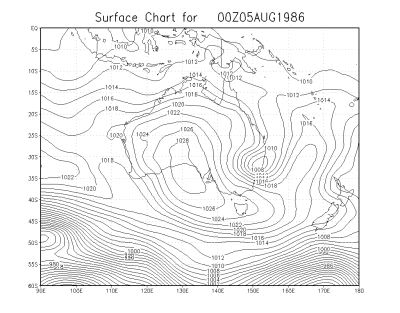 free to post them in the replies.
Reactions: Richard

Remember that. The clouds turned green just before the deluge. Got trapped at my girlfriends place at Warriewood for 36 hours. Major flooding on the Northern Beaches with roads closed everywhere.
Reactions: Long Road Home and Joshua Randazzo

Arne said:
”trapped at my girlfriends place at Warriewood for 36 hours”
Click to expand...

I clearly remember this day.
Was working at Casula on the new K-Mart at the time. Actually, it was called a "Super K" as it was larger than their normal stores.
It took me 4 hrs to get home from there to Dundas. Normally about a 45 minute trip. Almost every single street I turned up was flooded, so, u-turns were the order of the trip. Particularly through Fairfield, Villawood and Merrylands. Woodville Rd was a right-off, so it was back streets all the way.
I also remember it was cold with strong to gale force south/south easterlies. Temp was around 12 - 14 deg's for most of the day. Wind chill was cutting. Rain was falling in horizontal sheets.
Will never forget it. Probably the most significant ECL I've ever experienced.
Reactions: Long Road Home and Joshua Randazzo

Didn’t someone post this exact same thread in the last few months. With 80’s pics of pushing a car out of street water or such???
Reactions: Eddy
H

Didn’t someone post this exact same thread in the last few months. With 80’s pics of pushing a car out of street water or such???
Click to expand...

I'm sure there was talk of this storm in another thread too.

I remember the event and I'm sure there was embedded thunder and lightning.

well done. Beat me by a moment.

It’s the same opening gambit by the same topic starter that had me in a twilight zone.

Joshua Randazzo said:
I'm sure at least some of you are aware of the time on the 8th of november 1984 when sydney observatory hill recorded 196mm of rain in three hours including 120.3mm of rain in one hour between 10 and 11pm. this rain was caused by a coastal trough with high humidity values with in turn spawned very slow moving tremendous thunderstorms over the center and north of the city. this very heavy rainfall caused 80 million in damages.
My nan witnesset this event at glebe near the sydney CBD she said to this day that period of rain between 10 and 11pm was the heaviest she has seen before or since 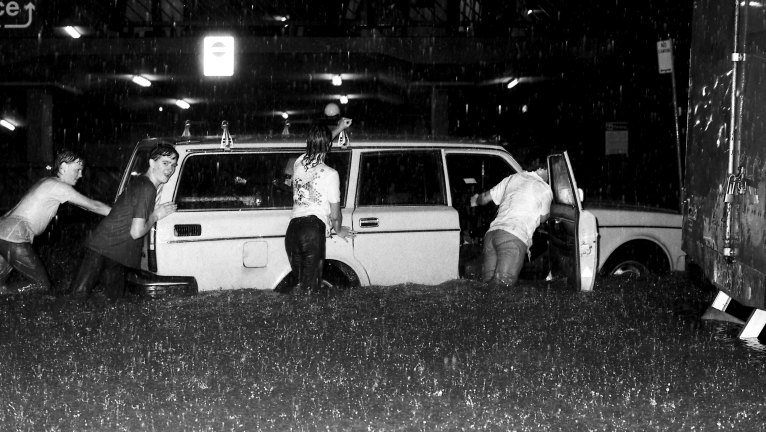 Richard said:
well done. Beat me by a moment.

It’s the same opening gambit by the same topic starter that had me in a twilight zone.
Click to expand...

I have a vague recollection of this ECL event - lived in Newcastle at the time. Storm drains along Newcastle Rd Broadmeadow near the stadium flooded.

I remember the ‘86 event very well. We were setting up a new shop in Fairfield. It was bucketing down. I left the shop at 5pm, headed for our warehouse in Girraween. After four hours of bumper to bumper, mostly stationary traffic, I ran out of petrol just short of the Great Western hwy. I waded through knee deep water to cross the highway and was climbing over fences through the factory area trying to get through to our warehouse. All the access streets were under water. A couple of cops shone their torches on me and asked what the hell I was up to. I explained my circumstances and they wished me the best of luck.
I asked them if they could give me a ride. They burst out laughing and shone their lights on a little blue bubble in the muddy torrent 20 metres away. It was the light on the roof of their submerged patrol car.
I arrived at our warehouse at 9:30pm, looking and feeling like a drowned rat, very pleased that we had fleecy tracksuits in stock, caring not that they were red ones (until later that night discovering that we got them cheap because they were not colour fast).
Ahhh. The good old days!
Reactions: cruisin along, Fozzie Bear, Long Road Home and 3 others

Yep, I remember it. I grew up in Winston Hills near Toongabbie Creek, it was the flood that took the bridge on Oakes Road, the houses on the old windsor Rd side were up to or over the roof, same for downstream at westmead along Briens Rd, Darcy Rd area.

My English teacher lived in Freemans reach and didn't return to school for a few days. the stormwater backed up in our street and we had enough flooding in front of our house that dad couldn't reverse the car out as the exhaust went under water (steep driveway back then and just enough water).

Forgot to add - there was a king high tide at the peak of the flood water height which is what added to the houses going under along Toongabbie Creek and the flooding in Parramatta/Westmead.
Reactions: Long Road Home, sbm_, Joshua Randazzo and 1 other person
L

Some interesting stories there, I do recall reading somewhere that a lot of people were trapped in the city and ended up sleeping in their offices. Would've been quite an experience

This event was discussed on Weatherzone as I recall. It also pops up whenever the talk turns to ECLs, so deja vu is understandable.

Sydney (OH) had its wettest day ever, at 328 mm. Also worth mentioning is that this followed 88 mm the previous day, with a further 32 mm the day after that, for a total of 448 mm (nearly 18”*) in three days, a more intense event than the one just finished. It was all the more remarkable for occurring at what is normally Sydney’s driest time of the year.

I remember the event. I was living at my current address, a medium rise building on the side of a hill. Flooding isn’t a problem here except that that day it was. The basement car park flooded, with the water reaching the lift, filling the bottom of the lift well and destroying much of the lift mechanism. The lift was out of action for 6 weeks to be repaired. First world problems I suppose but tough on elderly residents on upper floors. The Owners Corporation put a ‘speed hump’ in the corridor leading to the lift to hold back future car park floods. Since that time it has never been breached (or even reached).

On a more tragic note, a local was swept to his death in a flash flood in what was normally a small watercourse on the route of the future Gore Hill Freeway.

* conversion error corrected in edit.
Last edited: Mar 25, 2021
Reactions: Joshua Randazzo, Normo and Homer
You must log in or register to reply here.
Remove ads with a
Ski Pass