There is some ice and snow on the mountain , snow play at this stage . it has been very cold this weekend and the snow sports crew have cranked up all three snow guns overnight . More snow is expected this afternoon and overnight . This coming week is also looking positive for snow with temps staying quite cold and fronts coming through at a regular rate during the week

fingers crossed more some good snow falls in the next week
Reactions: Fozzie Bear and D64133

Will anyone update reports this year?

Will anyone update reports this year?
Click to expand...

i will update conditions when i can once tows are operating.. i will check with other ben regulars if someone can take responsibility for updates on this forum .. cheers BLIM

Heard a rumour front slopes are open tomorrow... no promises though. Bass and Summit are ready to go though. Snow was wet in the morning but really nice in the arvo. Skiied over to Giblin last thing today, knee deep in spots, but the wind was starting to develop a crust in places. Still windy, has stopped snowing.

A bit quite in here but not on the mountain . Plenty of snow and currently very good to excellent cover on all slopes
Reactions: Untele-whippet

Currently -4.2, extreme southerly wind, visibility down to 50m. 3-5 cms fresh snow overnight. ALL LIFTS ON HOLD until winds drop. This includes Bass, Village, Summit, Fannies and Bills on stand by with staff ready to go as soon as winds abate.

Road icy with some snow across the plateau and ladder.

Note ski.com.au report not able to be updated.

ROAD CONDITIONS – Snow and ice on road. 2WD vehicles most likely advised to fit chains. ALL vehicles proceeding past the park registration area must carry chains and fit them where directed. Please follow the directions of the Parks Rangers.

Gear Hire and Cafe (Ben Lomond Snow Sports) are open 7 days from 9am to 4:30pm have all your hire needs covered right at the doorstep to the snow. This means no lugging your gear up from the car park, no mess, no stress and most importantly no worries. They have everything from clothing through to toboggans, skis, snowboards, boots, poles, snow shoes and lessons with qualified instructors! Pop in for a bite to eat for some great hot food and drink options from their café just off the snow or try one of their to die for hot chocolates and get it out of the cold. For more information about Ben Lomond Snow Sports hire options visit the hire page on our website.

It's gotta be the year to go back to the Ben. Come on Huey...give it to us.❄️

good snow falls on the mountain today at least another 10 cm . Snow expected to continue overnight. The mountain is very close to having enough snow to open IMO
Reactions: Bogong

Wow. Ten years ago this forum was receiving multiple posts a day, during the ski season anyway. I know that Facebook offers an alternative source of information now, but surely people still check it?
R

I thought the same.

Snow wise conditions should be pretty good in the next few days.
I was up there today but only bass was operating thanks to high winds
Hard to say how much snow actually fell because its was so damn windy but could be anywhere from 10-30cm
Lots of snow on the trees from around 600m elevation

Also shout out to the parks staff member who told me to put on my chains on way too early. 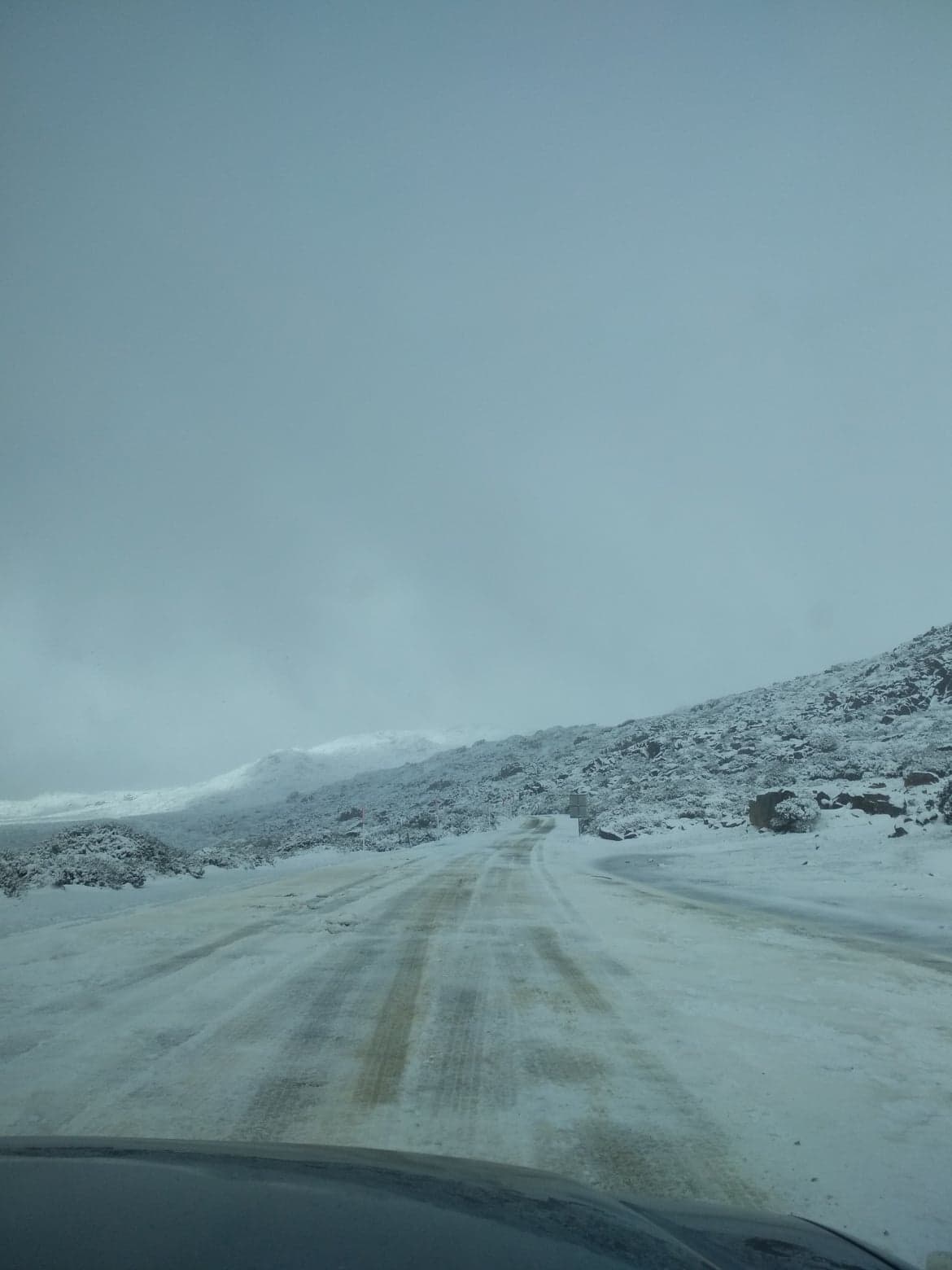 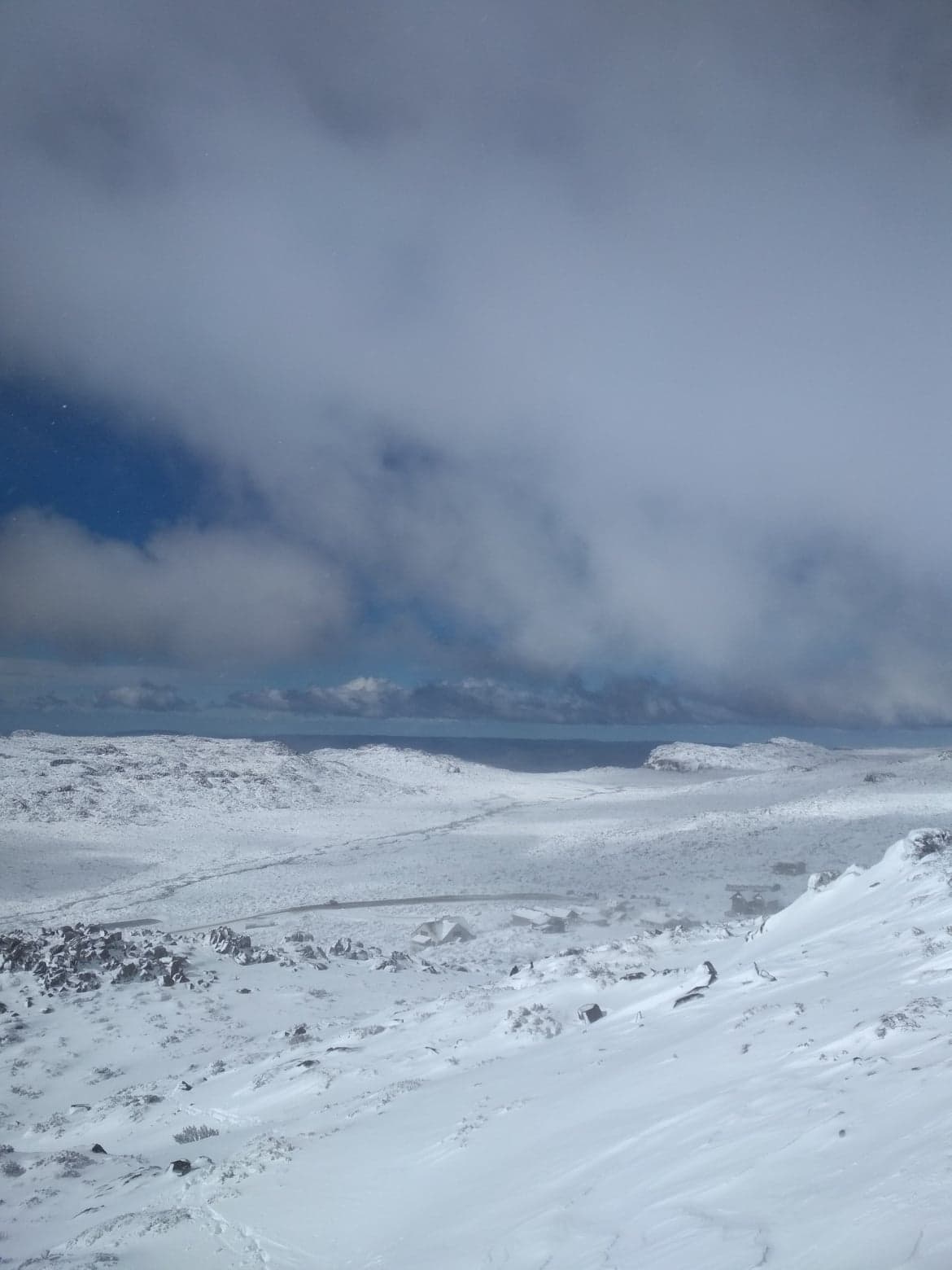 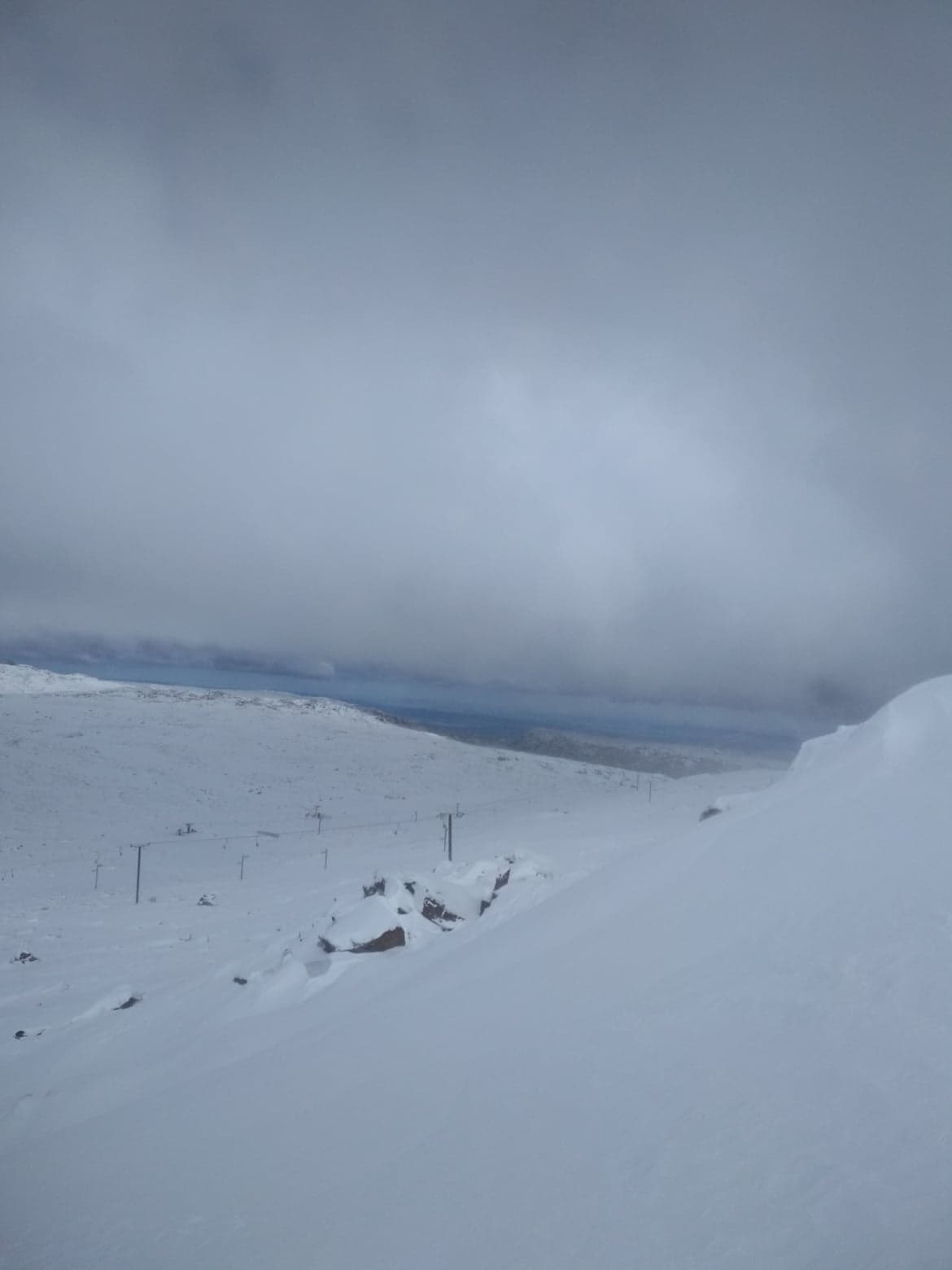 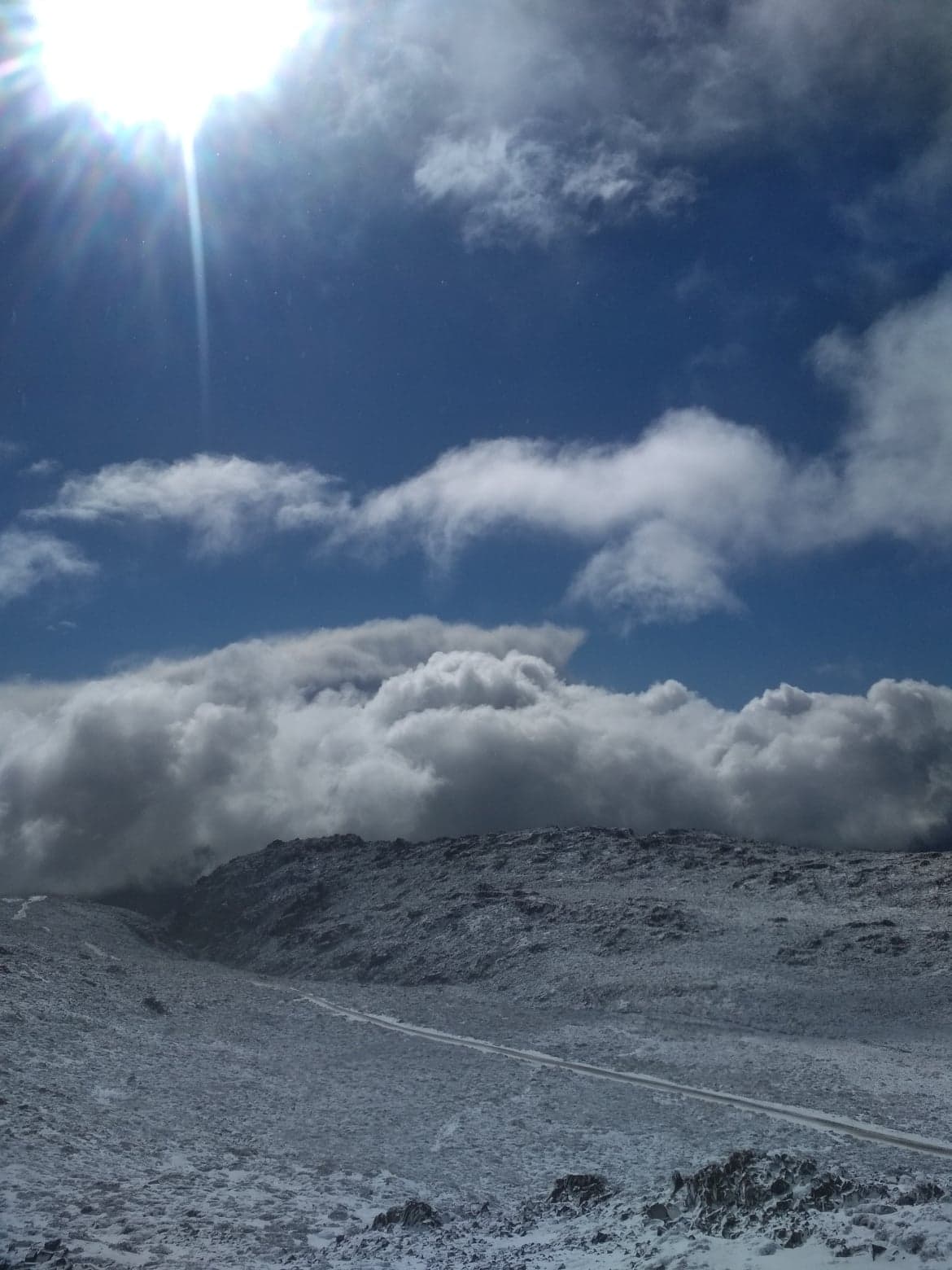 2020 season approaches - some say it could be big , lets hope this is true and we can use it. More to come , stay tuned
Reactions: Untele-whippet, sircrackerjc, Schwarzer Mann and 4 others

BenLomond Iceman said:
2020 season approaches - some say it could be big , lets hope this is true and we can use it. More to come , stay tuned
Click to expand...

So, with Jane Bunn predicting snow down to sea-level ('potentially'), how much snow is needed to open the mountain? or will it not open this year?

This article says that one lift has operated on two days. Not good for the mountain.

Ben Lomond's ski future looking bleak but not just because there's no snow
It's been a ski season unlike any other in Tasmania.
COVID-19 cast doubt on whether there would be a season at all on Ben Lomond in northern Tasmania.
And then mother nature played her role.

Kate Williams and her family have operated the ski lift business, Alpine Enterprises on the mountain for nearly 50 years.
With coronavirus constraints, a lack of tourists and not enough snow for skiing, this season has been one of their worst.
"We've had very poor snow falls through the whole year," Ms Williams said.
"So far this year we have done two days on one lift so it's very close to the most challenging we've had."

Ben Lomond Snow Sport owner Felicity Foot says it is the season they have been "dreading for years".(Ben Lomond Ski Village)
It's a similar story for other business operators on the slopes.
Felicity Foot from equipment hire business, Ben Lomond Snow Sports said it had been challenging.
"It's the season we've been dreading for years," she said
"We've had four quite good years and now with this one, it's one out of the box."

Search for a buyer

One lift has been operating for only two days this year.(ABC News: Damian McIntyre)
There are now concerns about the future of ski infrastructure on the mountain.
The ski lift business is for sale, but has not attracted a buyer.
The Ben Lomond Committee is worried there will be no lifts operating at all if a buyer is not found.
The group's president, Bernie Einoder said the future was looking bleak unless someone stepped in.
A contingency plan is being formed.
"I'm trying to gather together some sufficient interested people to form a syndicate to buy the ski lift business," Mr Einoder said.
"The ski lift syndicate is a contingency plan in case nobody else is going to do it."
So far, there are three interested buyers.
Ms Foot said the ski lift business was vital.
"Not to have lifts would put another nail in the coffin of Ben Lomond," she said.

Ben Lomond ski lift owner Kate Williams says she will not walk away until a buyer has been found.(ABC News: Damian McIntyre)
But Ms Williams said the fears were not justified.
"I don't plan to go anywhere until the business is sold," she said.
"Our family's done almost 50 years so I think it's time someone else took it to the next sort of level."

Calls for more mountain cash
The push for further investment in the area is growing.
Plans for a new public shelter are underway after fire ripped through the last one two years ago and destroyed the area's only hotel.

Those who use the mountain want more government and private investment in facilities.(ABC News: Damian McIntyre)
Mountain enthusiasts say that's not enough and are calling for more government funding for facilities to make it a year-round tourist attraction.

"Ben Lomond is so much better than Cradle Mountain," Mr Eindoer said.
"Cradle Mountain's got Dove Lake, we've got snow but Ben Lomond's got the most magnificent rock climbing.
"It's fantastic in the summertime to take photos because the vegetation is ancient vegetation because it's been above sea level for nearly 20 million years."

Business owner Geoff Foot agrees.
"It needs government money to come in and make the place the icon it could be," he said.
"Ben Lomond is just waiting to be developed and something decent done with it."
The push for government funding for more bike trails, walking tracks and visitor facilities is continuing.
Mountain users and business operators like Ms Foot hope that will lead to more private investment.
"We're so close to town, it's such a good area," she said.
"When it is covered in snow you could look up there and think 'I'm in Austria, I'm in Switzerland'."