You are using an out of date browser. It may not display this or other websites correctly.
You should upgrade or use an alternative browser.
X

Anyone interested in an free weekend with a little work thrown in. 15-17 Nov 2019. The work is not hard and there is an opportunity for about 8 to get a white water rafting experience on the Mitta Mitta river on the Saturday with the possibility of another shorter trip on the Sunday. Other work will be on foot both days but you will be working near water and maybe in it. We collect a microscopic insect called a gall mite from infected plants and distribute it to unaffected plants in areas where sprayers cannot get to. The rafts provide good access for this and the rafting guides are all qualified. You would also have all safety gear supplied. To be involved you have to register as a volunteer (if not already) with Parks Vic and then join the activity at this page. https://www.parkconnect.vic.gov.au/...vity/?id=74ff85e7-03eb-e911-a812-000d3ad1c24a
All meals are provided and it is not a sausage sandwich for dinner. Wood fired pizza Friday night and a lavish BBQ Saturday. Accommodation also provided at the Glen Wills Retreat but you have to bring a sleeping bag to save washing sheets and keep the cost down.

Gall mite has the potential of controlling the expanding invasion of English Broom in our parks. It has been well tested as a bio control agent and we are already seeing significant signs of its affect in some areas.
Last edited: Oct 16, 2019
Reactions: skiflat, Chaeron, Majikthise and 5 others

Thanks for organising the event. I can't be there this year as will be off on the Snowy. Keep an eye out for any new Willow's that are popping up and we'll get stuck into them over the summer with CMA/FOTM.
Reactions: Chaeron

is this still Cytisus scoparius? And do you have a Scottish bacground that prevents you from calling it Scotch broom like the rest of the world?

climberman said:
is this still Cytisus scoparius? And do you have a Scottish bacground that prevents you from calling it Scotch broom like the rest of the world?

As a matter of fact I do but I usually don't get into the politics of plants. As far as I can tell, it doesn't have any notable accent but it is very invasive so English fits better. I am also from convict first fleeter stock.
http://vro.agriculture.vic.gov.au/dpi/vro/vrosite.nsf/pages/weeds_shrubs_english_broom
I don't think it was the Scot's who brought it here. The rest of the world can fall into line with Australia.
Reactions: crackson, Chaeron, neilmny and 4 others
X

I have just edited the link for the activity page. It works better now.
Reactions: climberman

I understand that the FOTM will be using a Drone this week to survey the Broom and the willows from Big River Bridge to Hinno.
Looking forward to seeing the footage
X

Still a bit too early to do the drone. Not enough in flower. I'll pass on watching it. Just tell me the highlights. I think I already know the result.
Reactions: Wally and Chaeron
C

Victoria? In a canoe?

crackson said:
Victoria? In a canoe? 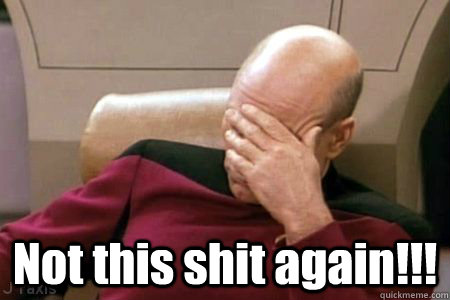 Wally said:
I understand that the FOTM will be using a Drone this week to survey the Broom and the willows from Big River Bridge to Hinno.
Looking forward to seeing the footage
Click to expand...

We were out with local Landcare today spreading gall mite on properties. Heard the drone was on for today (saw them at Bundara bridge driving to town) but only doing from the Bundara put in to Hinno. Funding did not allow for more. FOTM have done a good job on the willows.
Reactions: Chaeron, Myazma, Telemark Phat and 1 other person

How did the event go @Xplora?
Reactions: Chaeron
X

Things went incredibly well once we got over a few minor hurdles. I can say we placed twice the amount of gall mite out this year compared to last (and probably the most amount ever placed in the history of the program) and have also found it in other areas. A good number of keen and fit volunteers were pivotal. These guys worked hard but I feel some felt it was more fun than work rafting. We also found Broom that was dying from gall mite. The Glen Wills retreat was again the perfect place to start and finish. Next event will be a survey sometime in Autumn 2020 to determine if things are taking.
Reactions: skiflat, Chaeron and Wally

I’ll have time over the summer, own canoes & 2 boys to help, so if any more needs to be done PM me and I’ll happily take it on - had a work commitment over the weekend so couldn’t come across.

Good on you for setting this up.
X

This is really a Park Vic initiative and it has been running since 2008. We have turbo charged it in the last couple of years but also thanks to some funding from Nth East CMA. We are thinking things will be winding down now. If the gall takes then it should spread on its own and if it doesn't take after what we have put out there then putting more will not improve things. Smashing areas with huge amounts of gall mite has only been done since we have been involved. Before then it was a matter of putting a small amount in limited locations. Next March will be the survey and we hope to have a better idea of what is going on. Thursday we are headed up Dartmouth dam with the Goulburn/Murray water to see the extent of the problem on the lower reaches. GMW have had its own gall mite program running around the dam for a bit and we can compare notes. There are some hard to get at areas north of Taylors crossing which we will do later. Logistics are bit more complicated for that section. I will put out the call for help again if needed. Unfortunately, if Parks are involved, all participants must be over 18. Parks carry the insurance for us.
Reactions: Wally, DidSurfNowSki, skiflat and 1 other person
You must log in or register to reply here.
Remove ads with a
Ski Pass
Share:
Facebook Twitter Reddit Pinterest Email Share Link
Top Bottom