Today your correspondent in the field and somewhat tottery Nordic skiing enthusiast rose at 6 am and went to XC ski at Lake Mtn. .The prospect of one more parking fee free day of XC skiing was too good to refuse.

I arrived at the Car park at 0930.@beefa skiing was there and we went off to ski the Hut Loop, a.k.a. The Boundary Hut ruins trail.

The groomed snow was icy and not very nice to ski on as we headed up to The Camp and proceeded to The Gap for lunch . We were both skiing on BC XC skis with metal edges.

It seems that approximately 10 cms of snow has fallen up there since Monday June 3rd. There was snow accumulating in bushes and clinging to the trees and vegetation and there were icicles in the dead snow gum boughs.

As we ascended higher to the Panorama trail via the Upper Muster trail the ski surface softened and improved and the sun began to come out.

The steep drop off and the bend just after the Lookout rock on Panorama trail were skied without accidents by both skiers.

The Hut Loop was pleasant in terms of scenery and weather but challenging because it is completely ungroomed and uneven . It was also quite physically exacting and required many different ski skills.

We took a break at the Hut ruins and then headed back to Panorama trail. I had a couple falls where I had to click out of my skis because they were buried and stuck in deep snow pockets along with my boots and I side stepped some terrain along the way too.

The snow cover along the Hut Loop was full of bare sections and protruding rocks, over hanging icy vegetation and was quite hard to ski on even in W I D E BC XC Madshus Epoch skis.

The Keppel’s hut track looked like it would have tested most skiers and we gave it a miss.

Returning from the Hut Loop trail head to The Crossways involved skiing down some icy sharp descending bends on the Panorama trail. They were easy to ski on, on the slow track on Friday May 31st , but on this slicker and icier surface I snow ploughed hard with the metal edges and still could not control my speed very well so I used the bum break in a soft pile of snow to the side of the track.

@beefa skiing and I parted ways where he went off to ski the ungroomed black run on the Long Heath Trail and I skied back to the Village via the more reassuring and less demanding Muster return trail. I figured my muscles were sore enough from snow ploughing hard on these icy groomed trails , and so Royston return trail would be too slick a descent for my Wednesday and I took it easy and had fun and rebuilt my confidence , rehearsed my skills etc. , esp. after the Hut Loop test and the Panorama trail spill.

We are being spoiled having Nordic skiing at LM in late May and early June so make the most of it before the precipitation that will not fall as snow appears and does deleterious things to the groomed trails next week.

Lake Mtn. Pre season skiing.... June 5th 2019.I need to ski more to improve my ski fitness and hone my skills. I have many more days to ski this season so I can only improve in both departments. 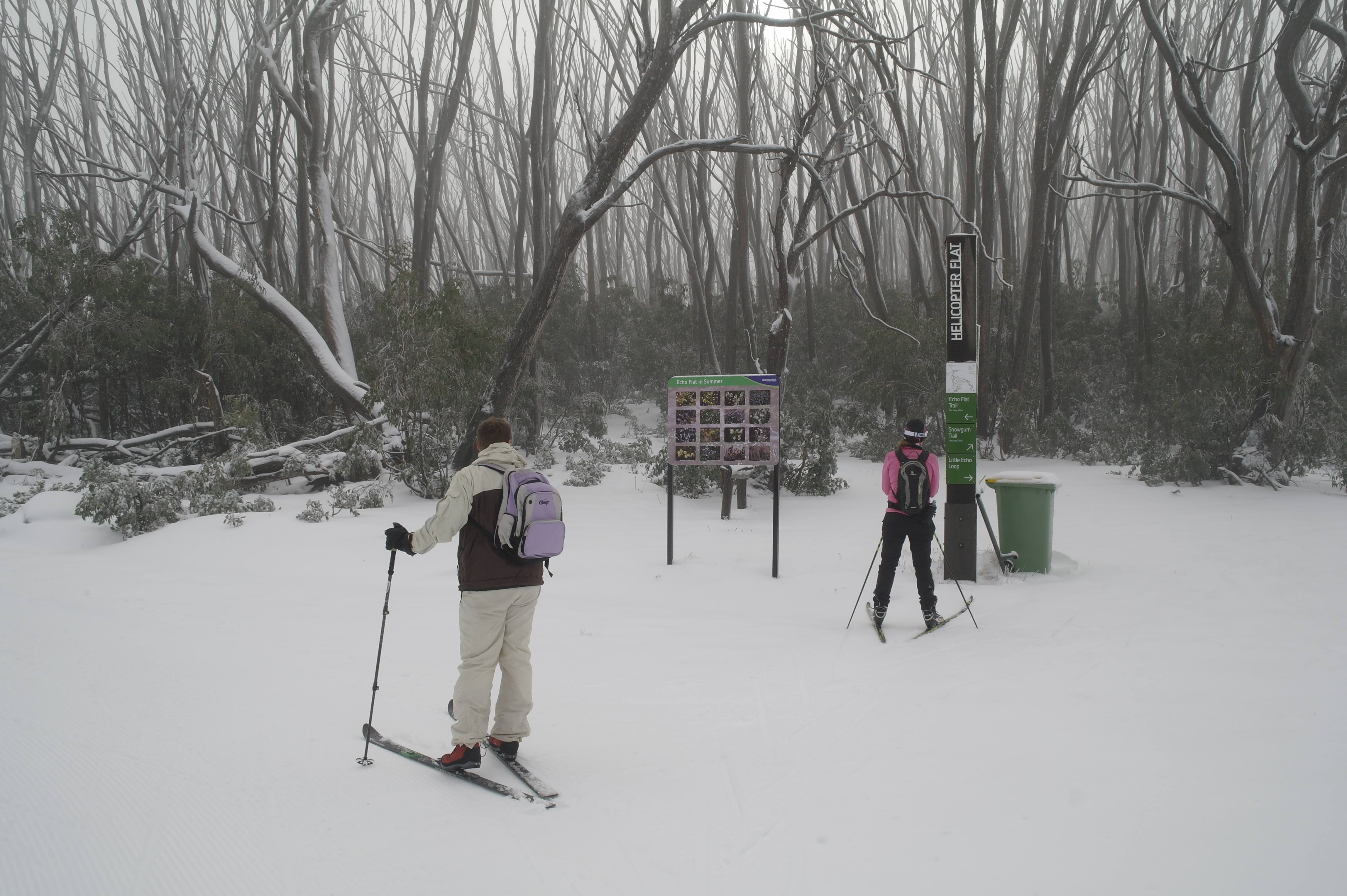 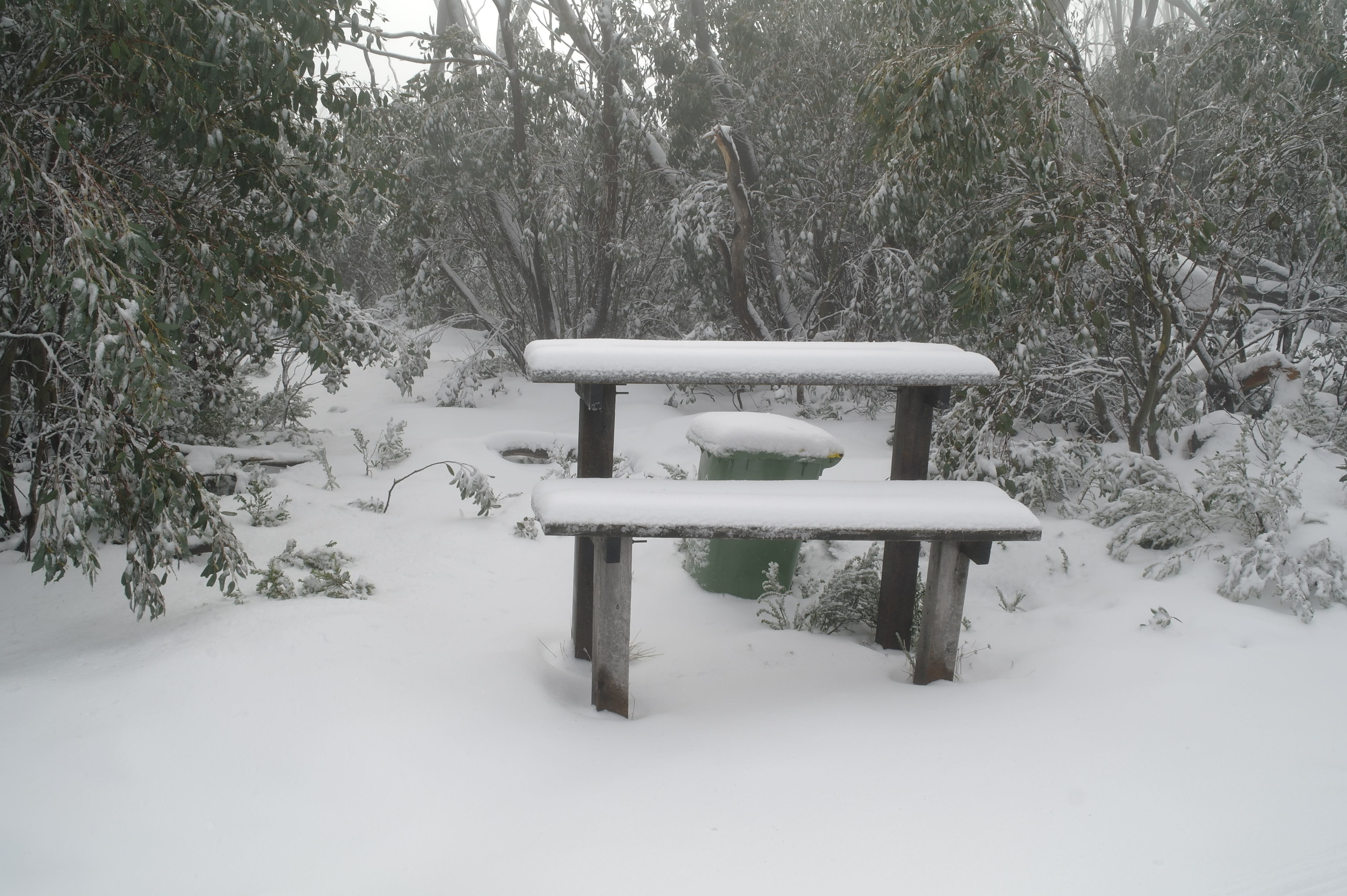 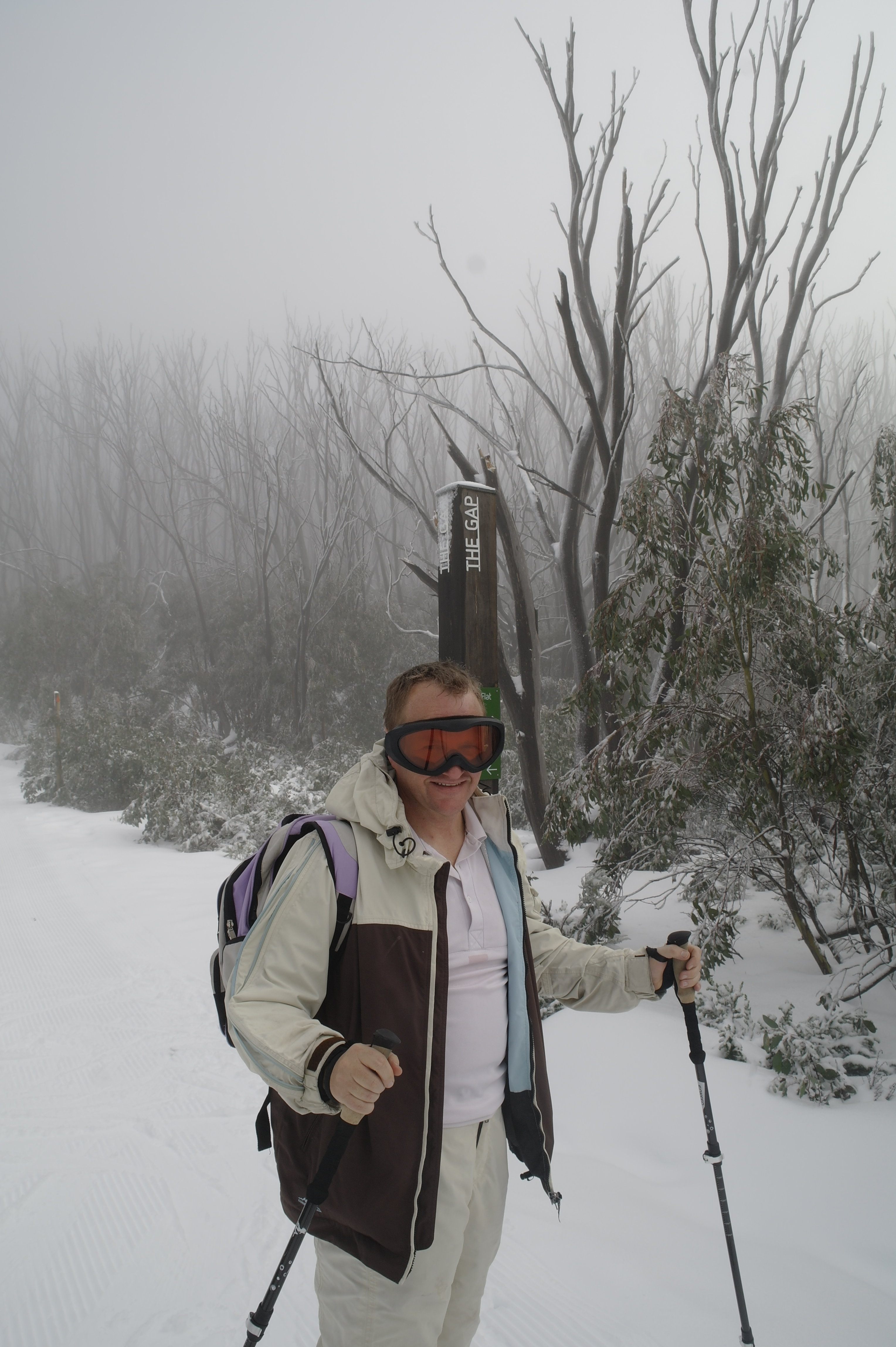 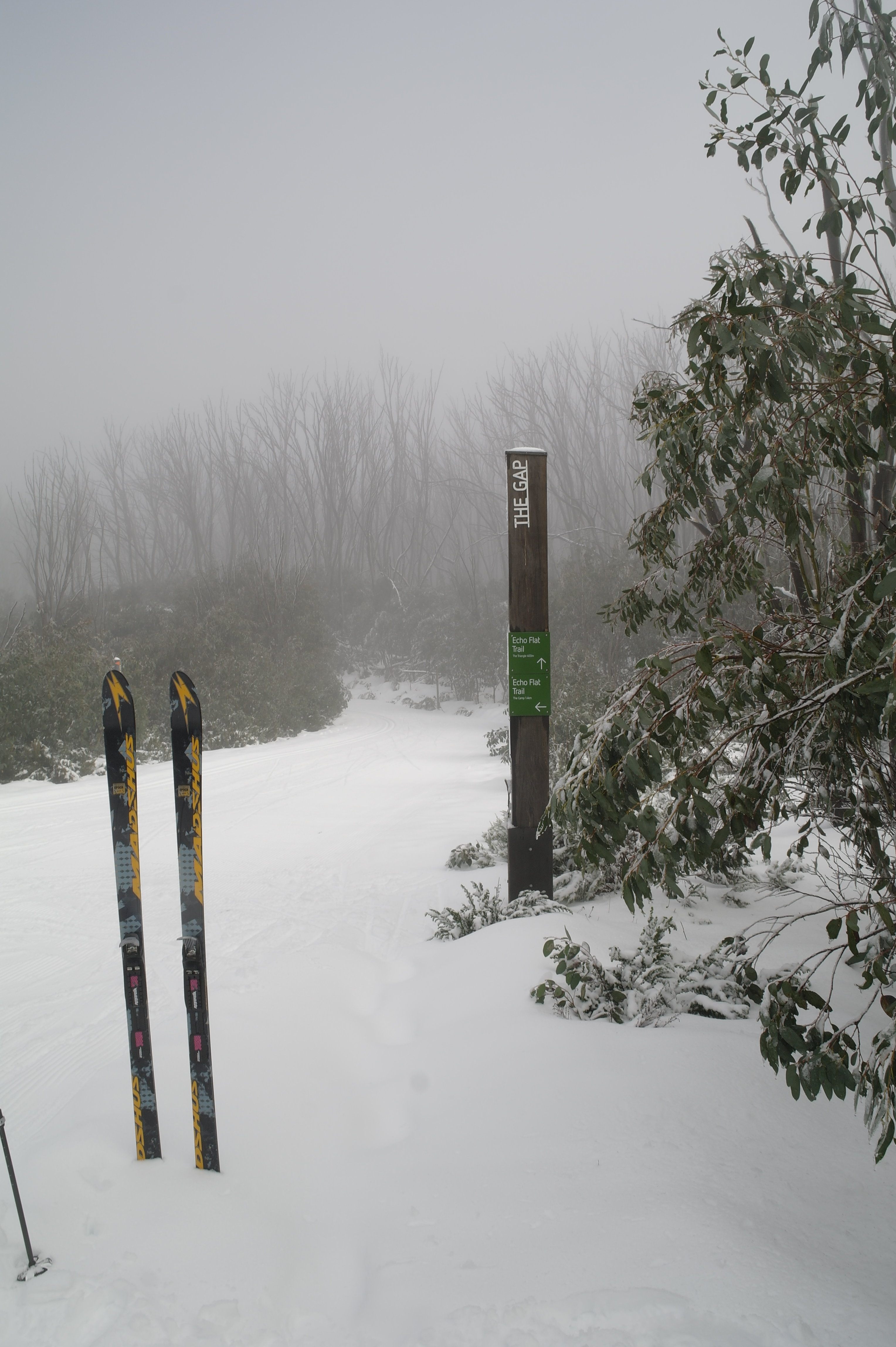 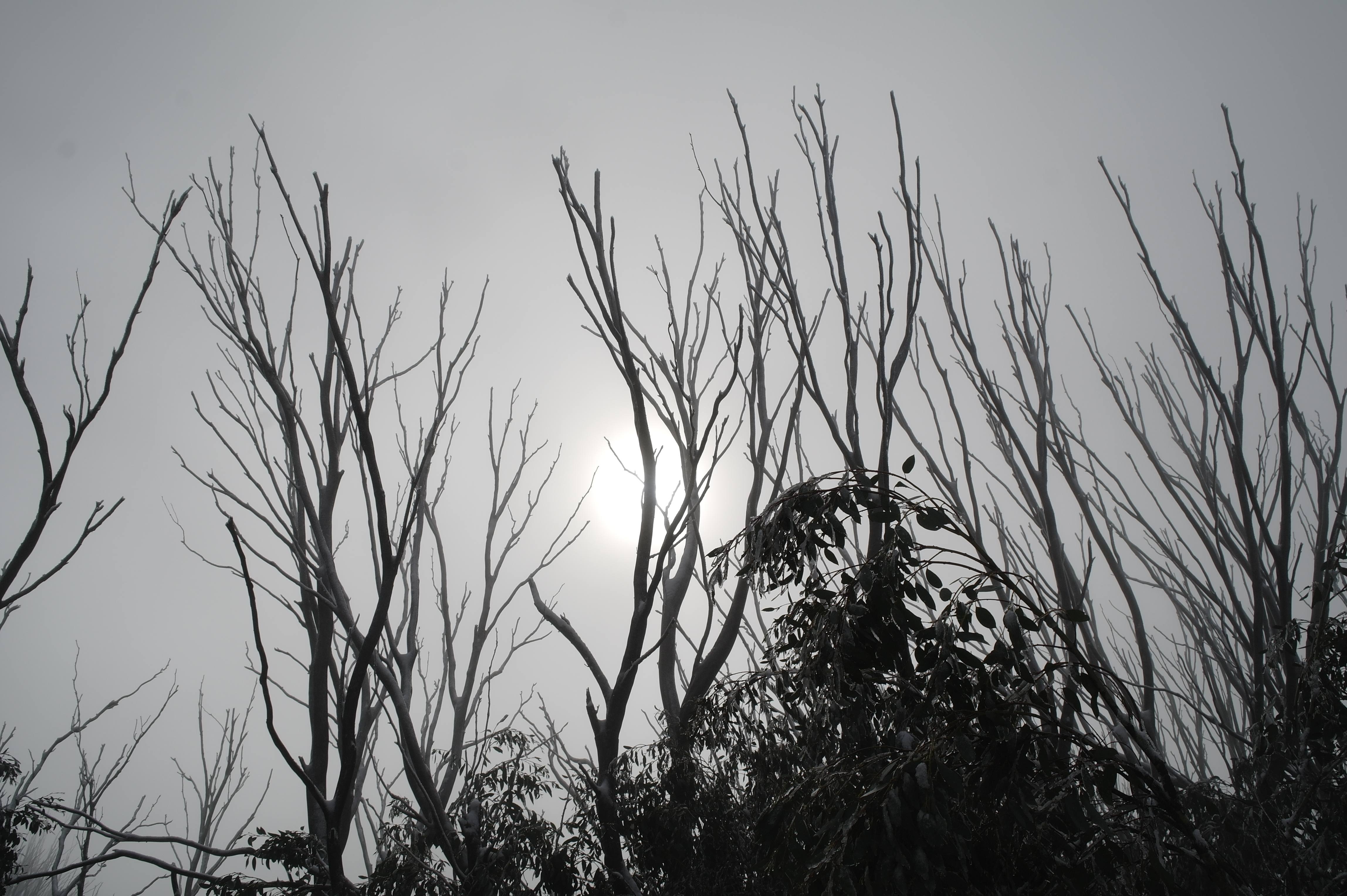 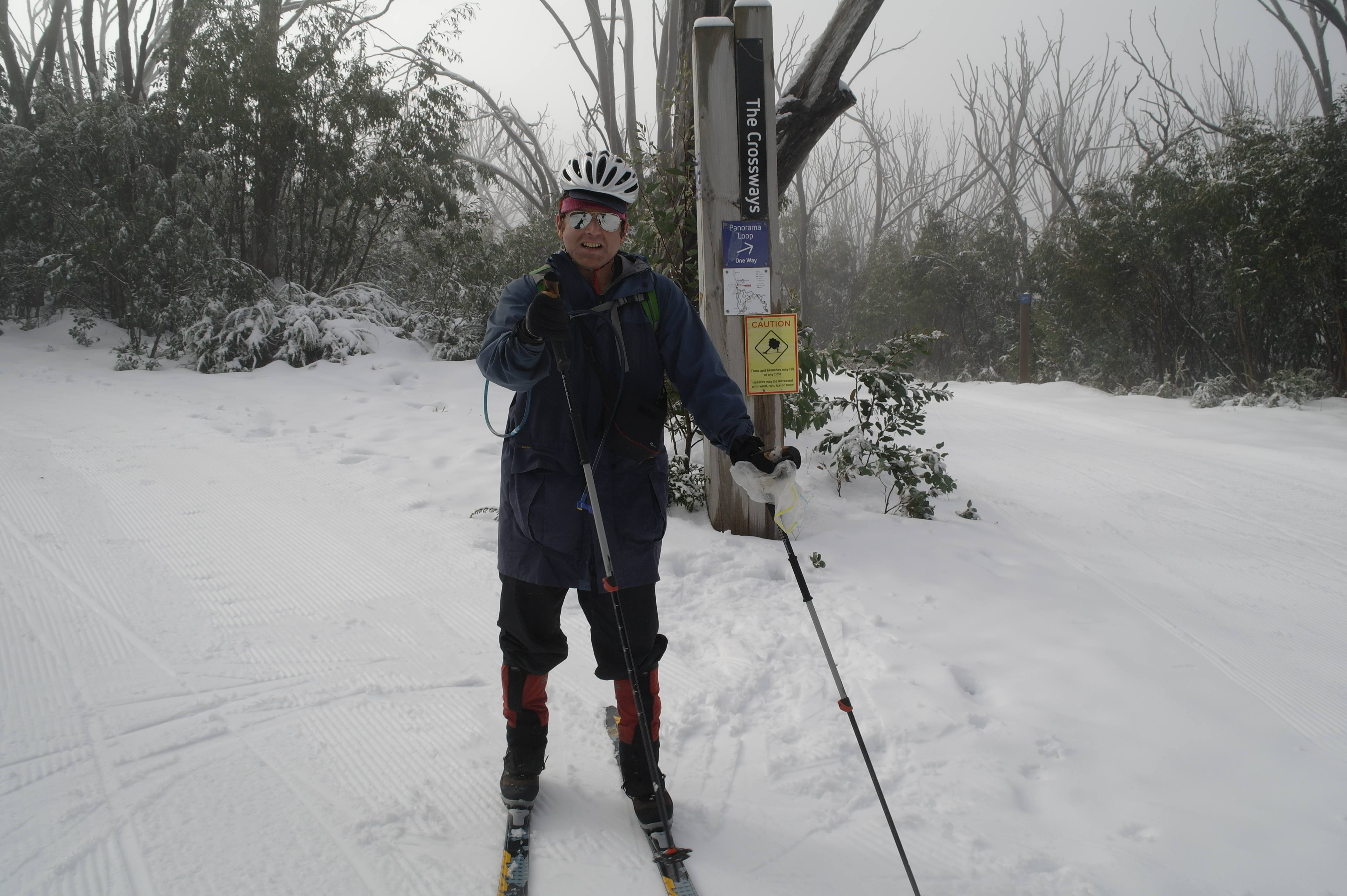 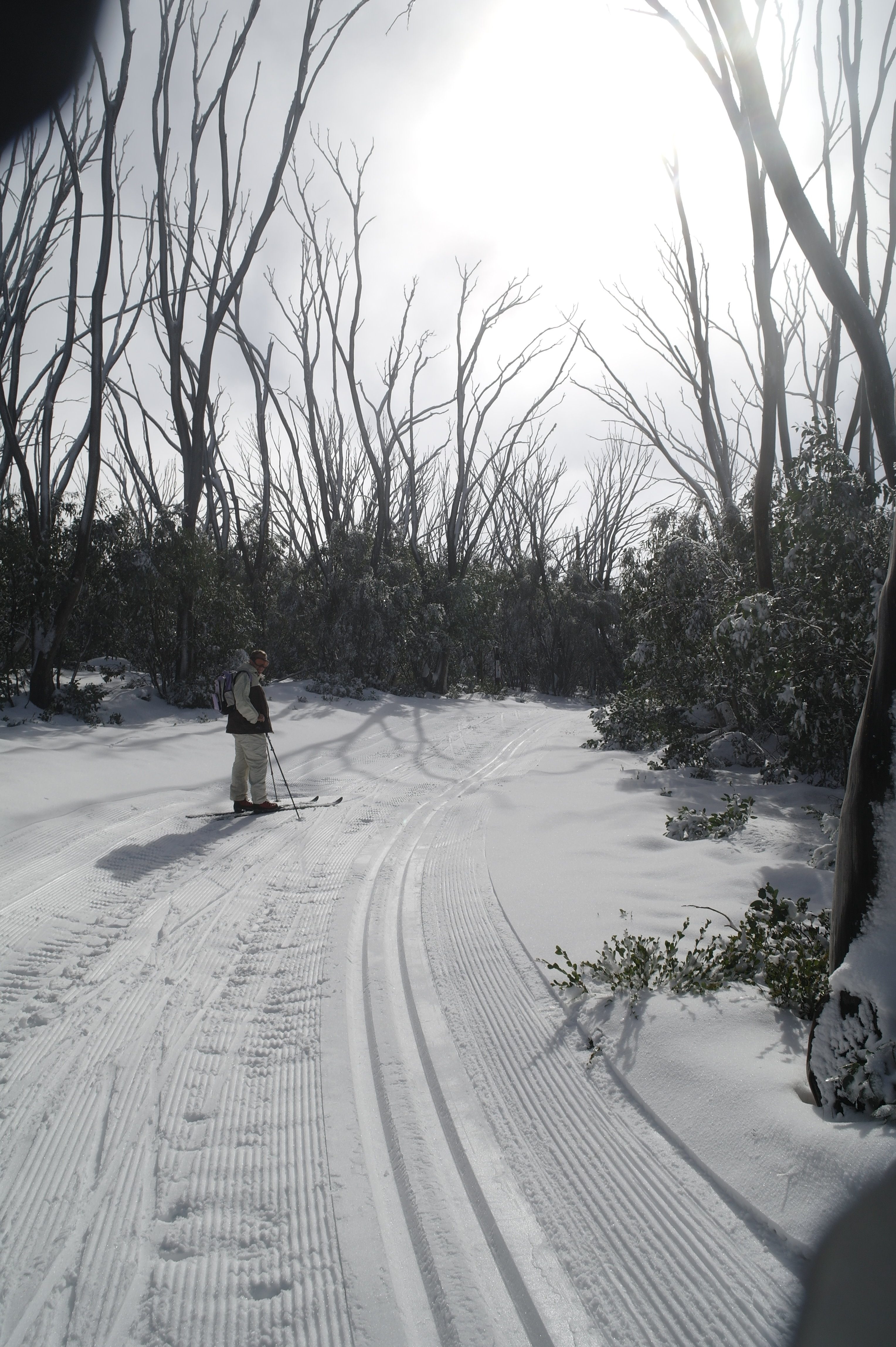 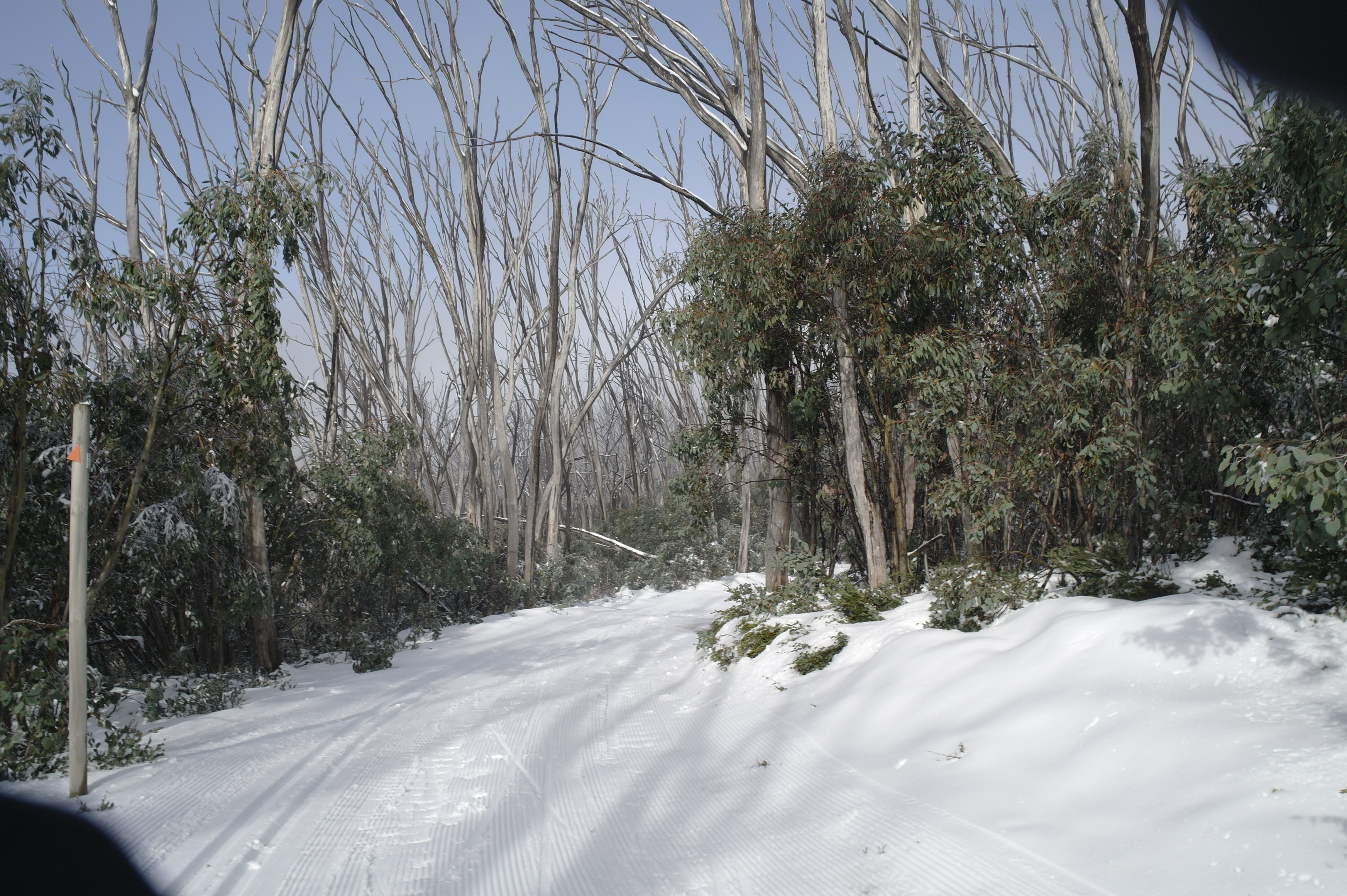 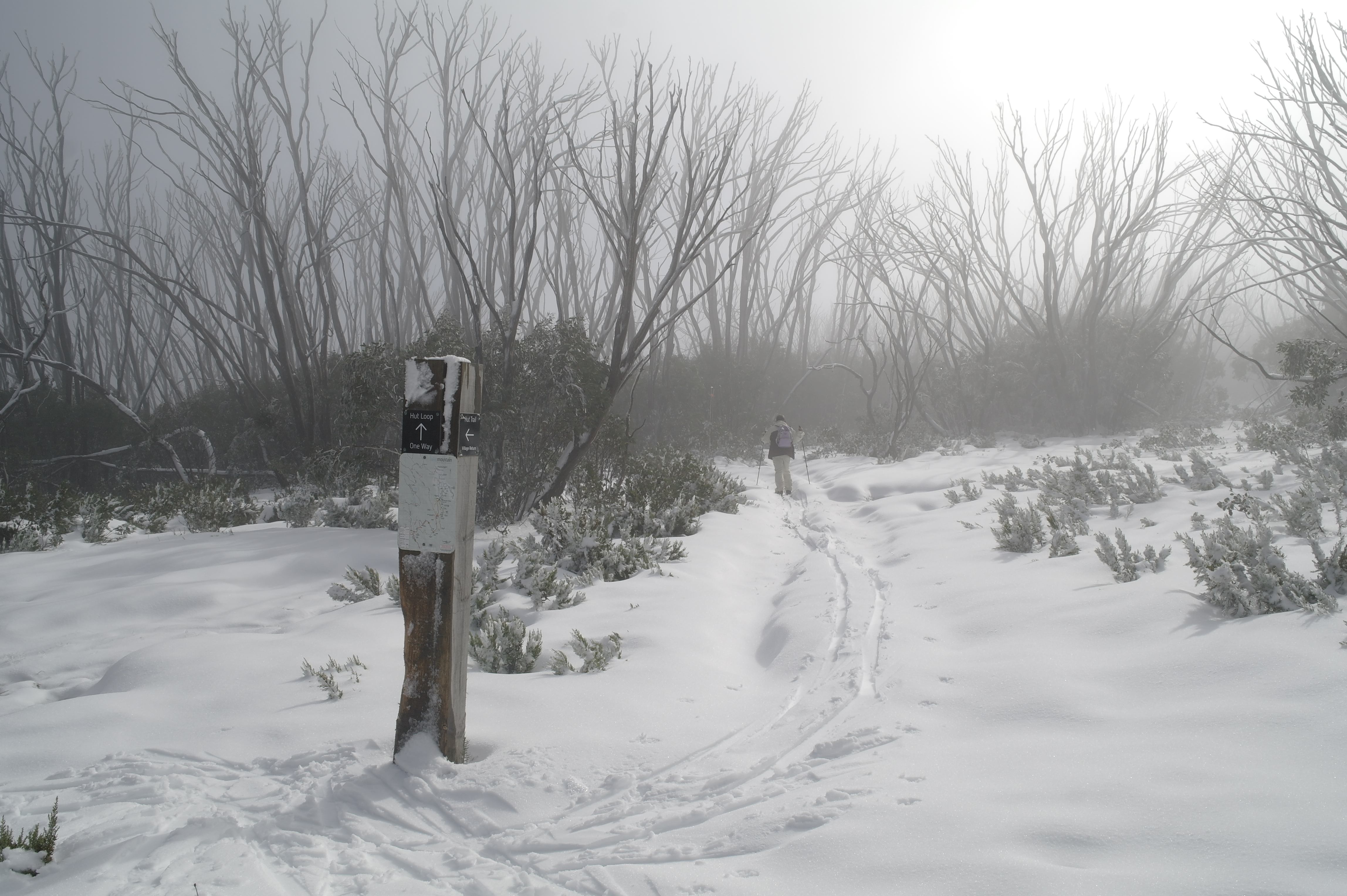 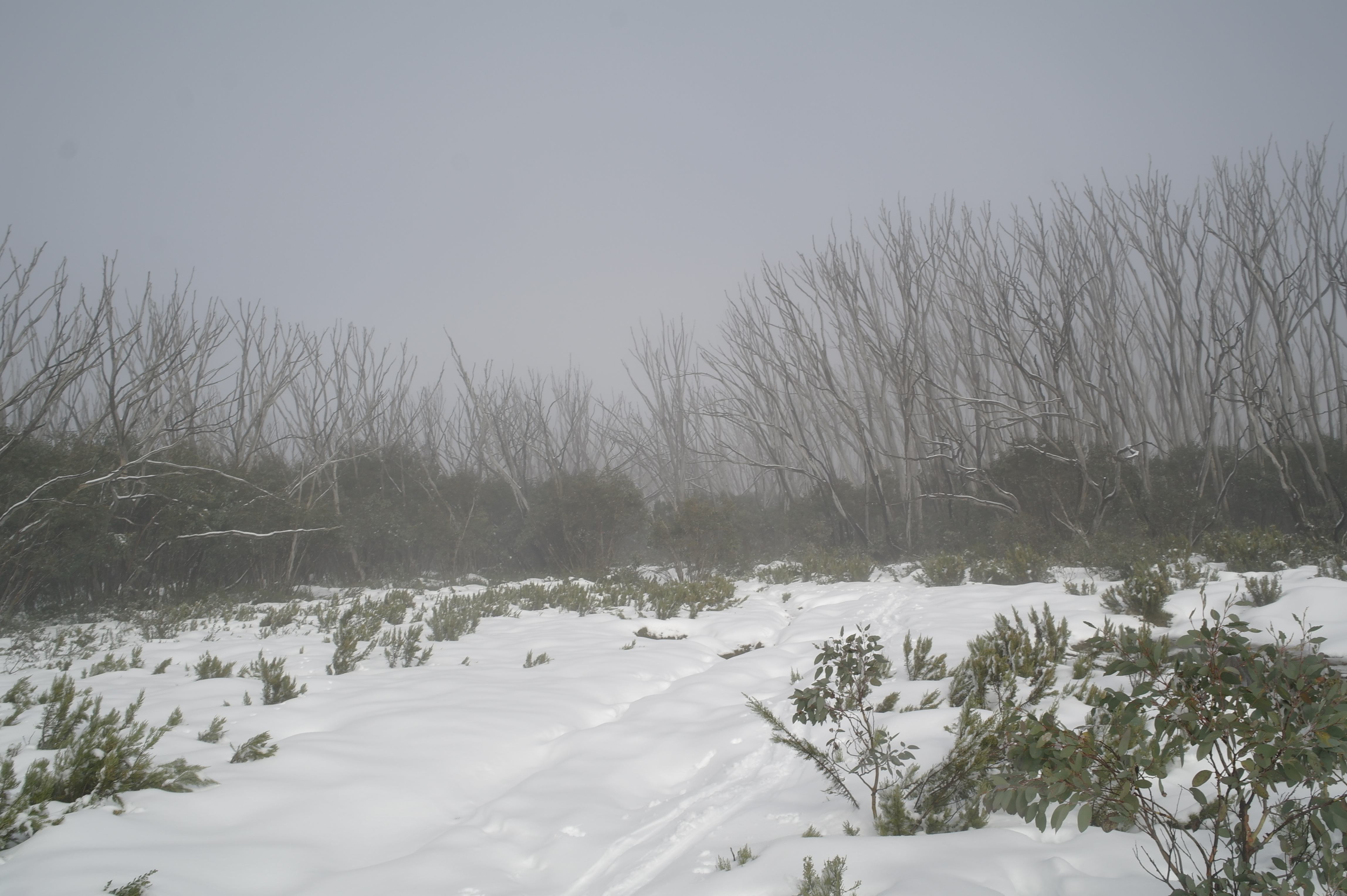 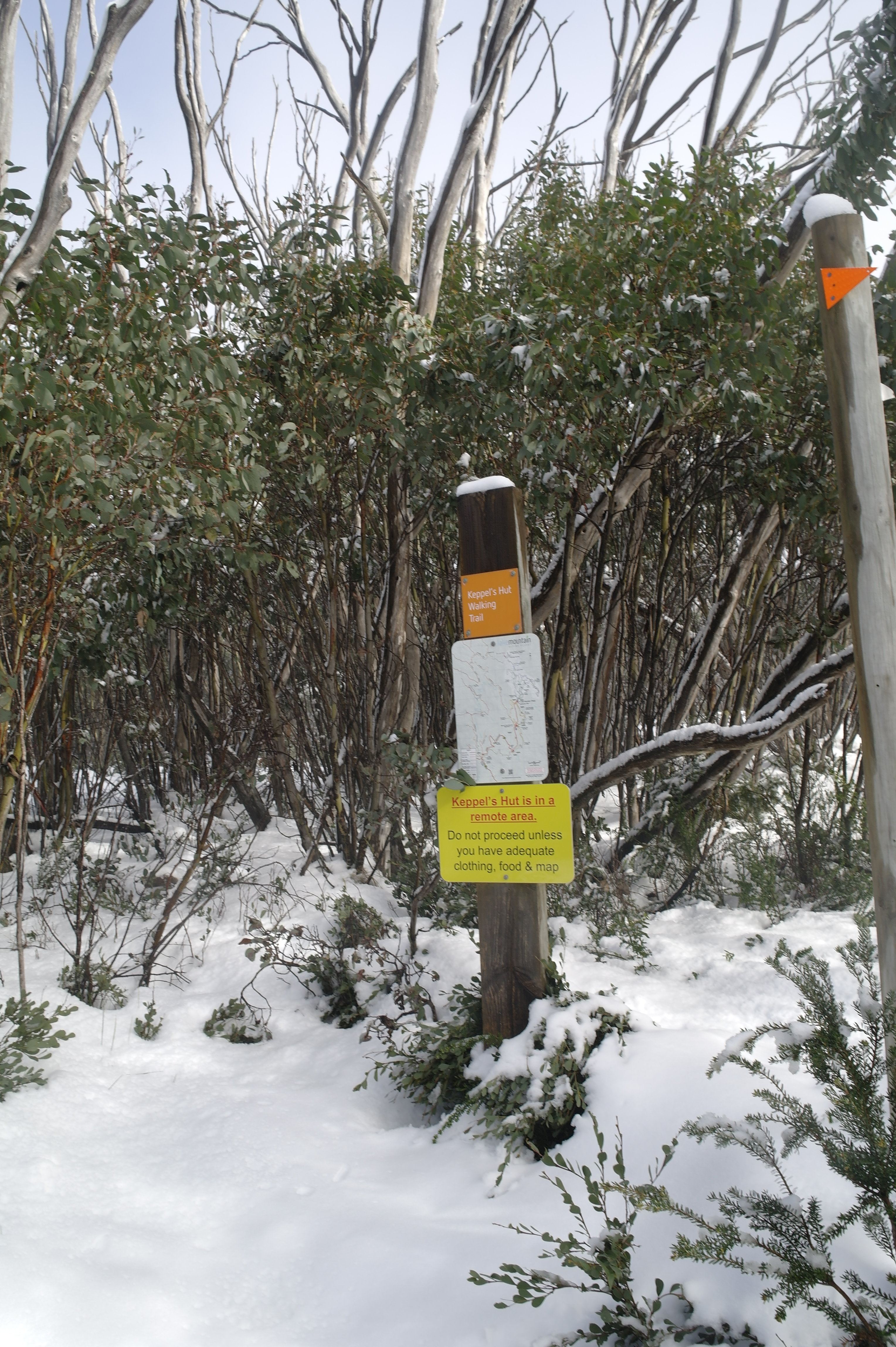 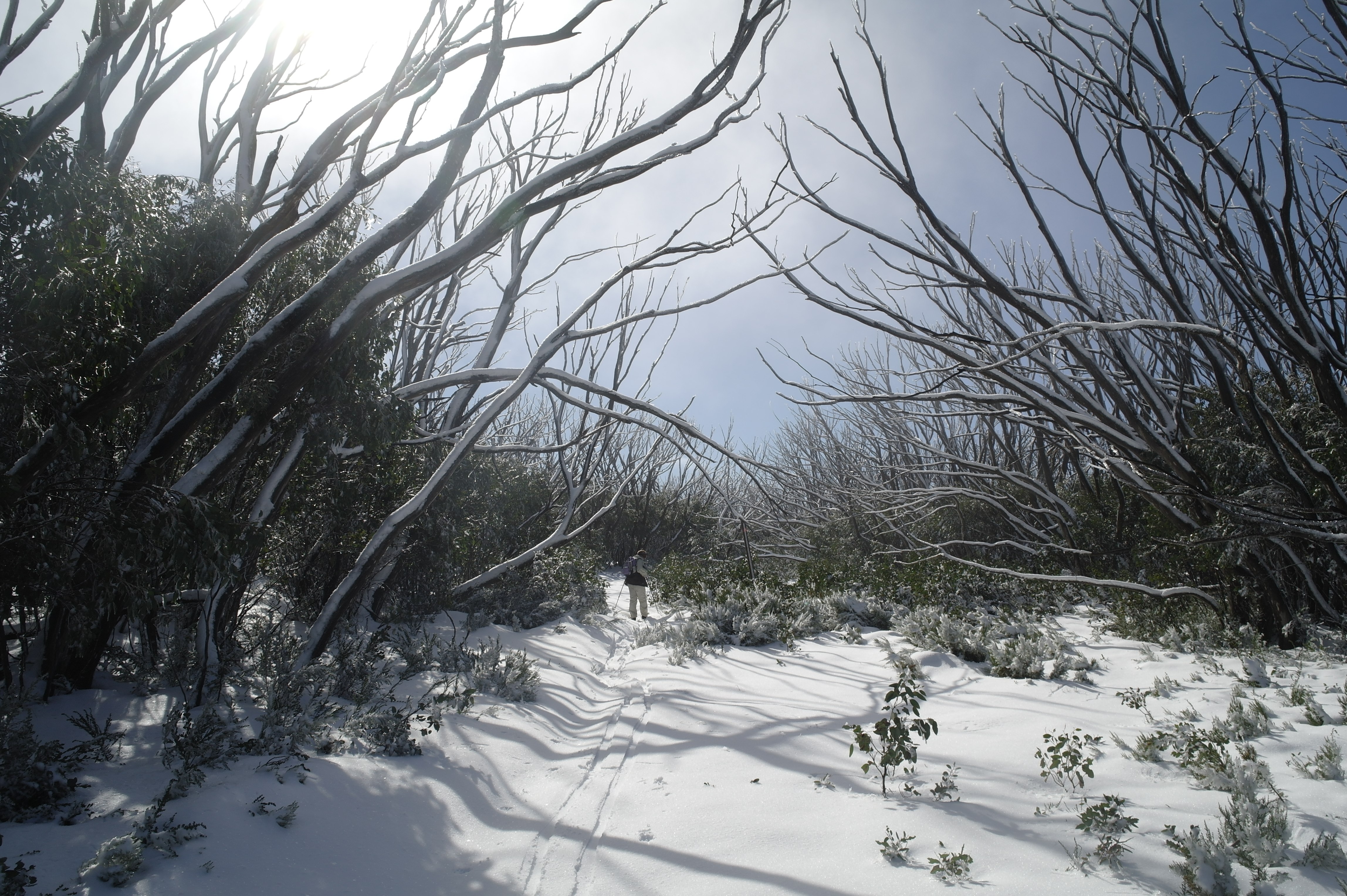 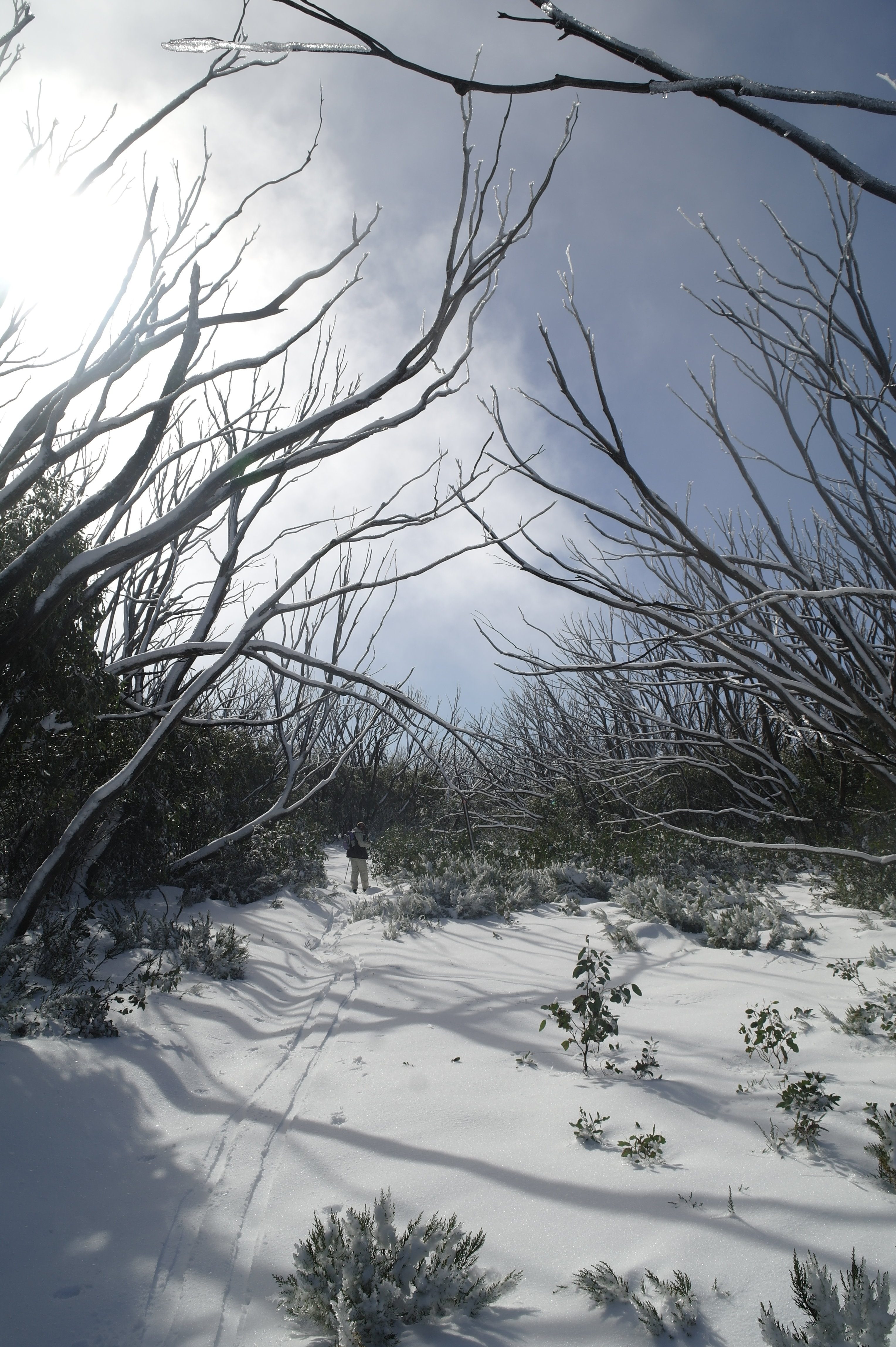 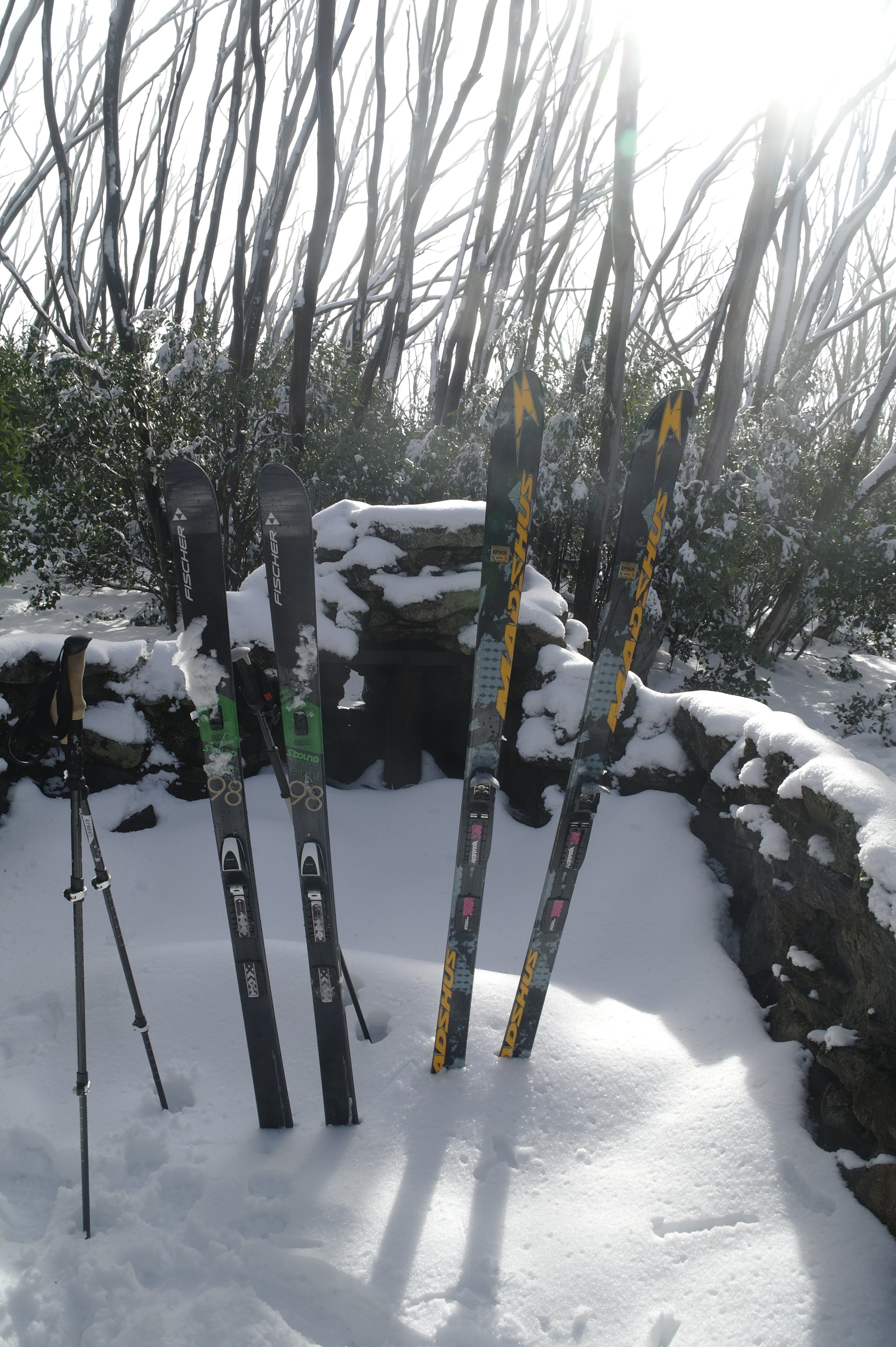 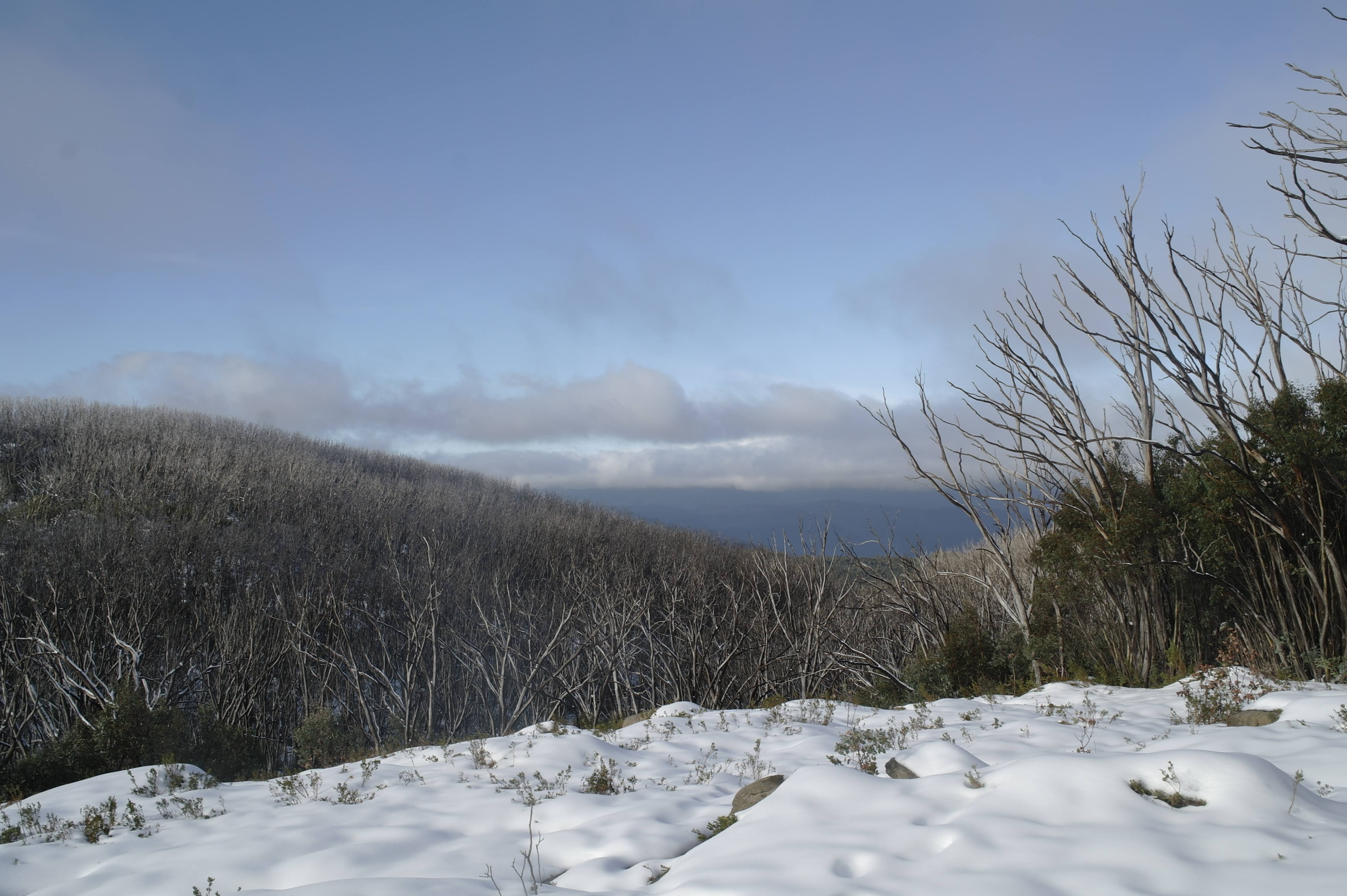 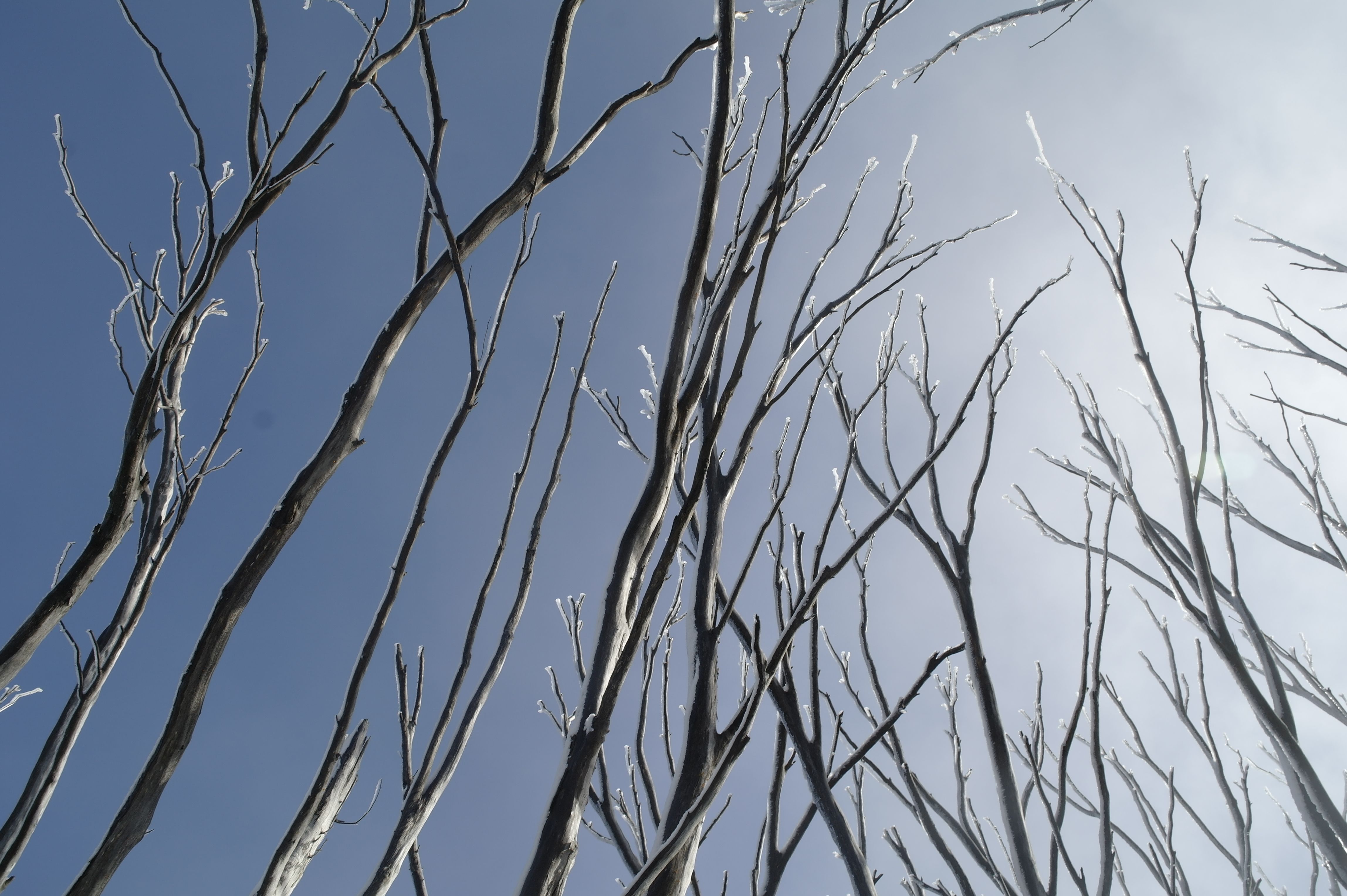 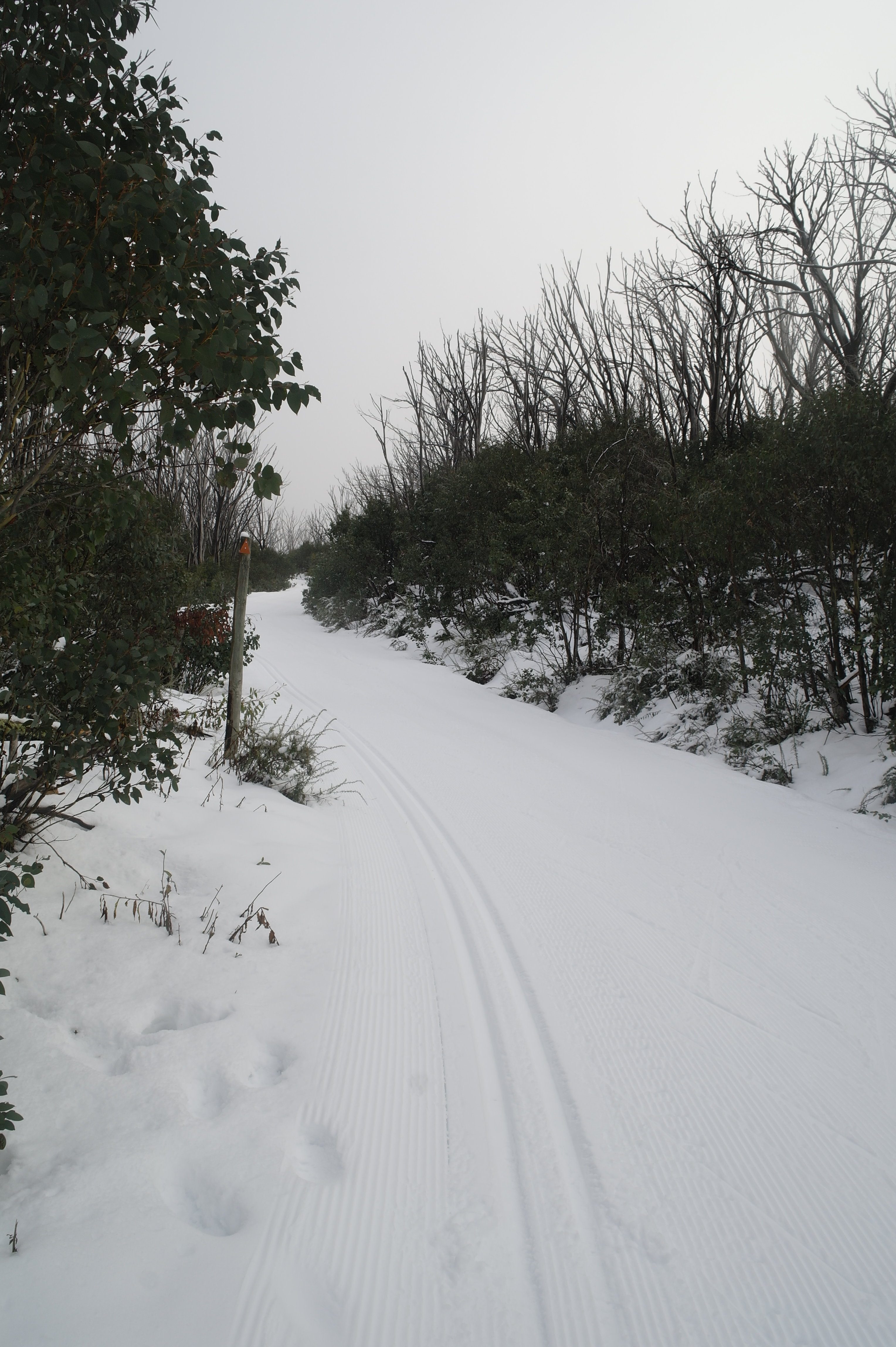 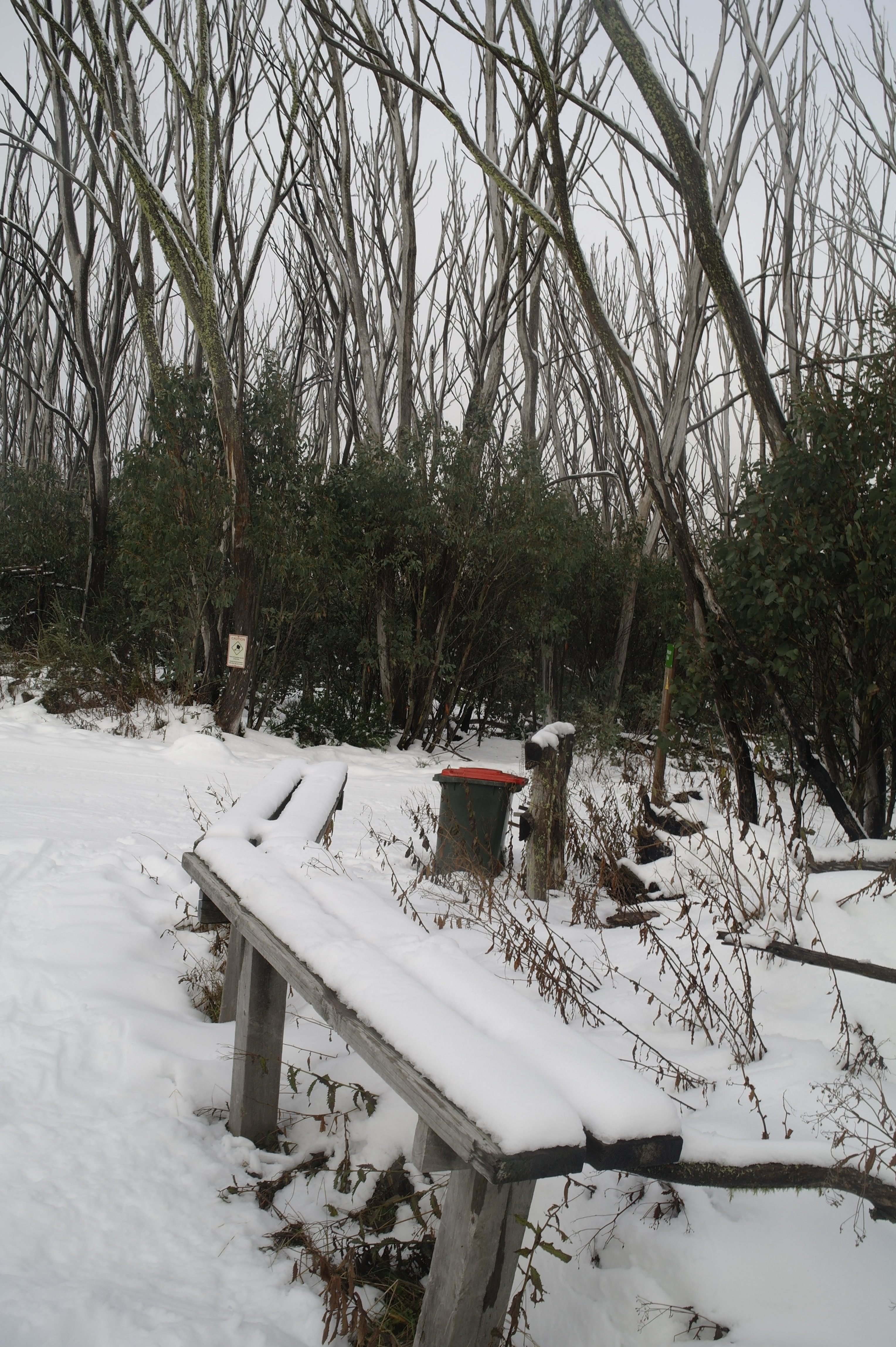 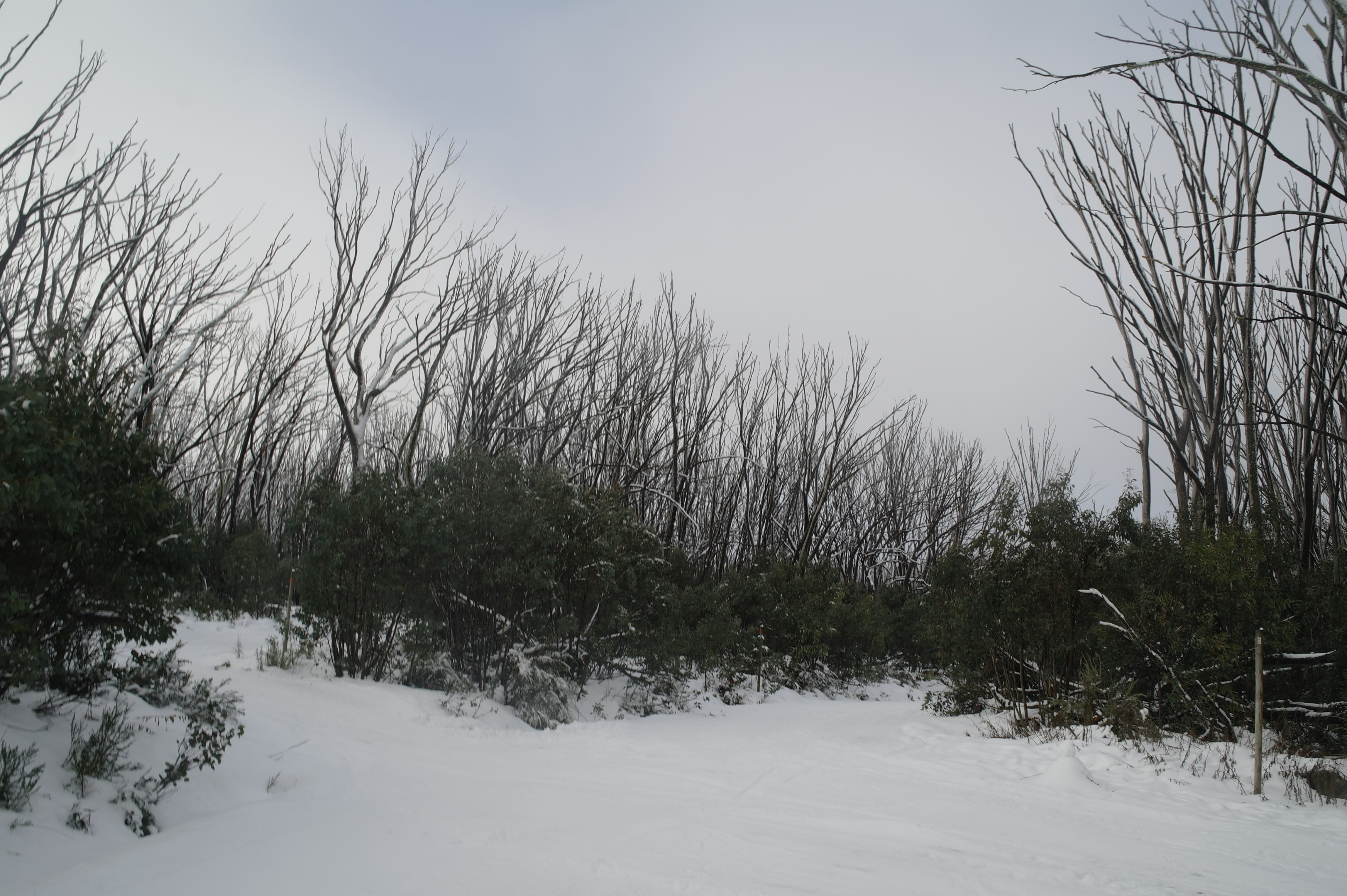 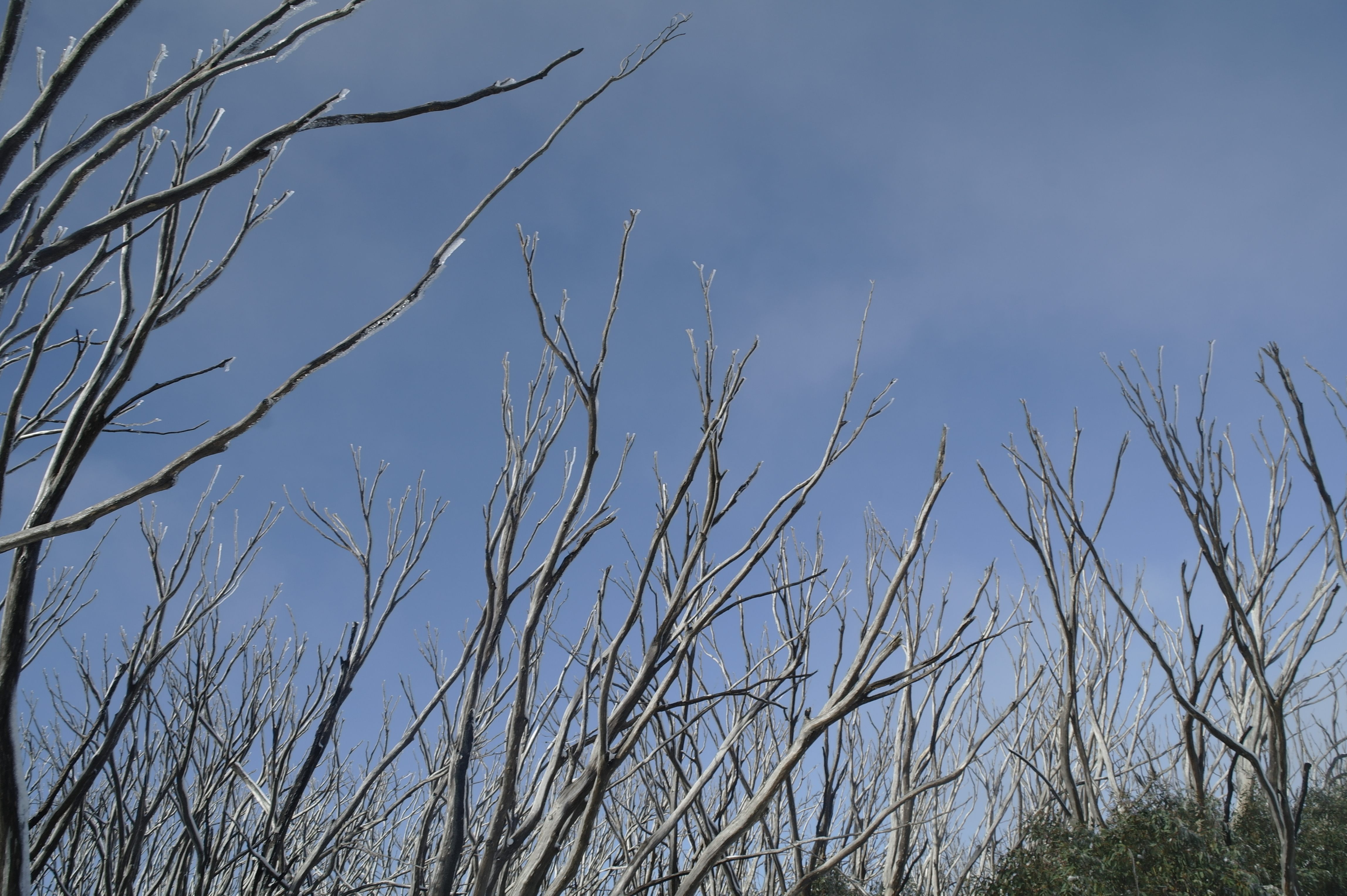 Skiing down from The Triangle junction to back near The Gap was good fun , skiing relatively fast and with control.
Last edited: Jun 6, 2019
Reactions: teckel and Luken 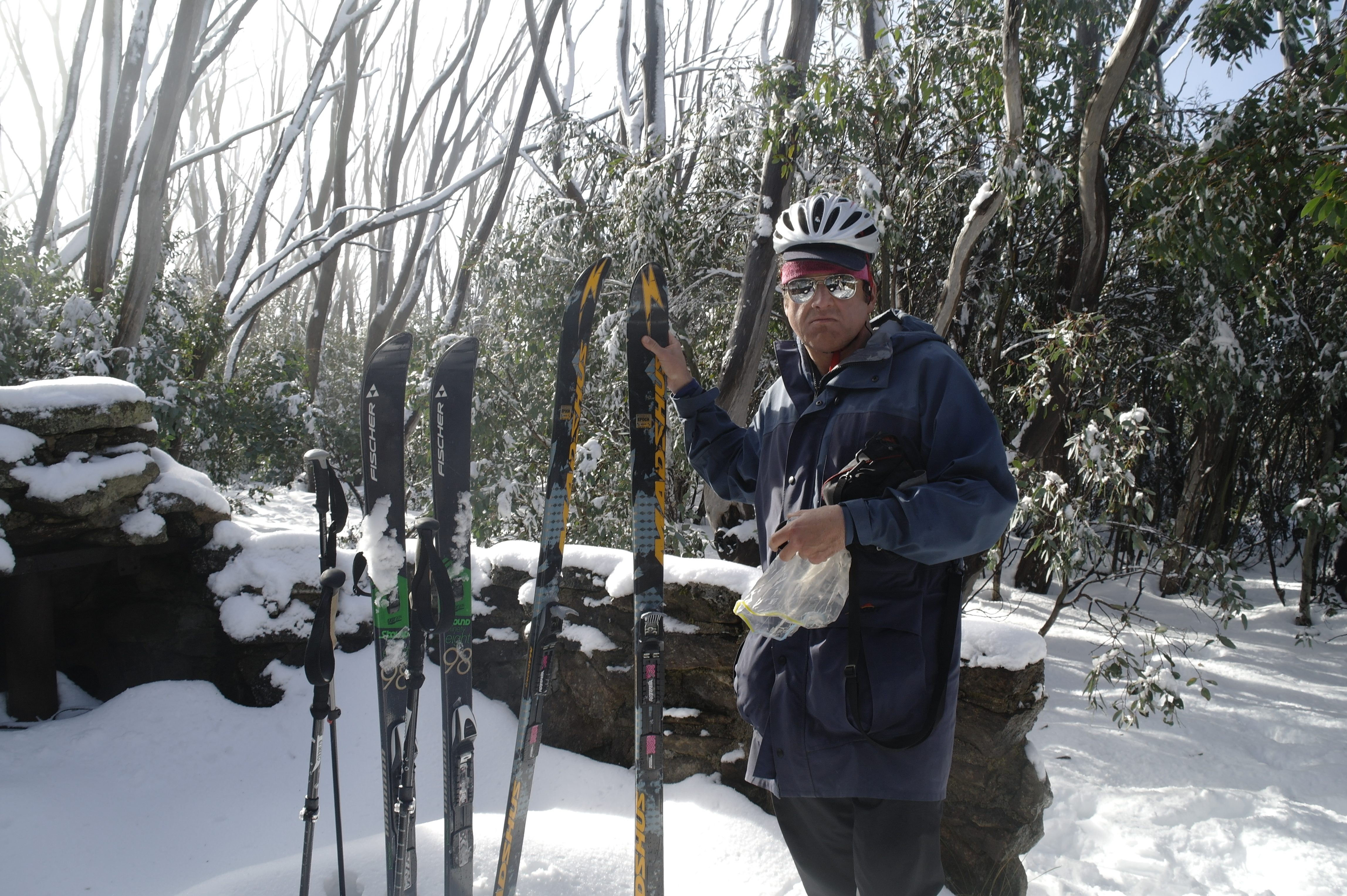 Great work, would love to have been up there. Was drooling over the Hotham cams today. May the wet stuff forecast next week do the right thing and Pearce off!
B

My addendum: Long Heath trail was a good challenge for me. The initial descent was about my limit, the rest of it was quite good. Good to very good coverage - 10 to 30cm throughout the trail. There was some fallen timber, but only needed to climb over logs three times over the whole trail. I'll be keen to give this trail a rerun on a future date at some stage. Gotta get better at turns on narrow trails on ungroomed snow.

Enjoyed finishing the day running down the Royston return trail. Seemed like a luxury after the ungroomed Long Heath Trail
Reactions: teckel and Mister Tee on XC Skis
You must log in or register to reply here.
Remove ads with a
Ski Pass