Can confirm that the southern highlands remains wet.

Students appear mildly unenthusiastic about the prospects of adventure and learning outcomes today.

ecowain said:
Can confirm that the southern highlands remains wet.

Students appear mildly unenthusiastic about the prospects of adventure and learning outcomes today.

Several PWS stations around the Bundanoon, Exeter, Canyonleigh area with 250mm + for this event. Thats a big chunk of rain for that area. Has been like a magnet for those rain trains coming up off the Illawara escarpment and its still coming down.

Minor flood warning for the Nepean issued this morning too.
Reactions: Fozzie Bear, Donza and Steve777

Yep about 50mm over my way. Pretty good for May which is typically quite a dry month, somewhat makes up for the very dry run after the first week of April I guess.
Reactions: Majikthise

A further 33mm since midnight brings us to 190mm for the event.

This is from a PWS in Robbo. A tick over 400mm for the event, and already 90mm+ since midnight. 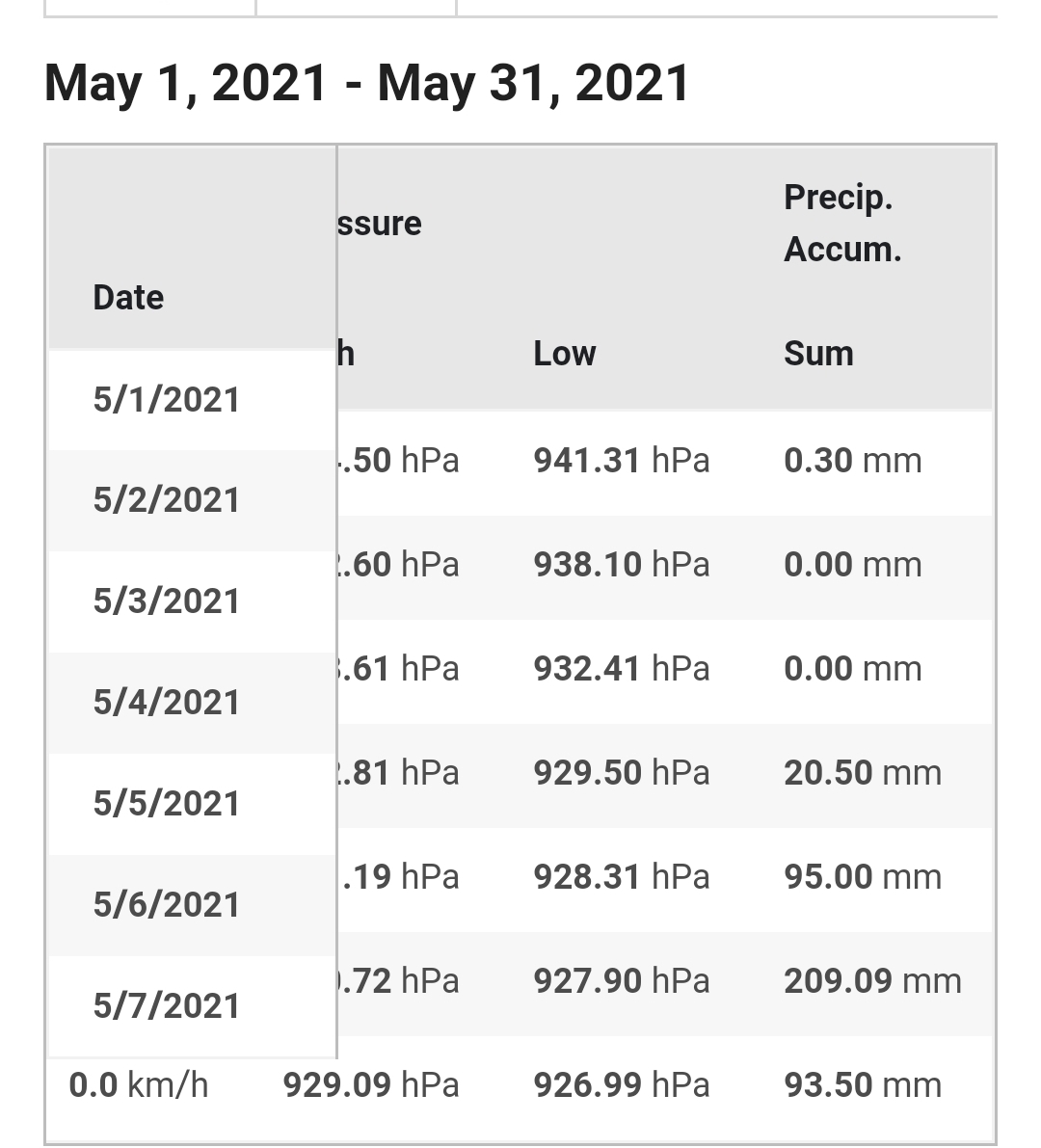 Reactions: whether, Steve777, Donza and 1 other person

Nepean river will be worth watching. Should come up a bit above Wallacia
Reactions: Snow Blowey

Ah yes. It slipped a little south of where I was expecting. It pretty much missed my area entirely.
Remove ads with a
Ski Pass

It’s been a mild, partly cloudy day here after some early showers. It hasn’t rained here since about 9:00. There are still some showers about but I’d say that the event is winding down and is pretty much finished here.

The following map could serve as a wrap-up of the event for NSW/ACT, although it doesn’t include anything recorded after 9:00. 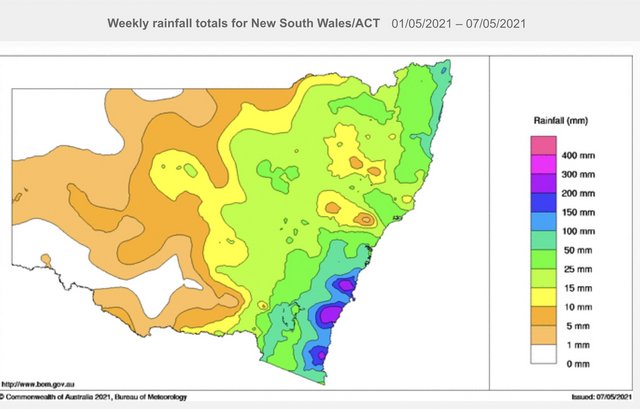 There were widespread falls across the Eastern half of the State, although falls over 25 mm were mostly confined to the coast and tablelands. The focus was on the coast and hinterland South of Sydney where falls were mostly over 100 mm, with pockets of 200 mm+.
Last edited: May 8, 2021
Reactions: POW Hungry, Homer and Trail Blazer
You must log in or register to reply here.
Remove ads with a
Ski Pass