On July 24th I woke up at 5 am and prepared to drive to Mt. Stirling. There was much talk about the cold front overnight bringing a blizzard to Mt. Buller. .

I drove all the way up there expecting fresh snow.
I made good time and was at TBJ by 0920. . The person at the Mirimbah toll booth said that Mt. Buller only received 3 cms of snow but she was not sure how low down the hill it fell.
On the way up to TBJ there were no signs telling people driving 2 WD to fit chains and there was no snow on the road. Not a sausage!
The Car park was totally clear of any snow.
The ski patrollers were clearing some rather hazardous but thin sheets of ice from the ski patrol office surroundings.
This was not looking good.
Where was the mother load of fresh snow that was predicted?
It didn't bleeding happen to Buller or Stirling.
I do not like skiing on rock hard ice or on slushy crud. Who does?.
So I booted up and carried my skis all the way up to King Saddle. None of that part of the Circuit road was skiable esp. not on my good new skinny BC skis with metal edges.
I headed up the hill to machinery shed having put on Kahtoola micro spikes. The surface was bullet proof boiler plate ice.
In fact I did not bother fitting skis until I was near the weather station where a very light dusting of snow became visible. It was not windy at all. One ski patroller on a skidoo out doing some grooming said to me that the grooming thingy was barely scratching the surface such was the frozen solid surface.
:-0
I quickly found that herringboning up hills that were like sheets of polished metal was tricky. You had to drive the metal edges into the ice while throwing your body weight forwards and using double the regular amount of pole work to get up the slopes to avoid slipping backwards or falling over.
I was thinking about putting my skins on.
That must have been telling me something.
Once on the track between the Cricket Pitch and Hut 36 it was not so bad to ski on but it was very fast , firm and unforgiving.
I did some step turns and snow plough turns and glided along doing the diagonal stride, picking up speed where usually I would be hardly moving.
I should have taken my Madshus Epoch skis. They would have been better , being wider, heavier ,slower to ski on and better for that icy surface.
I was picking up speed just double poling on the flat sections in my lighter thinner , BC new Fischer skis.
At Hut 36 on King Spur there were two local women from Mansfield who were out for a quick ski. I got the fire started and ate my lunch there .
Then it was time to descend.
The trip down to the Cricket Pitch involved some side stepping down some perilously icy drops and even taking the skis off after having a few crashes where my snow ploughing with metal edges and steering by ploughing was not controlling the speed well enough at all and the bum brake was summoned to avoid crashing into a tree or something.
This skiing on ice caper is tricky.
Last week I skied down the Paralyser on The BHP on fresh snow and I was totally in control and didn't even think about pulling out the bum brake. This icy thing was not what I had signed up for but I had to give it a try.
The Cricket pitch had about 30 cms of cover . No one was around. I skied a bit more down towards the Machinery Shed shelter via Fork creek track . Wombat's drop on ice would have been horrific and was best avoided. Even still I had a few more successful descending bends skidding with metal edges excoriating the rock hard surface and made some snow plough turns mixed up with a 50 % crash rate.
There were some school age children on BC skis who were coming up Wombat' s drop at the Fork Creek /Machinery Shed junction who were having some real trouble on the boiler plate surface. One kid said to me" This is rock hard".
I could n't disagree.
Their Estonian Ski Instructor must be a hard man making those young people do that :-0.

They all gave up and clicked out of their skis and walked up. No discernable foot prints were made , it was not that kind of surface.
Much of the track back to TBJ was skis on / skis off/ skis on/ crash / micro spike walking.
The surface on the lower trails was icy and heavily littered with tree debris and there were many exposed rocks and bare patches.
It wasn't ideal . My pattern base became caught on some fallen tree debris a few times and I was lucky to keep my balance.
I made it back to TBJ by about 1530 and reported that I had returned.
The ski patroller told me that a new SNOW CAMERA will be installed at The Machinery Shed Shelter for a mid mountain snow depth indication. He also said that the summit and adjacent trails such as Summit west trail are VERY ICY and he was up there on skis the day before.
So there it is. My ski experience for the week.
I learned things and skied a bit and had a day out.

The whole round trip in one day from Melbourne is rather arduous I must say.

I am going off to ski at Falls Creek next week where it may be icy but the snow cover will be better and hopefully I can make it out to Wallace's hut or some such location and back in a day and really get some kms under my planks.

I will ski at Mt. Stirling again before the season concludes but the lower mountain needs fresh snow for me to really thrive or for me to consider skiing /skinning up to the Bluff Spur Hut and back down to TBJ.
Please enjoy a few of the photos I took. 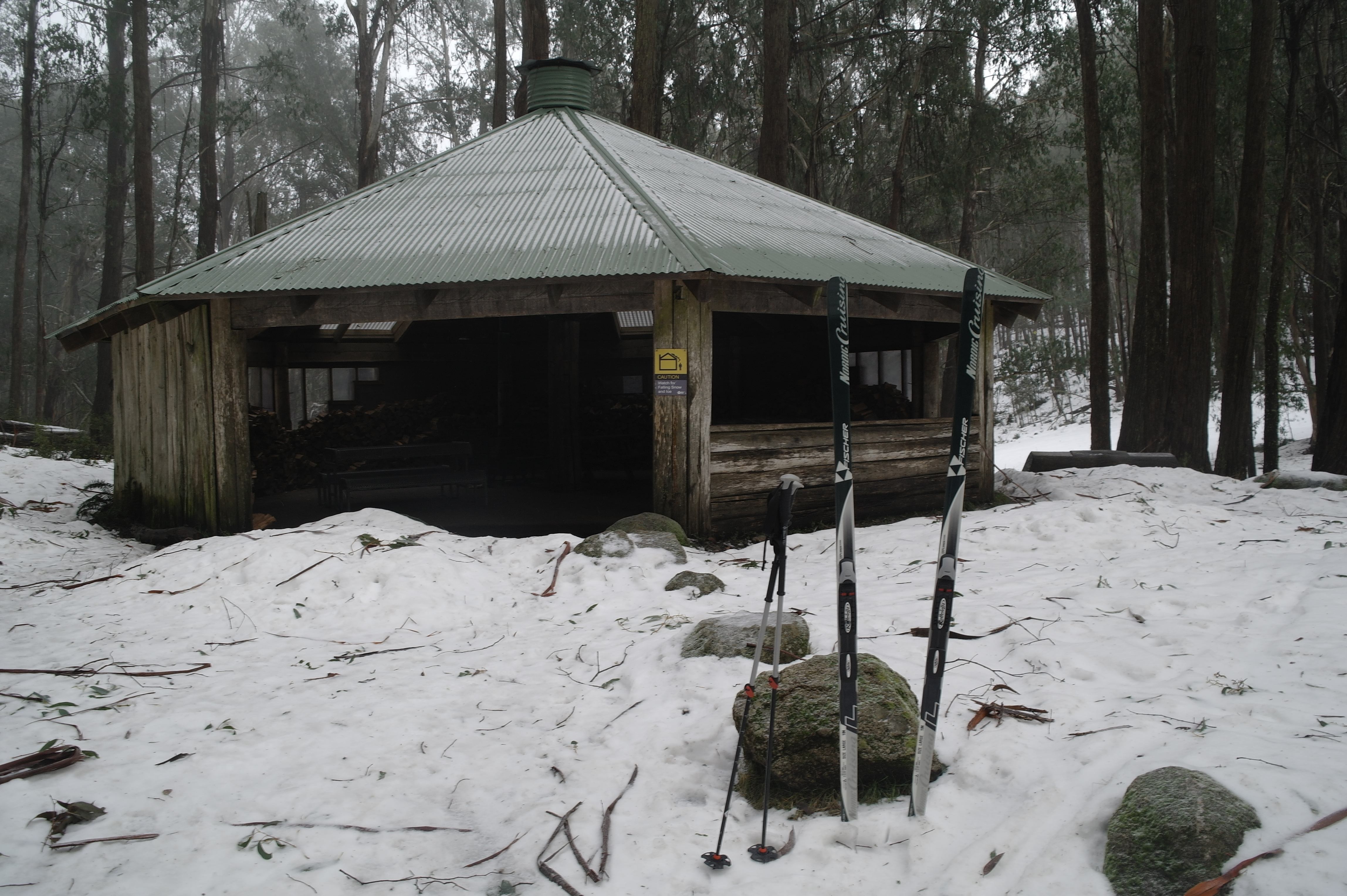 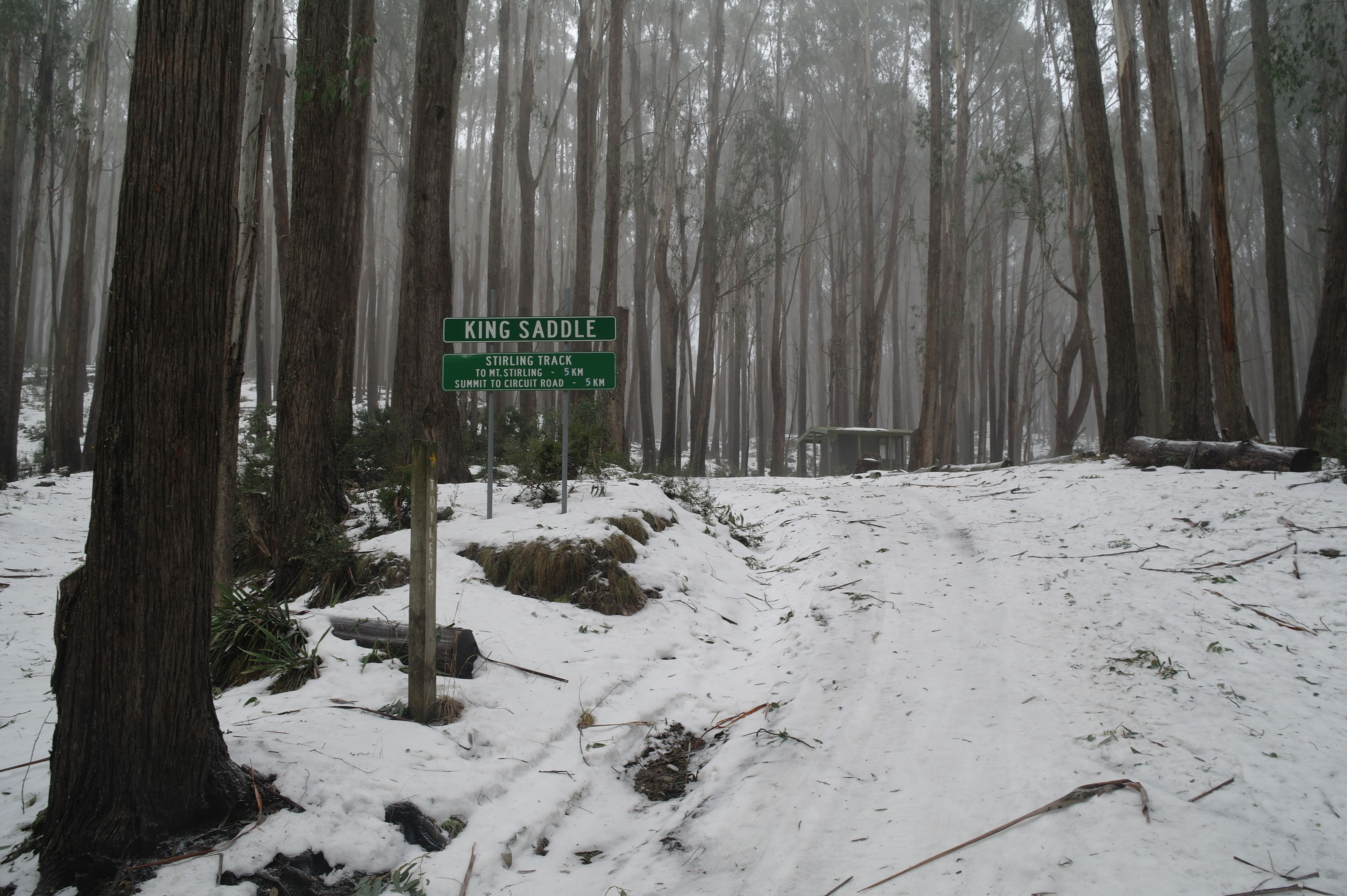 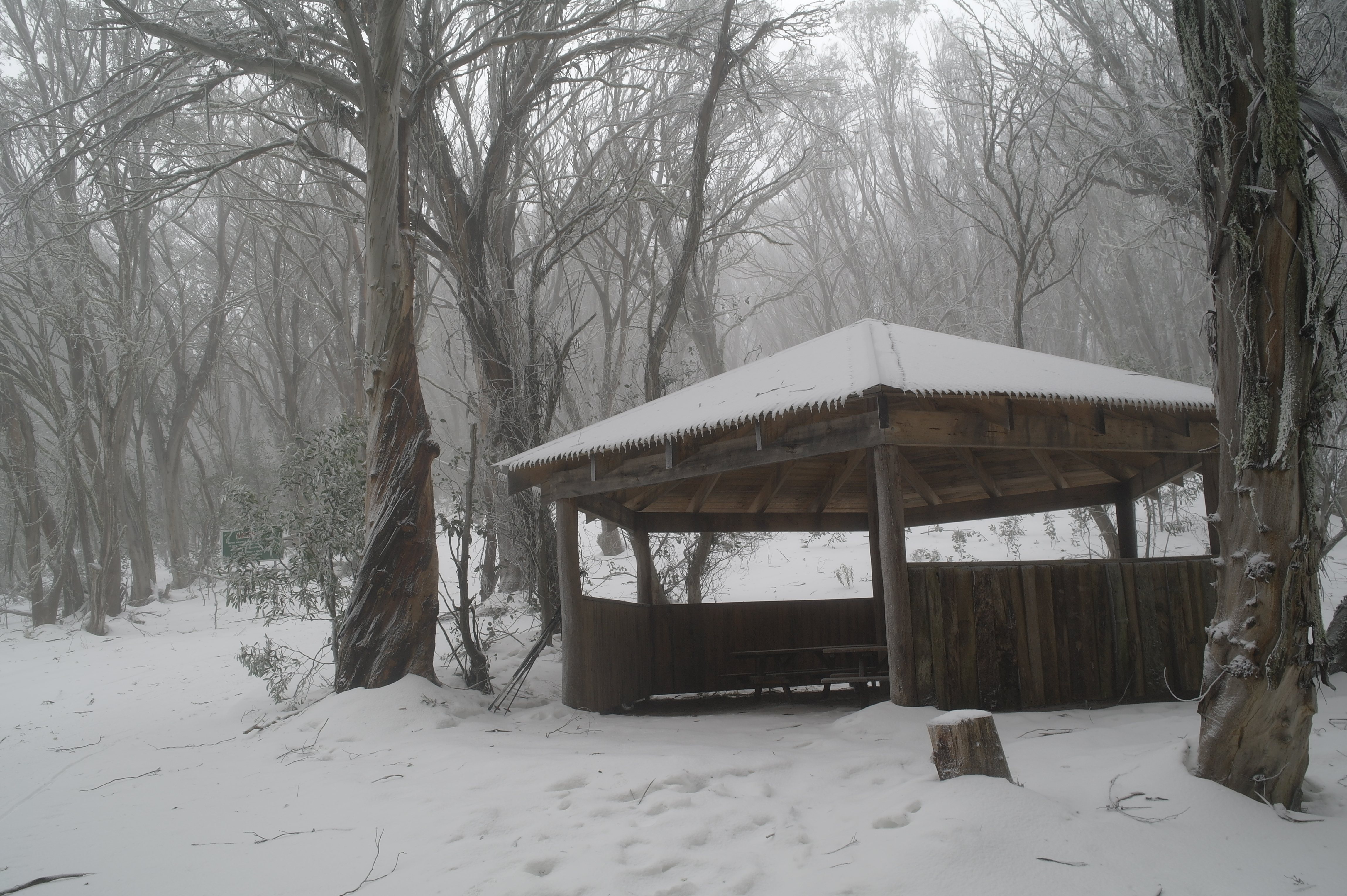 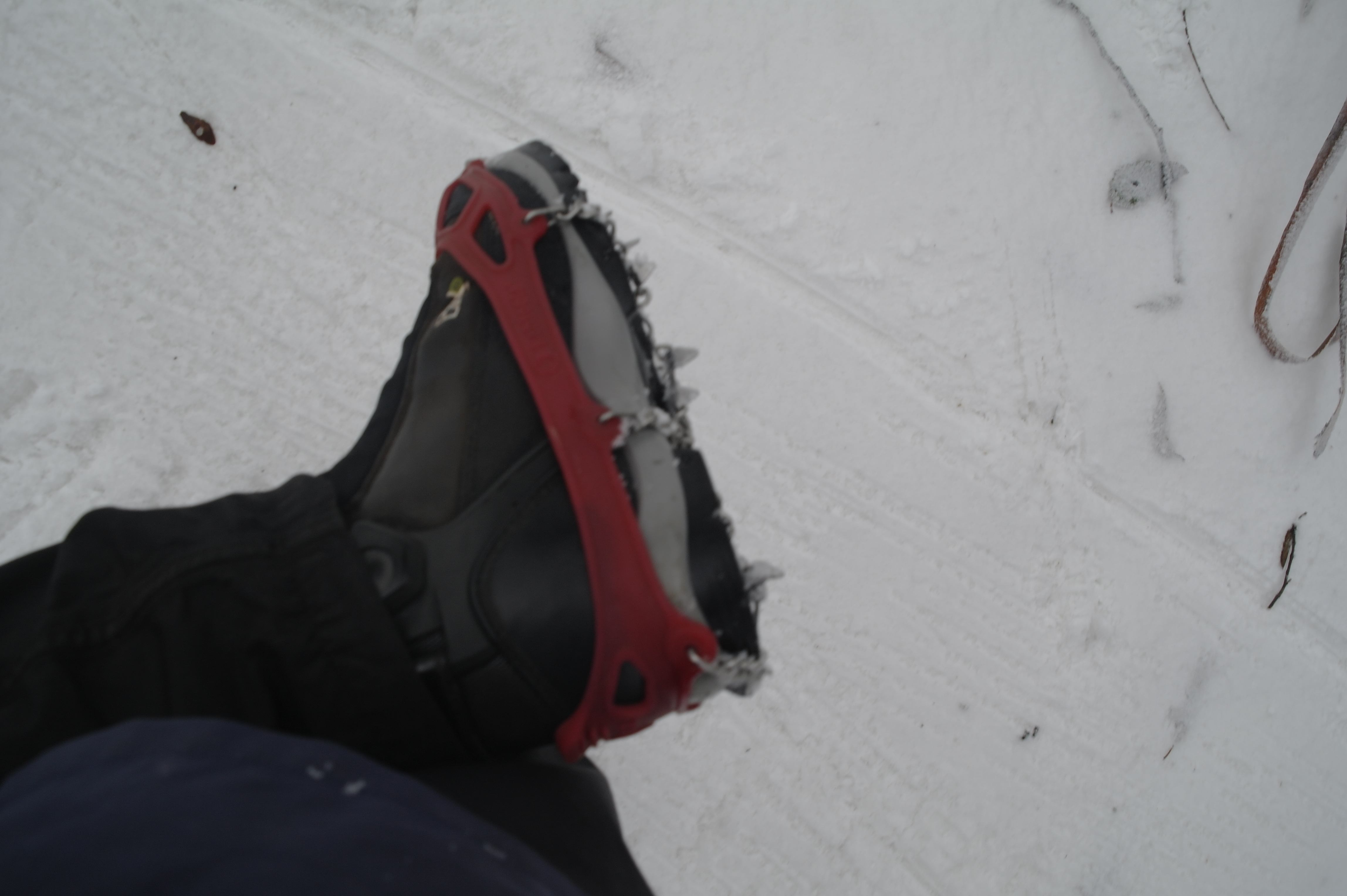 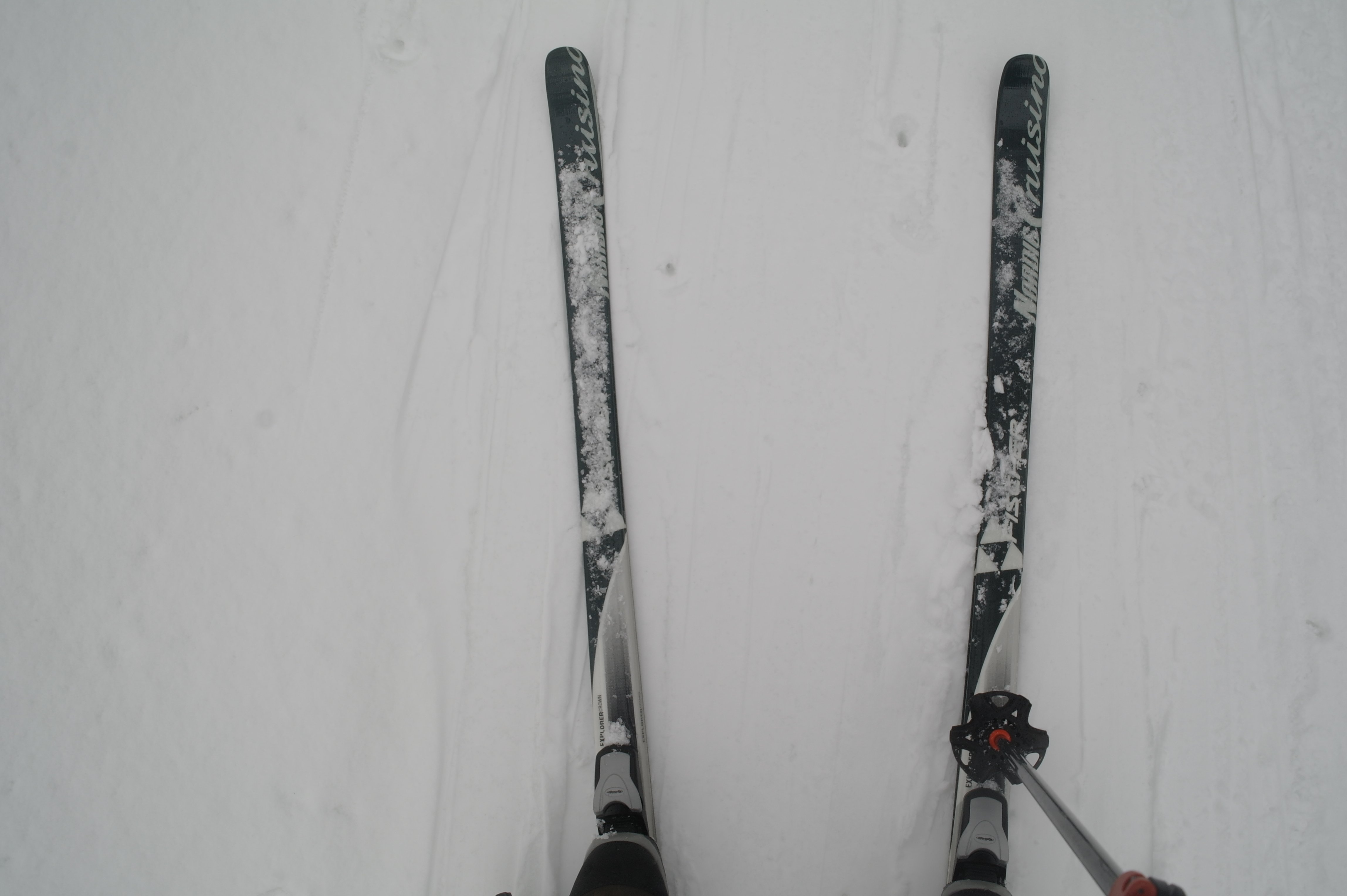 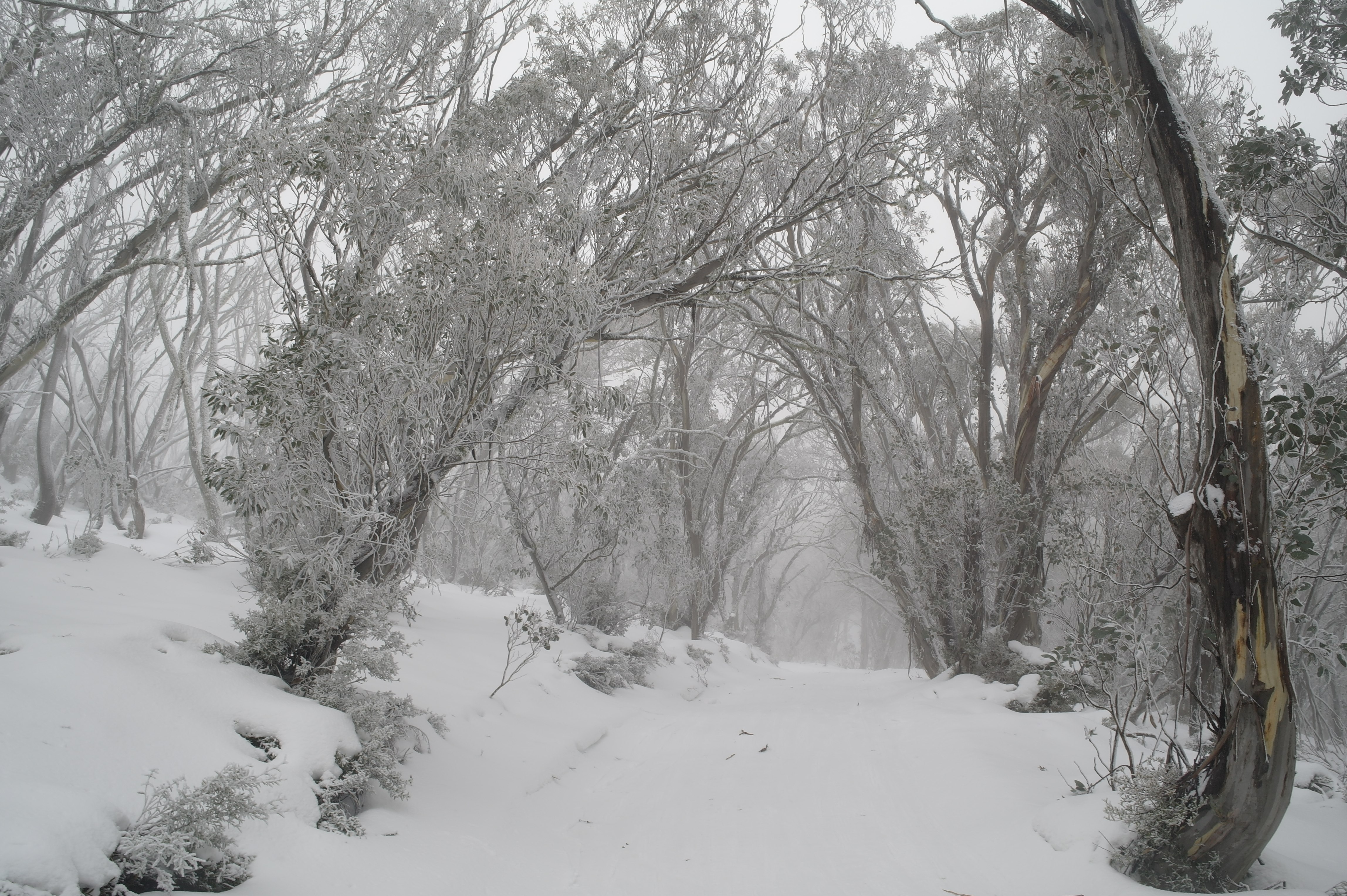 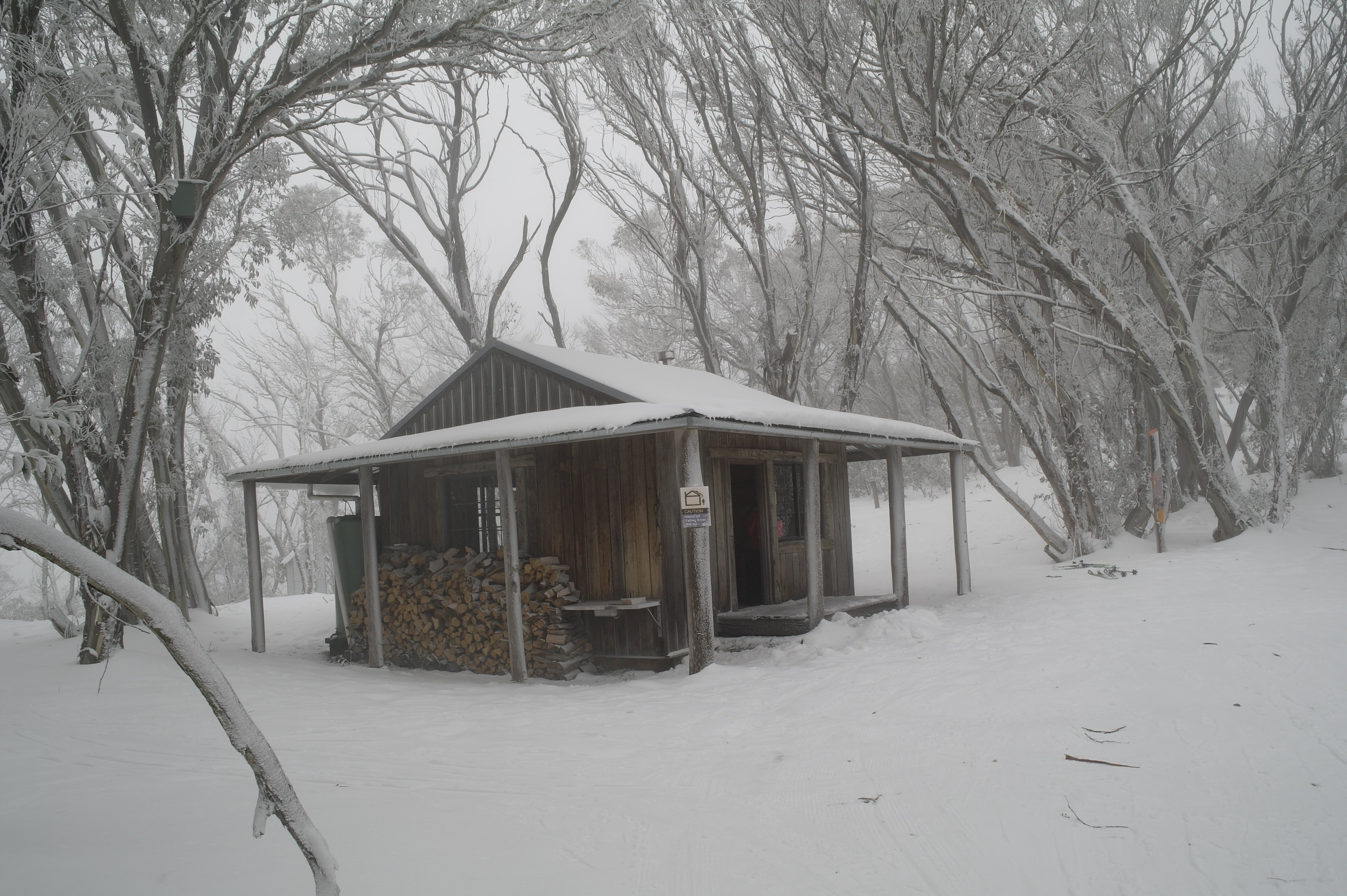 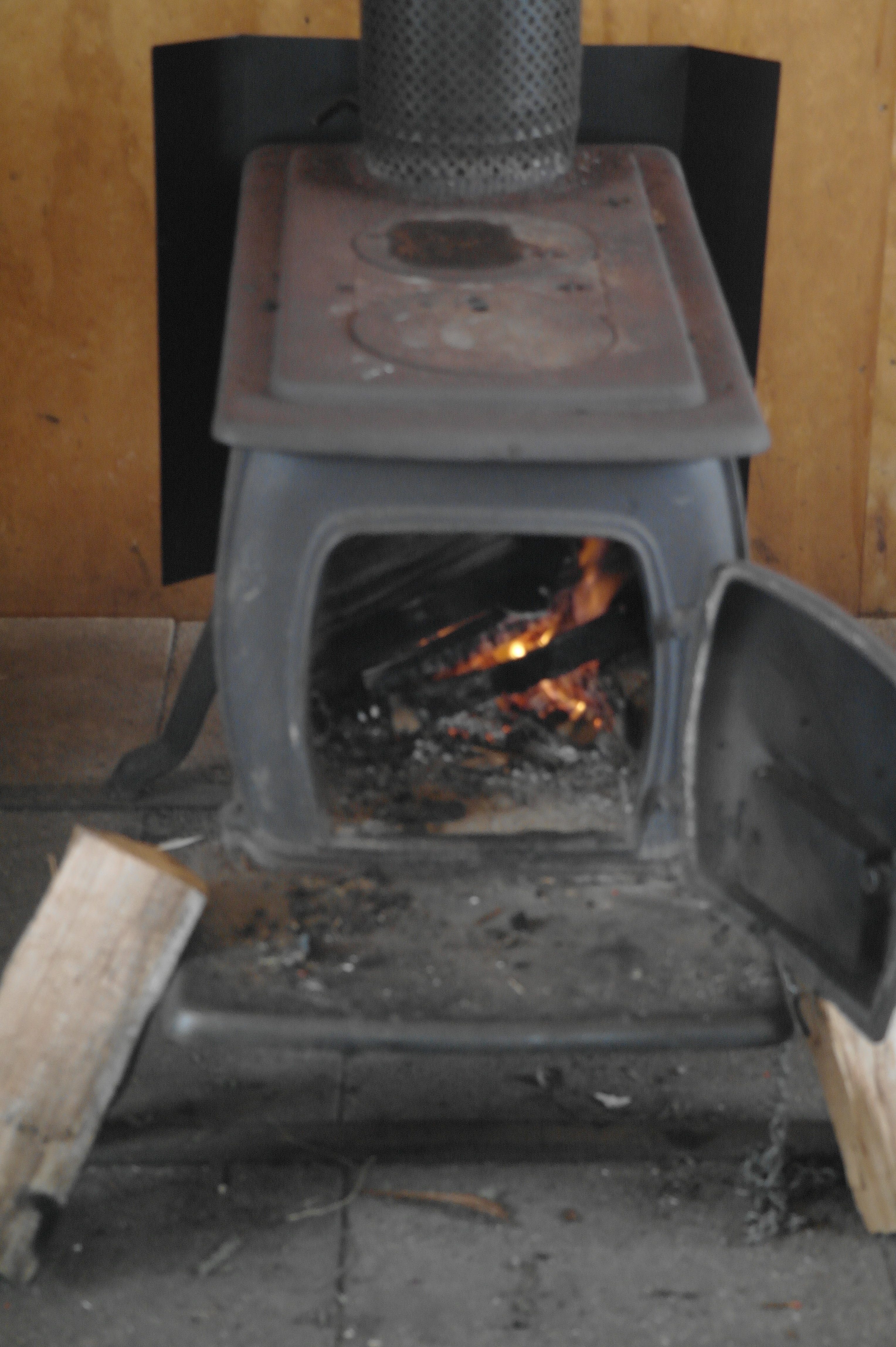 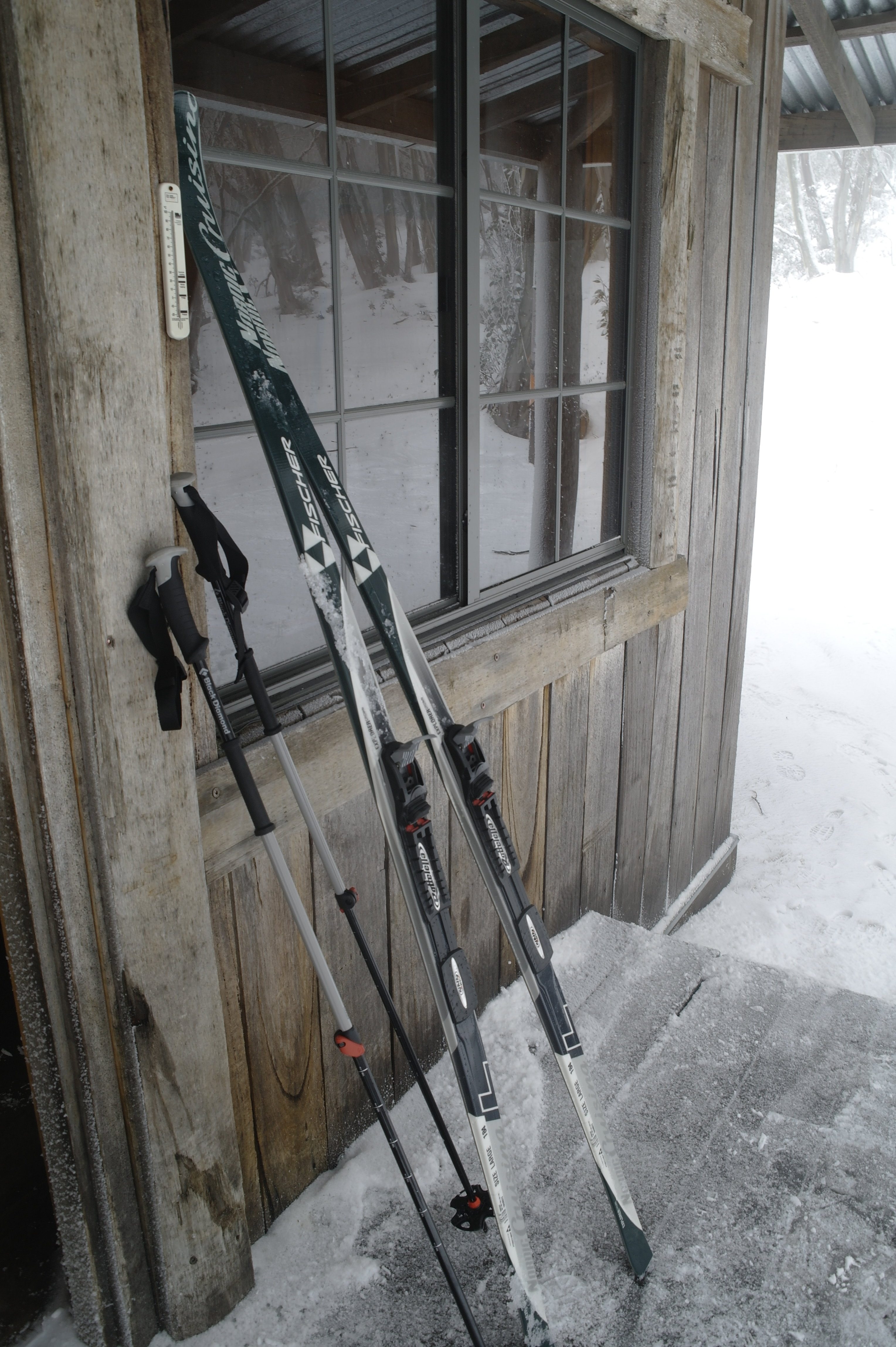 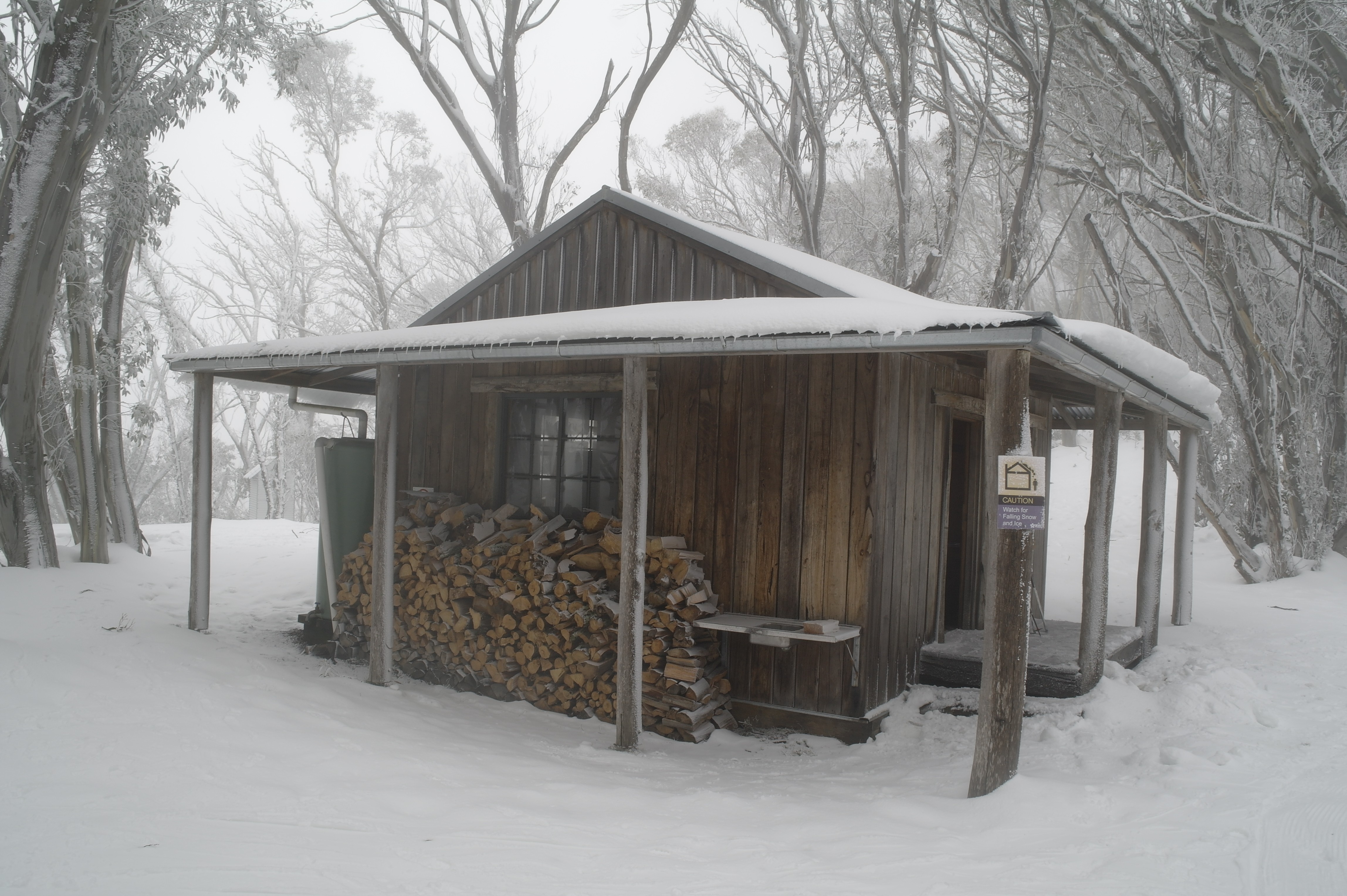 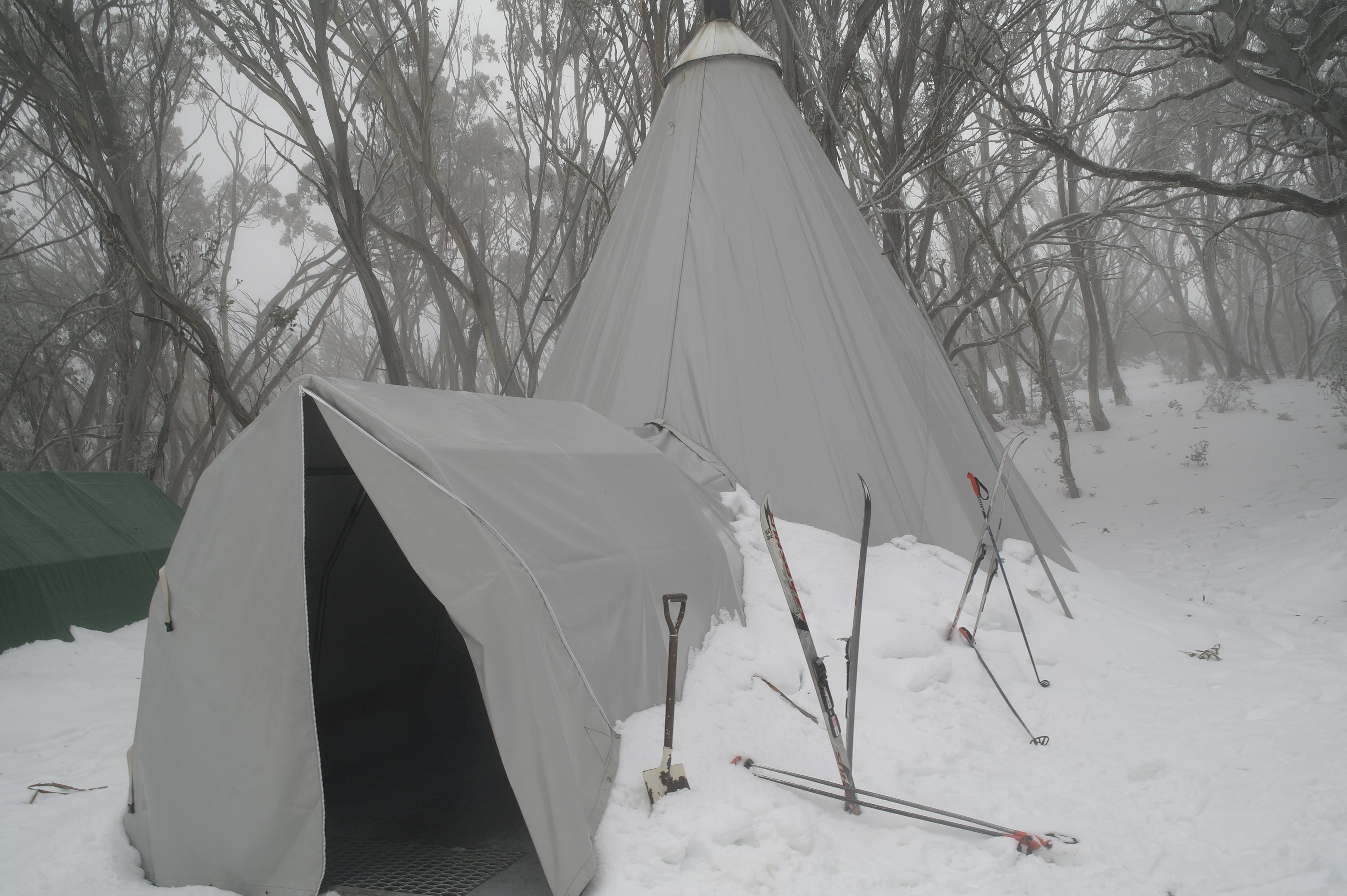 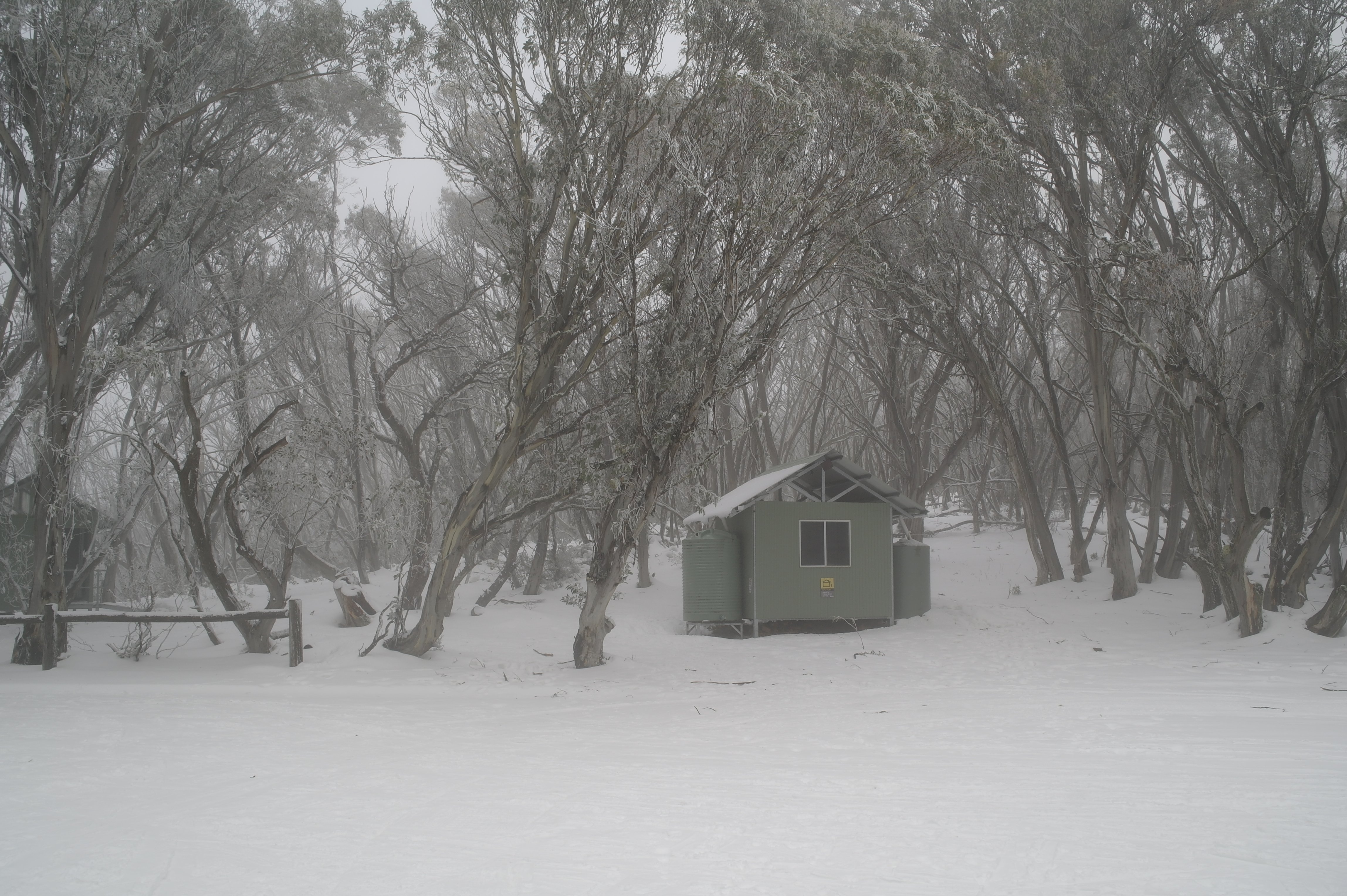 Some might say your skating on thin ice Mr T....
Reactions: Mister Tee on XC Skis

Mister Tee on XC Skis said:
I learned things and skied a bit and had a day out.
Click to expand...

My son and I did Mt Sterling a few years back, unlike you got an early enough start, we were some what delayed because some young person was peckish, then later needed a restroom break. We did eventually start our assent about 1 pm with slushy snow under foot which made skinning pleasurable, did reach bluff spur till about 7 pm. After a few days at bluff spur. Our decent was much like your trip treachously icy, it got to the point about 50 meters from the hut where we decided to just take the boards off and hike it down before we injured ourselves.

Ricardo64 said:
My son and I did Mt Sterling a few years back, unlike you got an early enough start, we were some what delayed because some young person was peckish, then later needed a restroom break. We did eventually start our assent about 1 pm with slushy snow under foot which made skinning pleasurable, did reach bluff spur till about 7 pm. After a few days at bluff spur. Our decent was much like your trip treachously icy, it got to the point about 50 meters from the hut where we decided to just take the boards off and hike it down before we injured ourselves.

Mt. Stirling on icy days is to be avoided. Now we know!. :-0 Mt. Bogong in hard ice is dangerous. I would take crampons/ micro spikes and an ice axe for the trek up. If you come into Cleve Cole hut via Mulhauser track and Long Spur then you 'll stay in the tree line and have the easy bowl at Camp Valley to ski on.
You must log in or register to reply here.
Remove ads with a
Ski Pass