Grüss Gott. Been out of touch for a while. Been catching up with relatives in Graz for the last week or so which was great with as you could imagine plenty of eating and a bit of drinking. Had a really nice day trip down to Slovenia and even found a pub showing the cricket.

Last 3 days though have been here in Tirol getting my first skiing days of 2007. Weather though has been insane. Last couple of days have seen temps in certain parts of Austria up to 27C which is unheard of in early April. In Sölden (1370m) it is apparently 17C although it seems like more. It was 12C at Gigijoch which is aroyund 2200m and even 8C at the base of Rettenbach glacier at 2670m, which is just ridiculous. The sun feels quite intense. Skiing on the glaciers has been still very good, but lower down in the Winter areas of Giggijoch and Gaislachkogel it turns to mush pretty early. With these temps have been limited to the pistes, although in good conditions there are heaps of good hiking and touring possibilties here. The pistes on the Rettenbach glacier are firm and a bit softer on the Tiefenbach glacier.

By around 3pm though it is pretty hard to find a reason not to call it a day and head for an apres ski beer or two (it is Austria after all). Have just had a couple and feeling pretty relaxed.

Last night they had an amazing play on the Rettenbach glacier with the story of Hannibal. It involved helicopters, jets, parachutists, hangliders, skiers, pisten bullys (as the elephants), motocross bikes, avalanches, flares etc. and fireworks to finish off. Amazing show. Apparently they do this every year, so if you are ever in Tirol during April check it out.

Sölden is very international - there are plenty of Germans which I expected, also quite a few Dutch as I was made aware of, also noticed quite a few Italians, Swiss and eastern Europeans )mostly Poles from the car number plates. Have encountered relatively few Austrians and hardly any native english speakers. Ive noticed that local staff will tend to greet you with a Hallo rather than a Grüss Gott unless they know you.
Last edited: Aug 15, 2021
Reactions: XTREMO

PURE sommerski...
most of the Austrian skiresorts closed at 9th April (after Eastern) or will be close today (15th April).
After this only a few resorts (like Ischgl, HochfÃ¼gen,Hochkar,Obertauern,Obergurgl-Hochgurgl etc) will be open, and of course the glaciers.
Remove ads with a
Ski Pass

Gaislachkogel finished today. Gigijoch is still going and of course the Rettenbach & Tiefenbach glaciers. Today was more of the same - Gigi is good to about 10:30 or so then it´s up to the glaciers - first Tiefenbach which gets more sun, then Rettenbach. Many people left on Saturday. Still encountering many eastern Europeans on the lifts as well as Germans aber ganz wenig Österreicher.

Was planning on a ski tour but that has been cancelled, so considering my options. Might check out Obergürgl.

Temps much the same as yesterday and heard a report on Swiss radio this morning saying they are also getting record temperatures.
Last edited: Aug 15, 2021

Wow, very warm even though it's the end of the season. It got to 24 here in London today. Not much spare grass in the parks with every man and his dog out in the sun today. Did you take any photos? It would be good to see some.

Last night they had an amazing play on the Rettenbach glacier with the story of Hannibal. It involved helicopters, jets, parachutists, hangliders, skiers, pisten bullys (as the elephants), motocross bikes, avalanches, flares etc. and fireworks to finish off. Amazing show. Apparently they do this every year, so if you are ever in Tirol during April check it out.
Click to expand...

from this show you could find and download a short vid here:
http://www.soelden.com/hannibal/media/hannibal_trailer.wmv

it's worth to watch, really an excellent show!
Last edited by a moderator: Nov 25, 2013

Day off today. Caught the bus to Obergürgl for a look. They are right abfahrt bis ins Tal, but it is a bit of a stretch. Will probably ski there tomorrow. Then just had a lazy wander around town in the sun, lunch on a park bench admiring the views.

That show at the glacier looks huge, would love to be there and see it live.

Skied the last couple of days at Hochgurgl - Obergurgl. Quite impressed with the amount of snow they still have. It is about 20mins by bus from Sölden. Great spring skiing yesterday, today was cloudy with very light snow - nothing to get excited about though. Amazing scenery from the top of Hochgurgl (3200m) with a new viewing platform with cafe. Good views of the Dolomites in SüdTirol (or Italy to be politically correct).

Was having a really fun day yesterday with the good spring skiing conditions, only dampner came later in the afternoon with a smallish wet snow avalanche a couple of gullies away from where I had skied. 3 people were caught, 2 got out unharmed, the 3rd was airlifted out on a rope from a helicopter. Wasn't sure why as the area was accessible - people were standing there with her and others had gone up with a skidoo. Nature of the injury I guess?
Last edited: Aug 15, 2021

Stani,
Had a chance to check out the Hannibal trailer. It is a pretty good compaction of the show which actually goes for 67 mins. There was often so many things going on at once you didn't know where to look. I also liked when the Pisten-bullys took their 'bows' at the end of the show when the crowd gave a standing ovation.

The whole thing was well organised with shuttle buses from town and back. Saw the director give an interview at lunchtime before the show. They have been doing this for about 5 years and do one show each year. They decide in summer what the theme will be.

As I said before if you are around Tirol in April next year, it is worth checking out.
Last edited: Aug 15, 2021 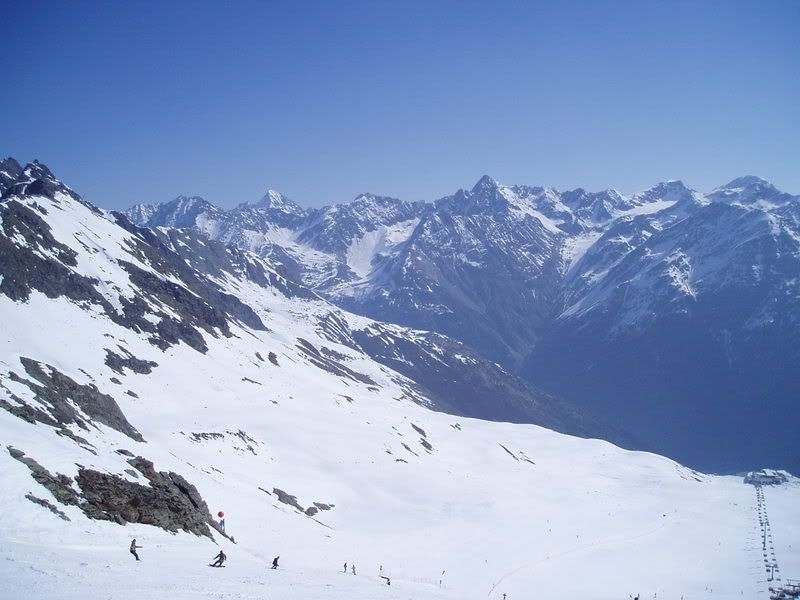 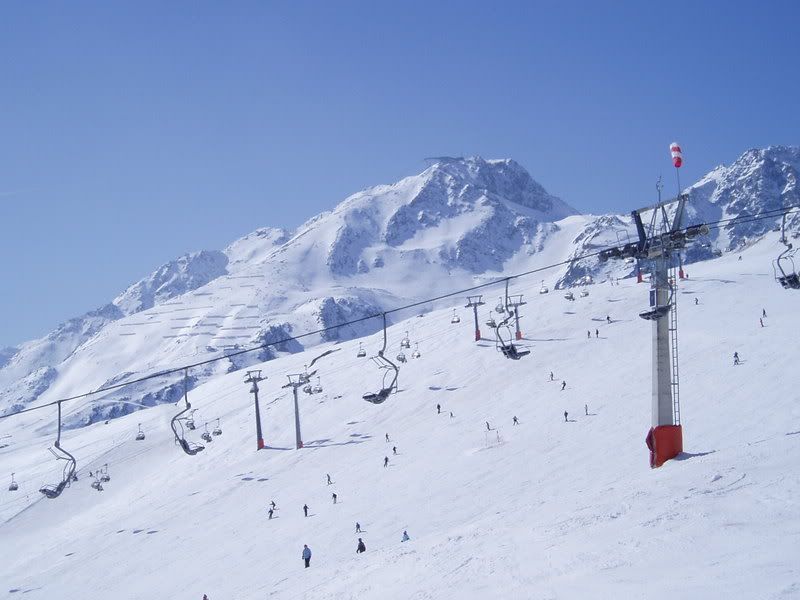 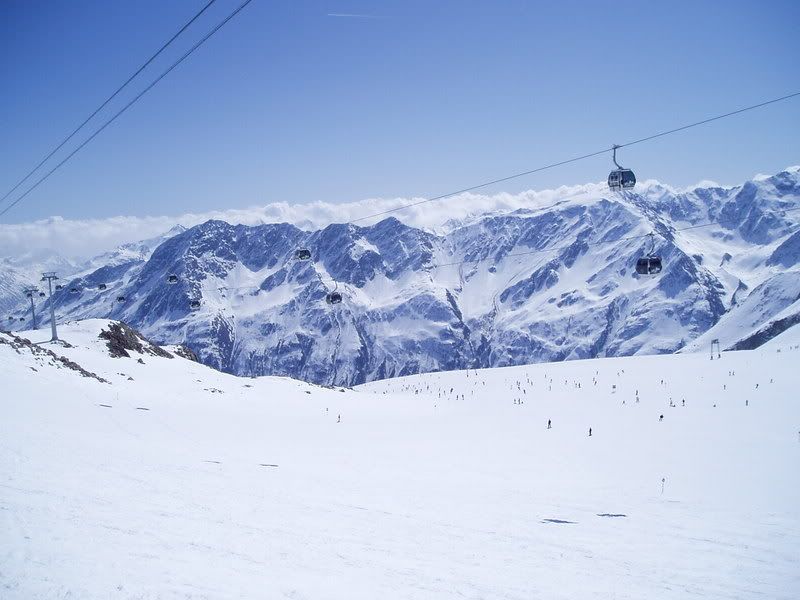 Some nice looking off piste terrain 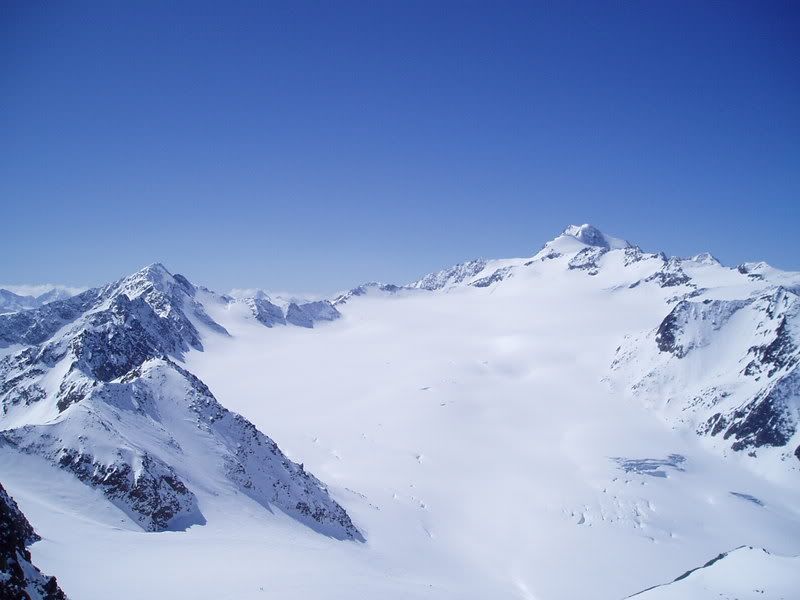 They have some interesting viewing platforms 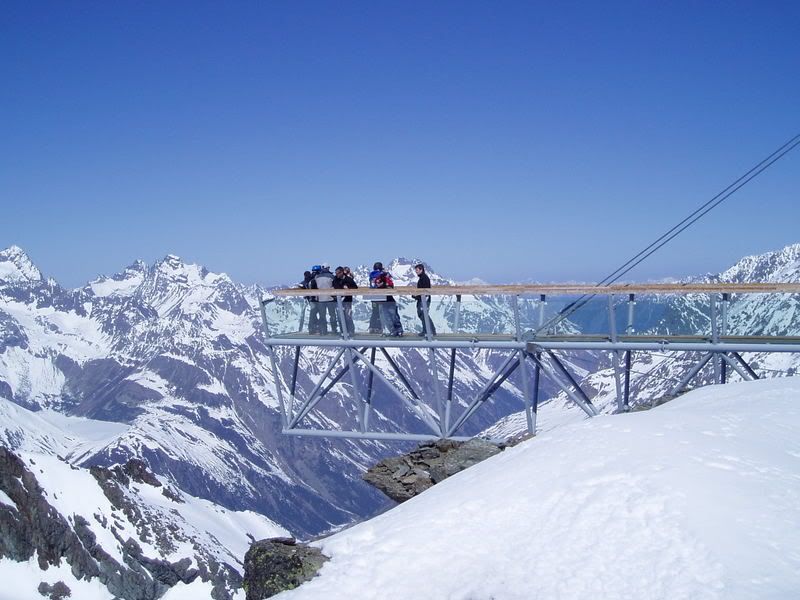 Another viewing platform. This time on the Gaislachkogel. 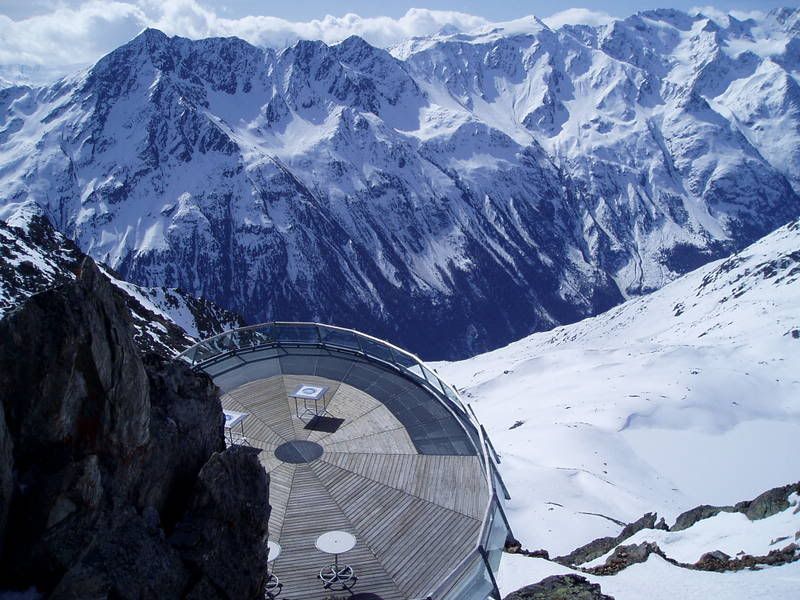 Some nice lines in the background (sadly not mine) from the glacier link lift. 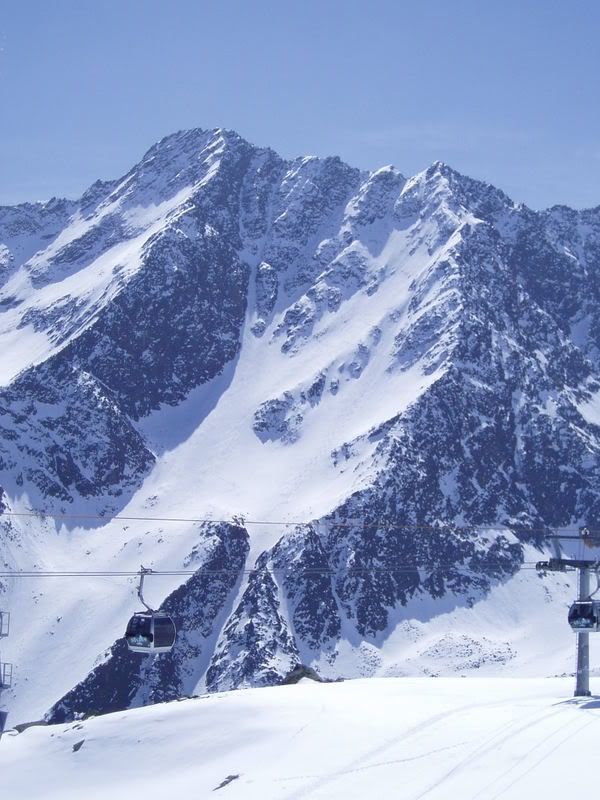 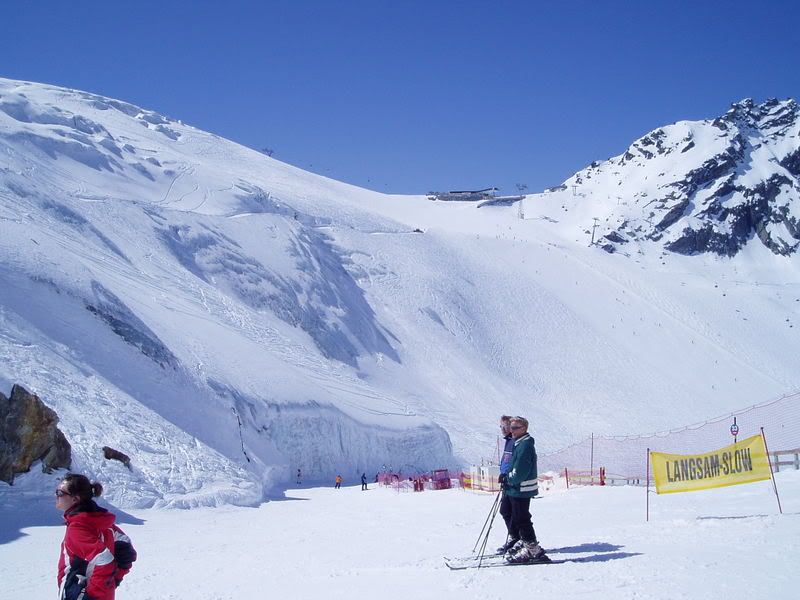 During the Hannibal show 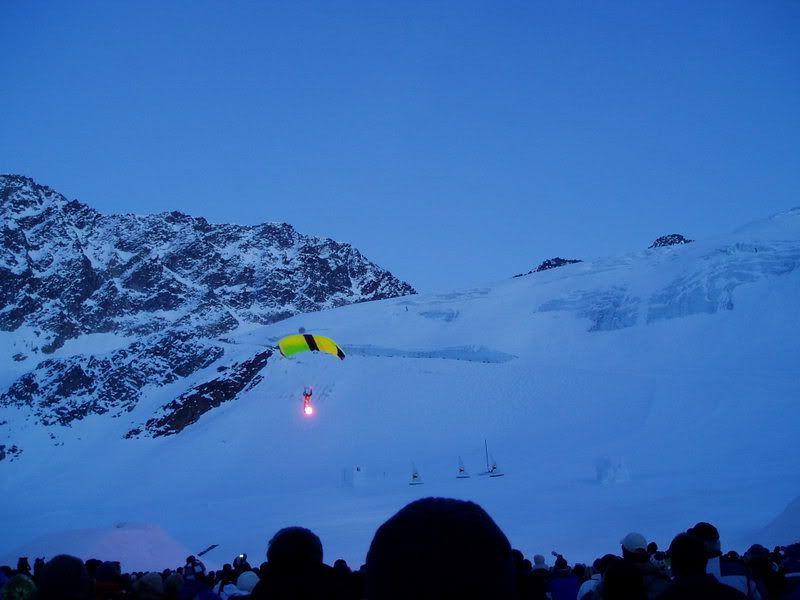 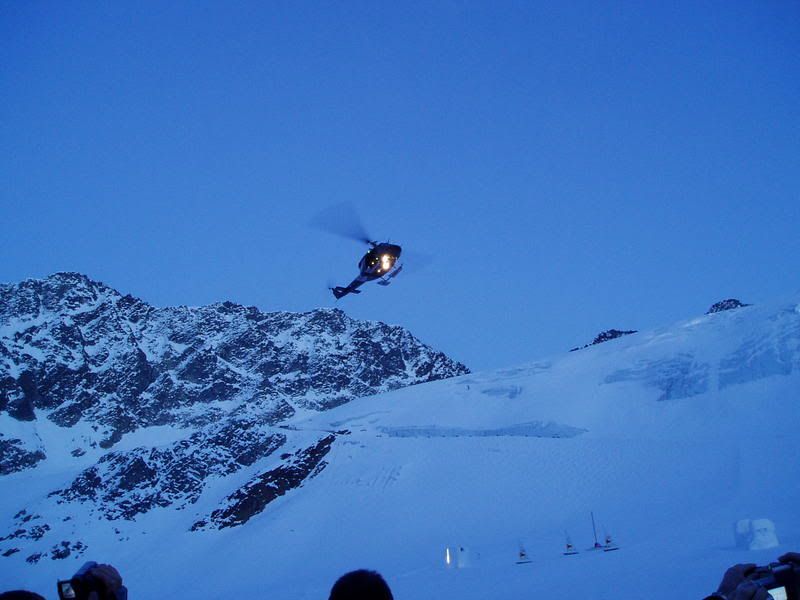 And a couple from the town of Sölden 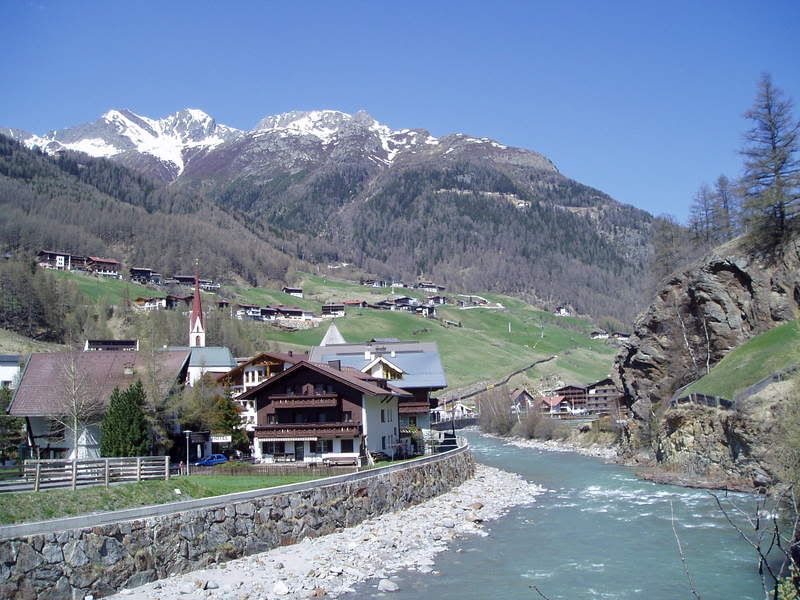 With the Wildspitze (3774m) in the background. 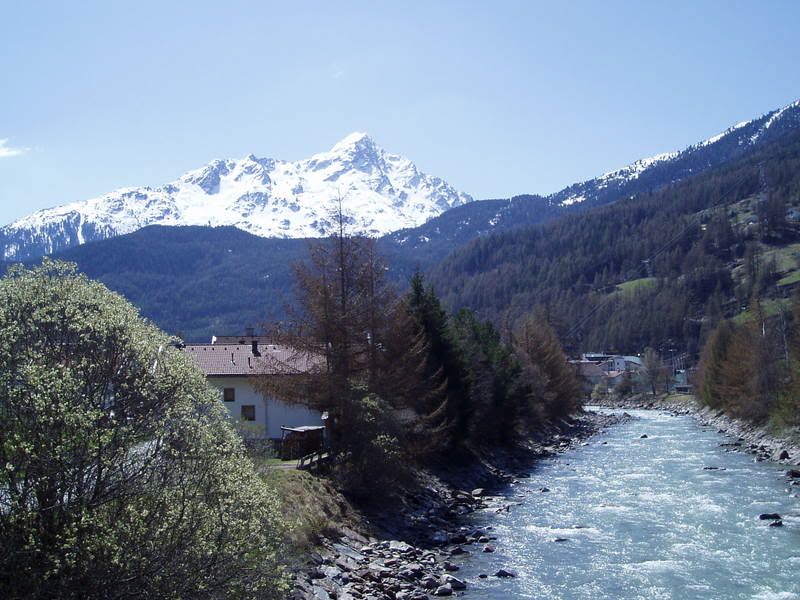 Fantastic photos ... begining to get SDS myself, might have to head over to do some summer skiing somewhere!

Trappers - if you do go to Solden, check out these guys http://www.freeride-center.at/
I found out not too long ago that a girl I went to secondary school with is one of the directors of it - she's a gun skier!! Although I think she may have just had a knee op which could have her out of action for a little while...
Last edited by a moderator: Nov 14, 2013

I was planning on doing a trip with Freeride Centre guys, but they had closed up shop by the time I was there.

that's a bummer! Lorraine is a pretty cool chick! She is doing films and all sorts of photo shoots now! I remember her going back to Lech over Christmas every year - then she would come back to Torquay for the rest of the year for school...haven't seen her since yr 12, maybe I should re-acquaint myself!

unreal photos by the way!

Some pics from Obergurgl / Hochgurgl from April 16-18. 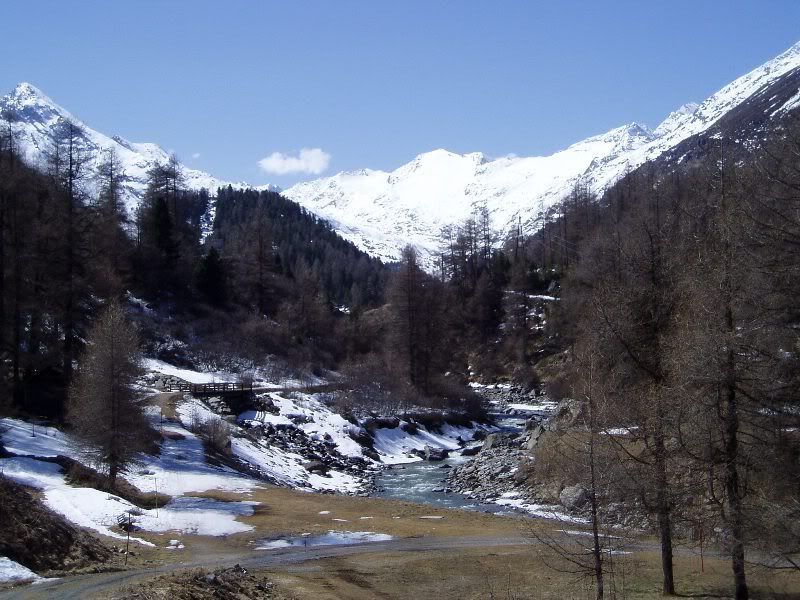 Being able to claim a 'Talabfahrt' is a big thing. They had a valid claim but only just. 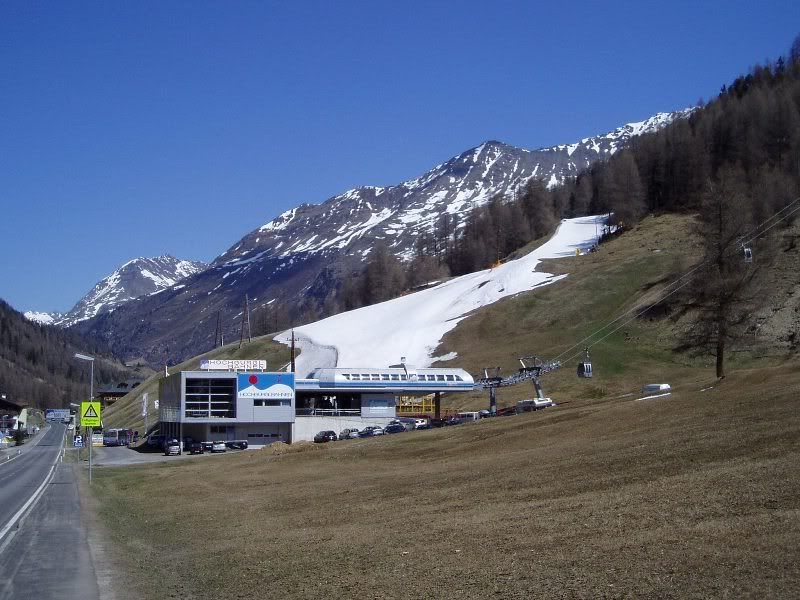 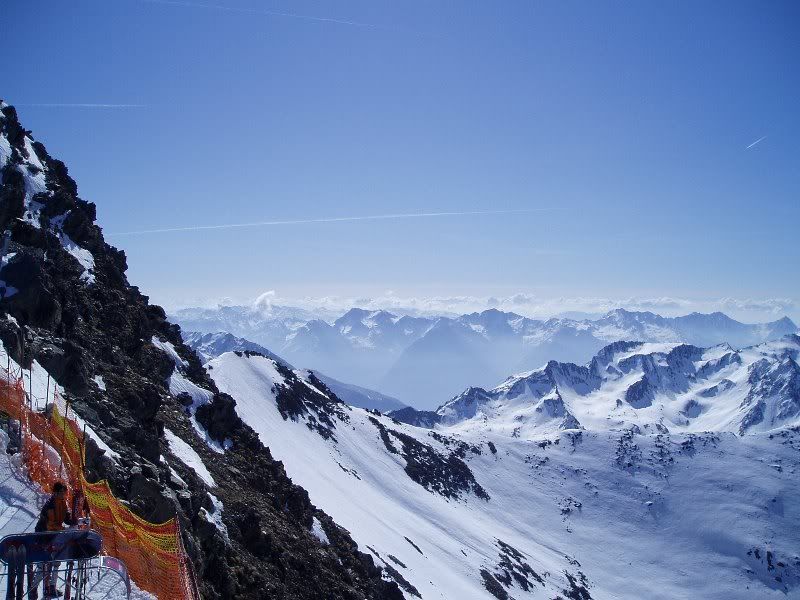 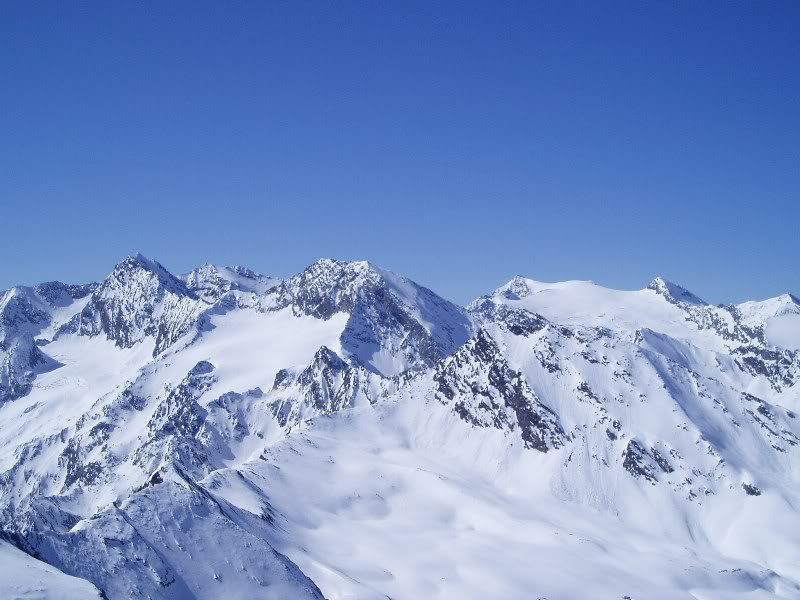 and more north down the Ötztal. 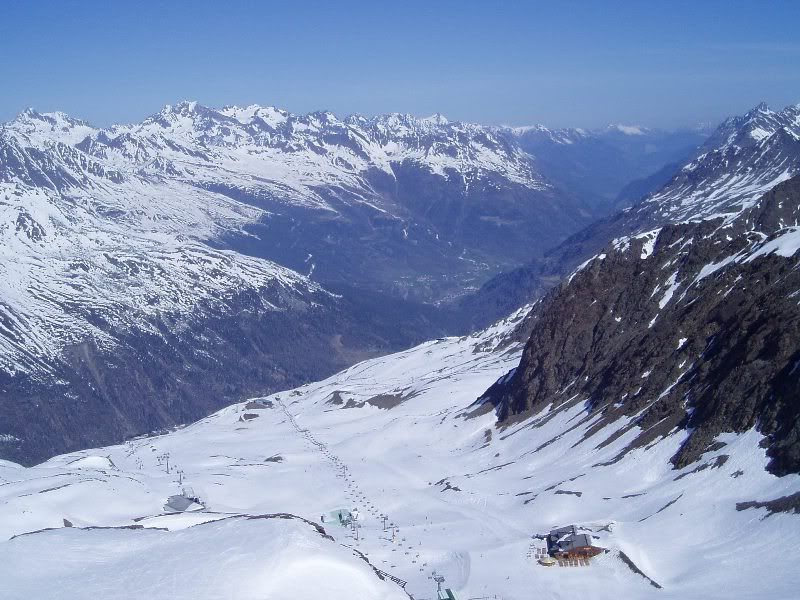 and looking up to the Wurmkogl. 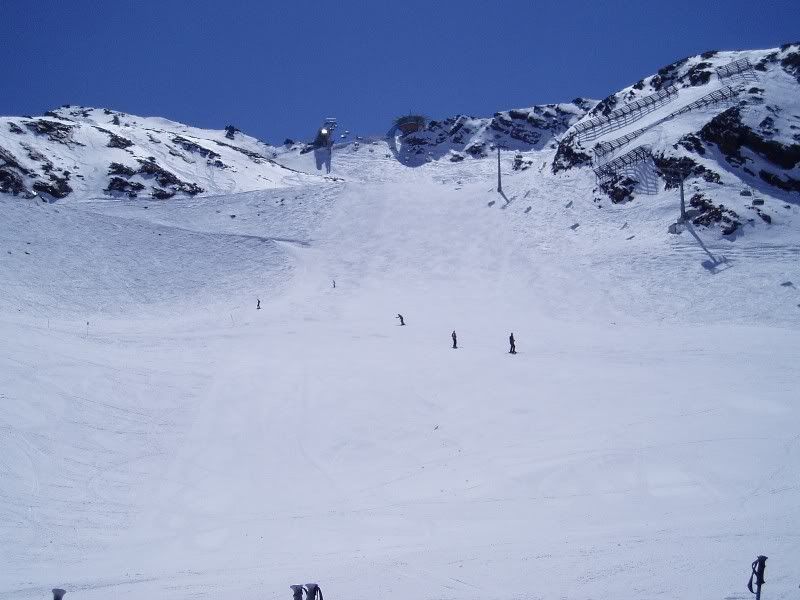 The lift linking Hochgurgl to Obergurgl. 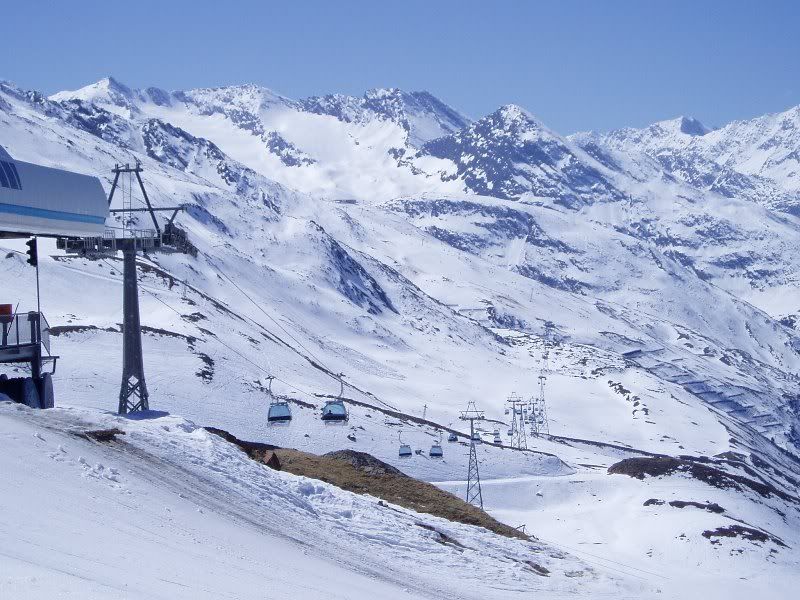 There was some very nice skiing here a week or so earlier before the warm temps hit. 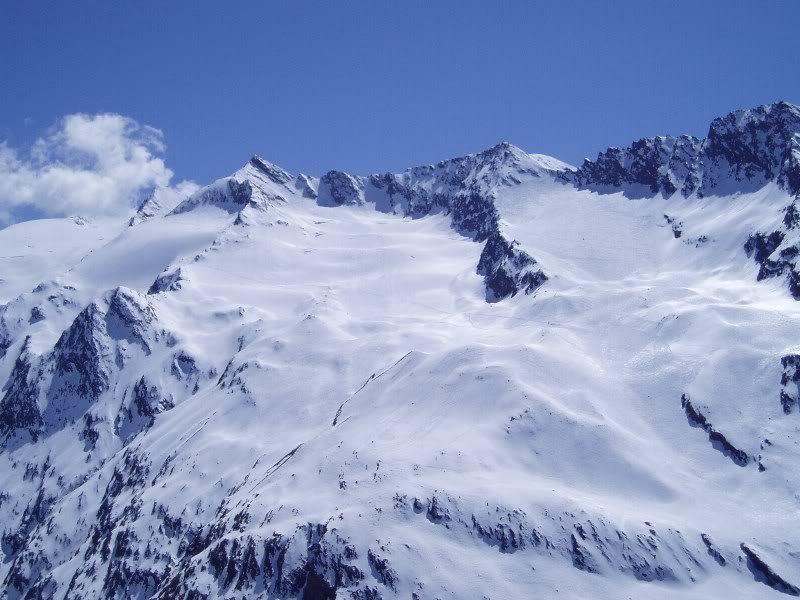 Views of the wet snow avalanche below Hohe Mut in Obergurgl. 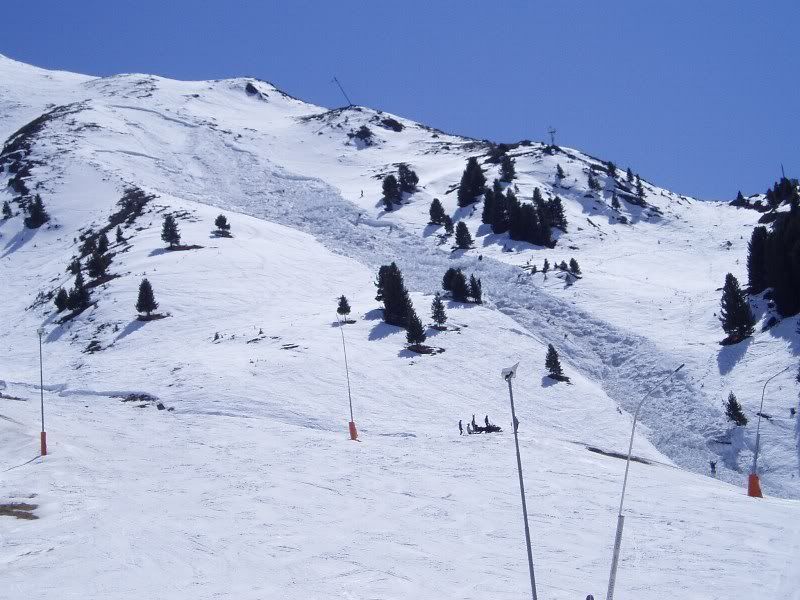 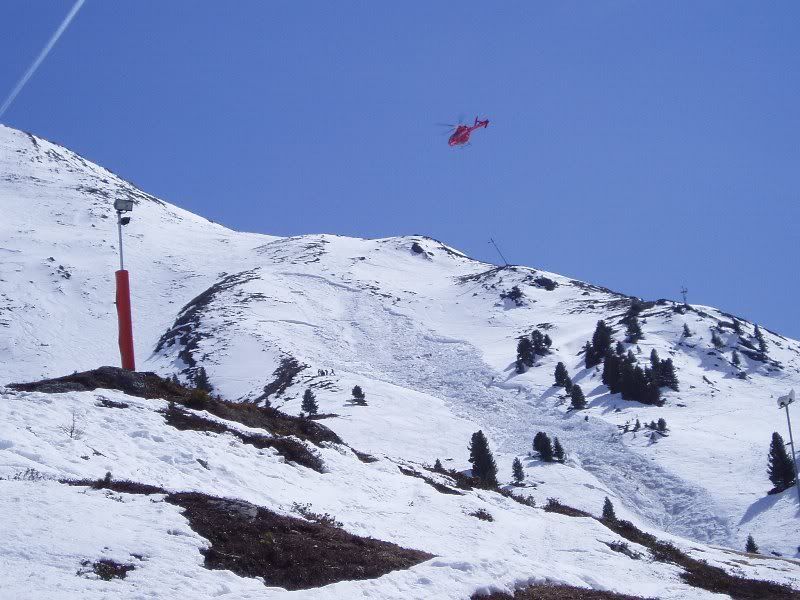 A view from further back. I had just skied more or less the 'regular' Hohe Mut run in and slightly to the left of the moguls. 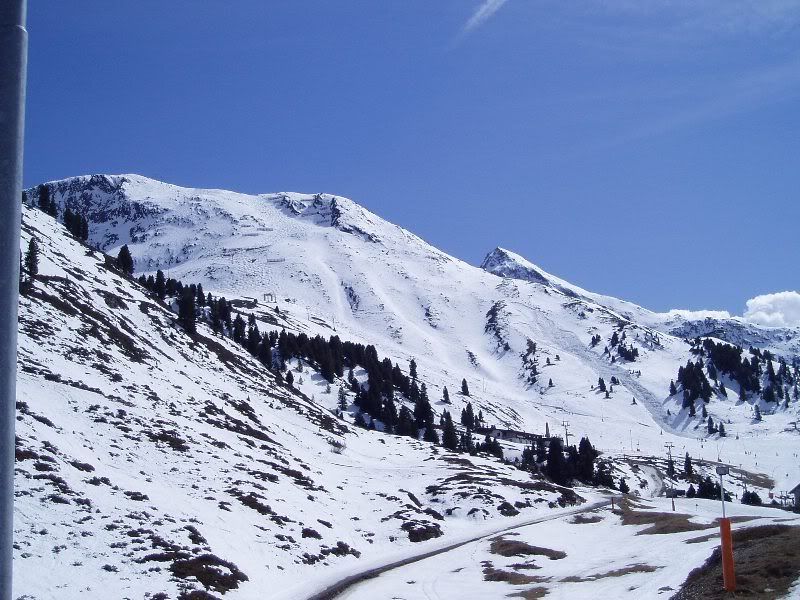 Nice! Paedde and I had a thigh to waist deep powder day there. Good memories...
You must log in or register to reply here.
Remove ads with a
Ski Pass