A powerful typhoon is heading for Japan.

Typhoon Man-yi is currently near Okinawa, heading north-east, expected to be over Japan by Saturday. The predicted path would take it up the southern coast of Japan, and across most of the largest cities, including Osaka, Nagoya, Yokohama and Tokyo.

Seems to be a Category 4 at the moment.

Looks like they're in for a rough ride. I have a friend on Shikoku so hope it doesn't get too bad there.
O

I've always wondered why Japan gets typhoons/hurricanes/cyclones/etc. when the east coast of NSW generally doesn't, since we are or roughly the same latitude. Is the water around Japan warmer than here or is it other factors?

D'eye said:
Looks like they're in for a rough ride. I have a friend on Shikoku so hope it doesn't get too bad there.
Click to expand...

Well, I'm in Yokohama, so it should be quite interesting!!!!

Orion said:
I've always wondered why Japan gets typhoons/hurricanes/cyclones/etc. when the east coast of NSW generally doesn't, since we are or roughly the same latitude. Is the water around Japan warmer than here or is it other factors?
Click to expand...

Tokyo is almost the same lattitude as Melbourne!!!
However, the seas are warm, and of course, Japan is surrounded by water. I think almost every spot in Japan is within 200km of the sea.
Last edited by a moderator: Nov 17, 2013

TOKYO (AFP) - Thousands of people were forced to flee their homes as a powerful typhoon lashed Japan's southern island of Okinawa Friday, grounding hundreds of flights and injuring at least 34 people, reports said.

Typhoon Man-yi, described as one of the strongest in memory, whipped up waves of 12 metres (40 feet) off the subtropical island's coasts and overturned trucks.

The typhoon is expected to smash into mainland Japan's southern island of Kyushu on Saturday and may then hit the Tokyo region, according to the Japan Meteorological Agency.

In Okinawa, television footage showed men who had been trying to clear the damage forced to cling to trees to withstand the violent wind and rain, which uprooted trees and flattened large fences.

"This is one of the biggest typhoons we've experienced in Okinawa," a local hotel employee said by telephone.

"We islanders are very nervous. It's fairly dangerous to go out or even drive a car as trash and broken trees are flying in the air," he said.

Two men aged 78 and 66 were seriously hurt when they were blown over in high winds, news agency Kyodo reported, citing the local authorities.

They were among 31 people injured in Okinawa alone since the typhoon approached Thursday, it said, adding that the storm had cut off electricity to 134,000 households in the Okinawa archipelago.

"The winds are so strong. Our staff are on standby at branch offices, waiting for the winds to calm down," a spokeswoman at Okinawa Electric Power said.

In a separate incident, a 48-year-old man was injured after falling six metres while trying to fix a television antenna on his roof, officials said.

More than 10,000 people were forced to evacuate their homes as the typhoon approached.

Authorities in Kagoshima prefecture on the southern island of Kyushu advised more than 8,760 people to evacuate, while in neighbouring Miyazaki prefecture, 2,390 people were told to evacuate as 78 houses were flooded.

Heavy rain was also reported in parts of the Japanese mainland, with 79 millimetres (3.16 inches) drenching the city of Hyuga on Kyushu island in one hour alone, raising fears of landslides.

"There may be a serious disaster, as the typhoon is approaching just after a stretch of rain," said Yasunori Nakatake, an official in Saito city in Miyazaki.

"We warned our residents to be on alert as winds and rain are expected to be much stronger from now on," Nakatake said.

Man-yi, described as "extremely strong" by the meteorological agency, is packing wind gusts of up to 252 kilometres an hour (156 miles an hour) and moving north at 30 kilometres (18.6 miles) an hour.

More than 370 flights have been cancelled, public broadcaster NHK reported.

The typhoon may cross the Tokyo region early Sunday, the meteorological agency said, warning of torrential rain, flooding and landslides.

Man-yi was named after a strait that is now a reservoir in Hong Kong.

Japan and other nations in the western Pacific are hit each year by lethal typhoons. Last year, Typhoon Shanshan killed nine people in Japan and injured 300 others. 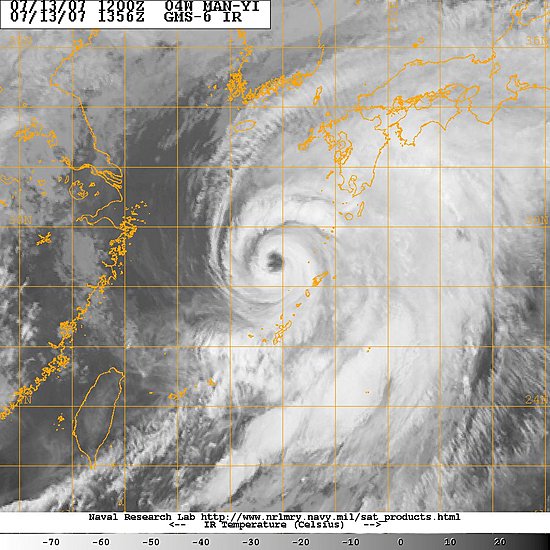 Typhoon had been downgraded from Category 4 to category 2.

South Australia - the land of chocolate 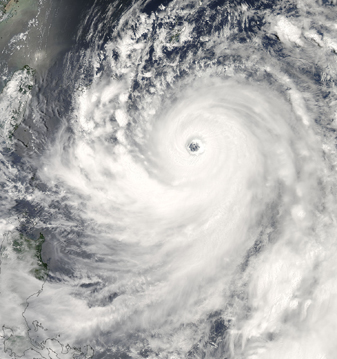 Looks like it has dissipated to become an extratropical cyclone, probably centred about 300-400km SW of Tokyo. An extratropical cyclone is what a tropical cyclone often becomes when it moves out of tropical seas, typically between 30-40 degrees from the equator. At these latitiudes typhoons, cyclone & hurricanes are affected by upper lever troughs, shortwave westeries and hook up with cold fronts which inject colder air, and eventually lose their warm core and become a cold-core systems.

It's moving a little faster, and I think most of the moisture will pass in another 6 hours. My daughter is a bit disappointed it wasn't a bit "nastier"!!!!!!

Another one in bound. Typhoon Usagi.

Typhoon Usagi is forecast to strike Japan at about 06:00 GMT on 2 August. Data supplied by the US Navy and Air Force Joint Typhoon Warning Center suggest that the point of landfall will be near 32.0 N, 132.6 E. Usagi is expected to bring 1-minute maximum sustained winds to the region of around 185 km/h (114 mph). Wind gusts in the area may be considerably higher.

According to the Saffir-Simpson damage scale the potential property damage and flooding from a storm of Usagi's strength will be Category 3 at landfall.

Ok, another one incoming. Typhoon Fitow.

Category 1 at the moment, it's strengthening, and will be Cat 2 by early tomorrow morning. Due to hit Japan just near Tokyo about 9pm Thursday. Still trying to decide if I'll go in to work tomorrow, as it's likely to pass within 100km of my place!!!!! 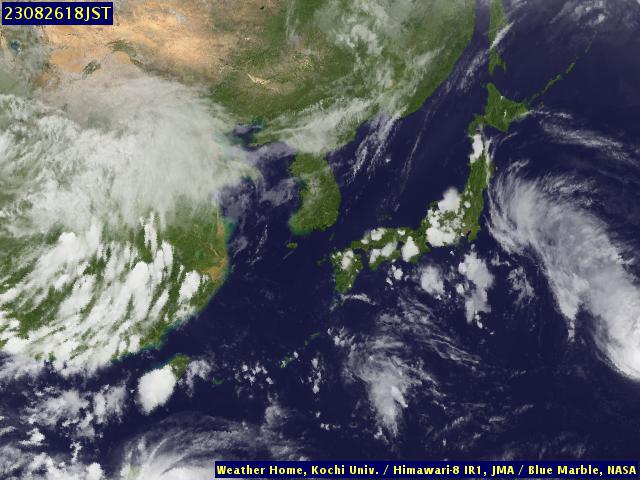 Which way does it spin at the equator?

Hey Sandy, when does it start getting cold and snowy up there?

All the best and take care in the elements m'friend!

glad to hear you were okay Sandy.

Wasn't a big deal really. Japan gets quite a few typhoons (10 last year), and they are not usually very nasty.

The heat turned about two weeks ago, and now we are getting into the 30's only about twice a week, after 4 weeks of 32-36 degrees & high humidity. By early november, it will be dipping down below 20, and with a bit of luck, we could get snow in the mountains by late November.
Last edited by a moderator: Nov 11, 2013

Sandy said:
By early november, it will be dipping down below 20, and with a bit of luck, we could get snow in the mountains by late November.
Click to expand...

...sounds wild, woolley and vicarious outside your place regardless! Batton down the hatches and see you on the other side!

Last edited by a moderator: Nov 11, 2013
You must log in or register to reply here.
Remove ads with a
Ski Pass