You are using an out of date browser. It may not display this or other websites correctly.
You should upgrade or use an alternative browser.
S

To the administrator of this website, I am grateful for your work here... but very disappointed by vulgar ad for should-be-banned knife that appeared in a large form while reading ski.com.au/backcountry.
Can you report it to Commonwealth authorities, please. If not, why not? 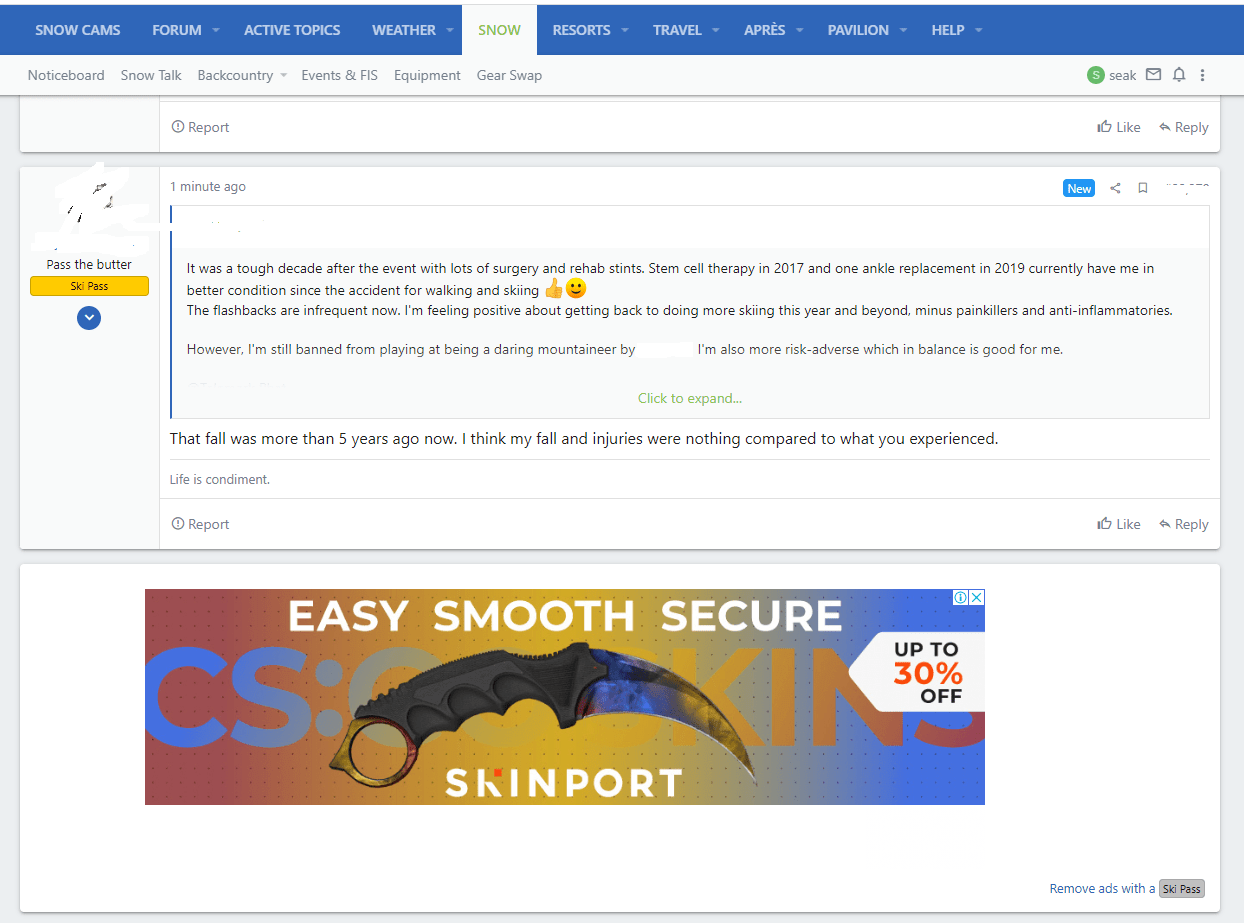 Ads on this site run automatically using Google’s Adsense ad-technology stack - no one here, at ski, decides what does and does not run. In fact, your browsing habits elsewhere on the internet determine what ads get put in front of you - in fractions of a second as soon as an ad-slot comes into view on your screen.

There’s a whole world of mind boggling online ad-technology going on that is entirely out of the hands of small, zero-weight players such as this forum. Unless you have been living under a rock, most folk know by now that their online behavioural privacy has been sliced and diced a zillion ways and onsold to anyone who wants it.

We do have a few broad controls. All the so-called ‘sensitive’ categories are disabled (e.g. gambling, religion), plus many other categories, such as political ads. There are many ways to be offended by ads, we circumvent a good volume of such opportunities but without disabling all ads, I guess some will always slip through. Disabling potentially offensive ad-categories hurts the bottom line but we do it anyway.

The ad in question is highly likely not illegal and likely falls into the ‘sports’ category for which I have no intention of disabling least I simply shut the entire site down.

Google has the best controls, not perfect but the best in the game at keeping illegal ads out of play. So the question of its right to be shown is with the ‘Authorities’.

All that said, and whilst I sympathise a great deal with why - (and at this point I’m speculating, presuming and/or projecting) - why you find the ad so offensive, you are shifting the burden and exerting your will upon me - of which I will not oblige.

Please feel free to complain to said ‘Commonwealth Authorities’ and report back on your effort, progress and success/failure.

In the meantime, I’ll reacquaint you with our 100% ad-free product available to you for just $11 per year (Ski Silver). Protect your privacy and never see an offensive ad on these forums for an entire year. On balance, it’s significantly the least effort with a bigger privacy benefit payload for you - but also for me…. It keeps the lights on better-er.

You can also report the ad yourself to google: 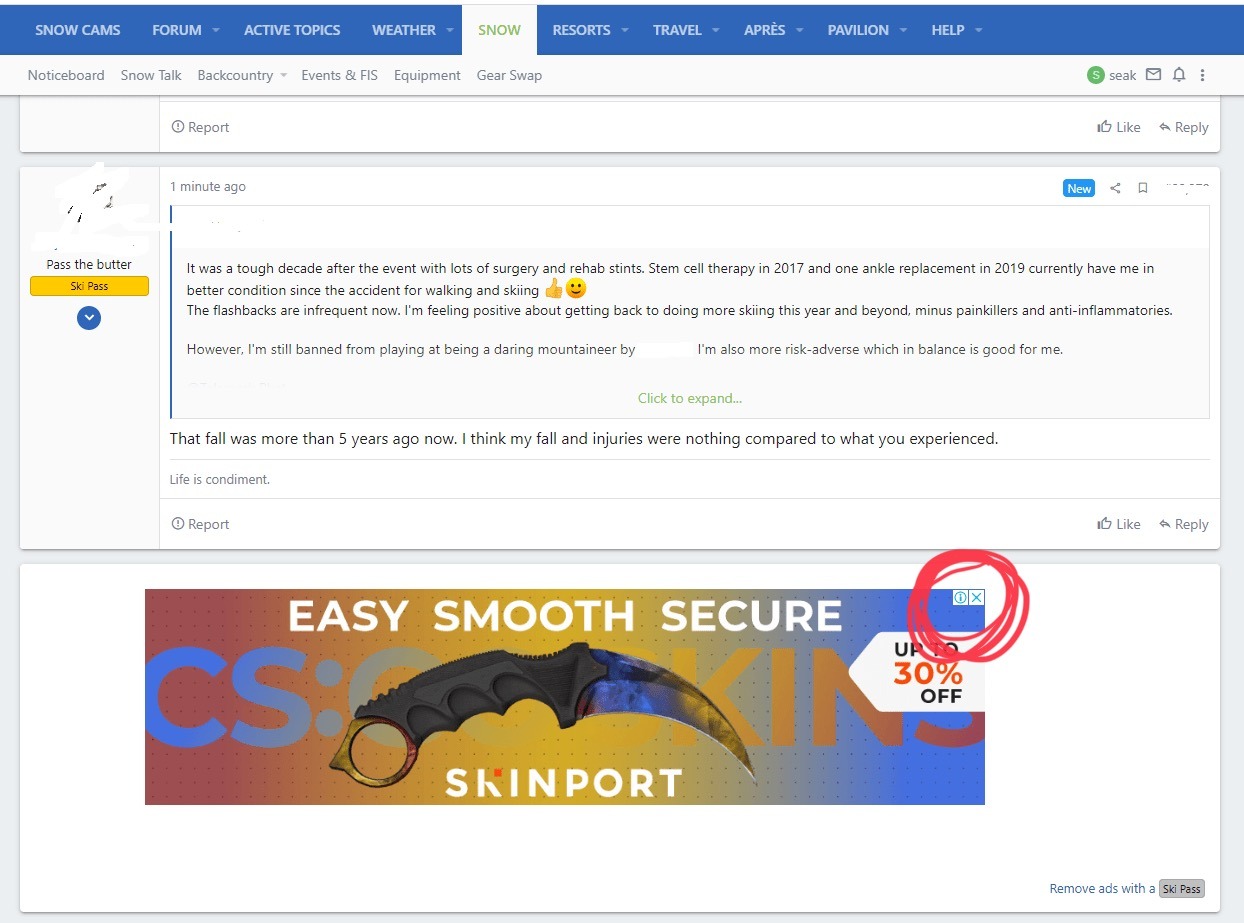 CarveMan said:
You can also report the ad yourself to google:

I should have remembered that.
Reactions: Jonathan_P

CarveMan said:
You can also report the ad yourself to google:

Ironically, I had to disable ad blocking to view this thread...
Reactions: Jonathan_P, Majikthise, MickM and 3 others

"The Panel does not consider whether a product or service is, or should not be, legally allowed to be advertised. You may wish to contact the advertiser directly with your concerns."

Appears to be a self-regulated non-government organisation. 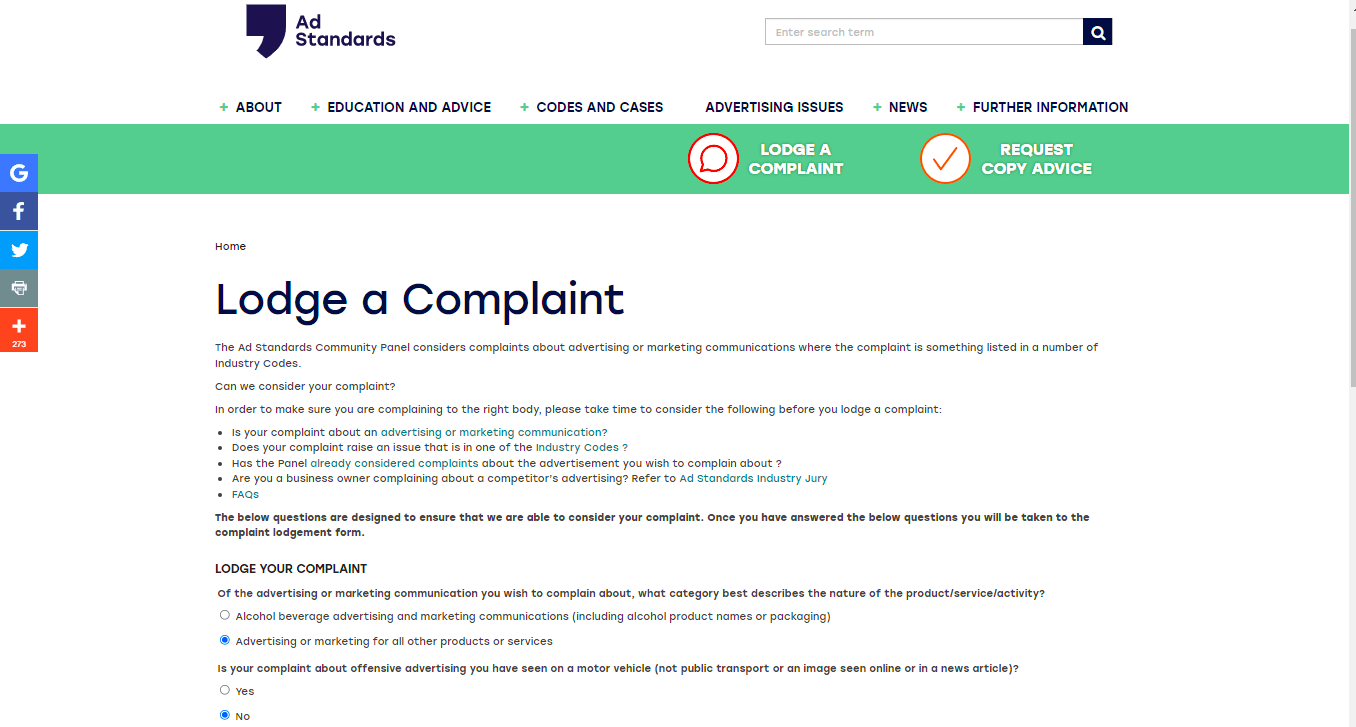 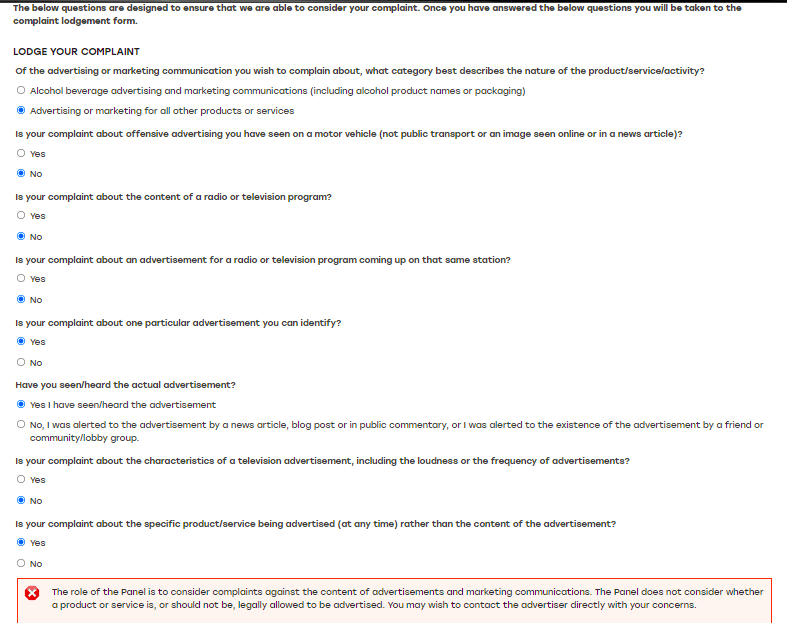 Reactions: Richard
You must log in or register to reply here.
Remove ads with a
Ski Pass