So we arrived yesterday, safe and sound!

I was completely fine having managed to doze a few hours on the plane. YK however was not!

My friend lives in San Jose, about 40mins from SFO. I had told her we would head straight to her's after picking up the rental car. We landed at 1.15pm and so I had suggested about 3pm.

I rented a car via Advantage/Europcar, after booking on vroomvroomvroom.com.au. it was a bit of a misson to get the rental car as it was off location. So we caught the skytrain to the rental car area, we then had to wait close to 30mins for a shuttle then a 10min shuttle ride to the location. Also to add to the time was the fact that 2 couples appeared from nowhere to board the shuttle and managed to get served before us! And took forever!

The good news was, all insurances were included and the only thing they tried to add was pre paying gas (3.29 against the state average, of 3.99) which we agreed to. And also roadside assistance, which in the end the agent even agreed we didn't need!

We lucked out and got a Awd Sante Fe. So that was good (we didn't tell them we were going to Tahoe, so no upsell to a 'safer' car either!

However, there was only half a tank of gas, when we told them they made us follow an employee to a gas station, adding further time delay!

In the end we got to my friends at 3pm! hubby was waxing their gear so YK did ours!

We were invited to a family birthday dinner but I could tell YK was not far off crashing so we declined. while I was facetiming my niece and nephew (b'day wishes) there was a discussion about dinner suggestions. Apparently Barbecue came up, so YK got directions to that! The description was 'it's done by black guys, so it's the good stuff!'

We also were sent to best buy to buy a sim. They insisted on setting it up, so we ended up there for about 30mins in the end. By the time we left YK was at crashing point. I offered we have go straight to the hotel but he wanted barbecue, so off we went.

After dinner YK was so tired that he made me drive and crashed in the car on the way to the hotel.

Now staying the night in the bay area was a last minute idea, but I am glad we did considering the time it took to get car. When look for a hotel near my friends, one of the cheapest was a place called Hyatt House. It came with breakfast and was basic but very comfy! Super soft bed!

However it was pet friendly hotel and as I settled into bed (YK was already snoring next to me!) A dog was barking it's head off! So I called reception, they offered to move us immediately (I think YK would have killed me!), but I said just call the room and let them know. Turns out the owner had gone out and was only 10mins from the hotel. that's all I needed to hear! That the dog was only barking cause it was left alone! I just wanted to know that it wasn't going to last all night! However they offered me extra points on my Hyatt accout! Sure I said...

Sure enough the barking stopped and I fell asleep eventually (I was not sleepy at all!) However I was wide awake at 12.30am! I fell back to sleep again, waking at 8.30am.

Breakfast was good with a omlette chef (similar but not as impressive as the one at Niseko Hilton) the buffet was actually pretty good quality too. So all in all I recommend the Hyatt House! Rooms were on the small side by American standard, but brand new and quality furnishings. the bar area in the lobby also had a pool table!

Okay so after breakfast we set off for Tahoe.

On I needed new ski pants so we left the freeway for an REI (no luck with pants, seems that winter was over for them!) However we did find an awesome street style vendor Mexican!

YK got a bit tired on the drive so we swapped out, only for it to start puking with snow as soon as he fell asleep! It snowed the whole we into town!

We got a good deal in accom at Forest Suites, right behind the parking garage for the gondola! It worked out about $700 for 6 nights with breakfast. Modest but comfy. My only complaint is that the air con system is soooo loud!!!

They also offered us daily gifts to forgo daily cleaning etc. Which half the time we decline anyway. I said to YK they would save the environment so much more by buying new air con units!

We went for dinner at the Cold Water Brewery , and the food was yummy! They also gave me a massive blondie dessert for my birthday!

the snow coming down pretty hard (video never shows it velocity as good!) 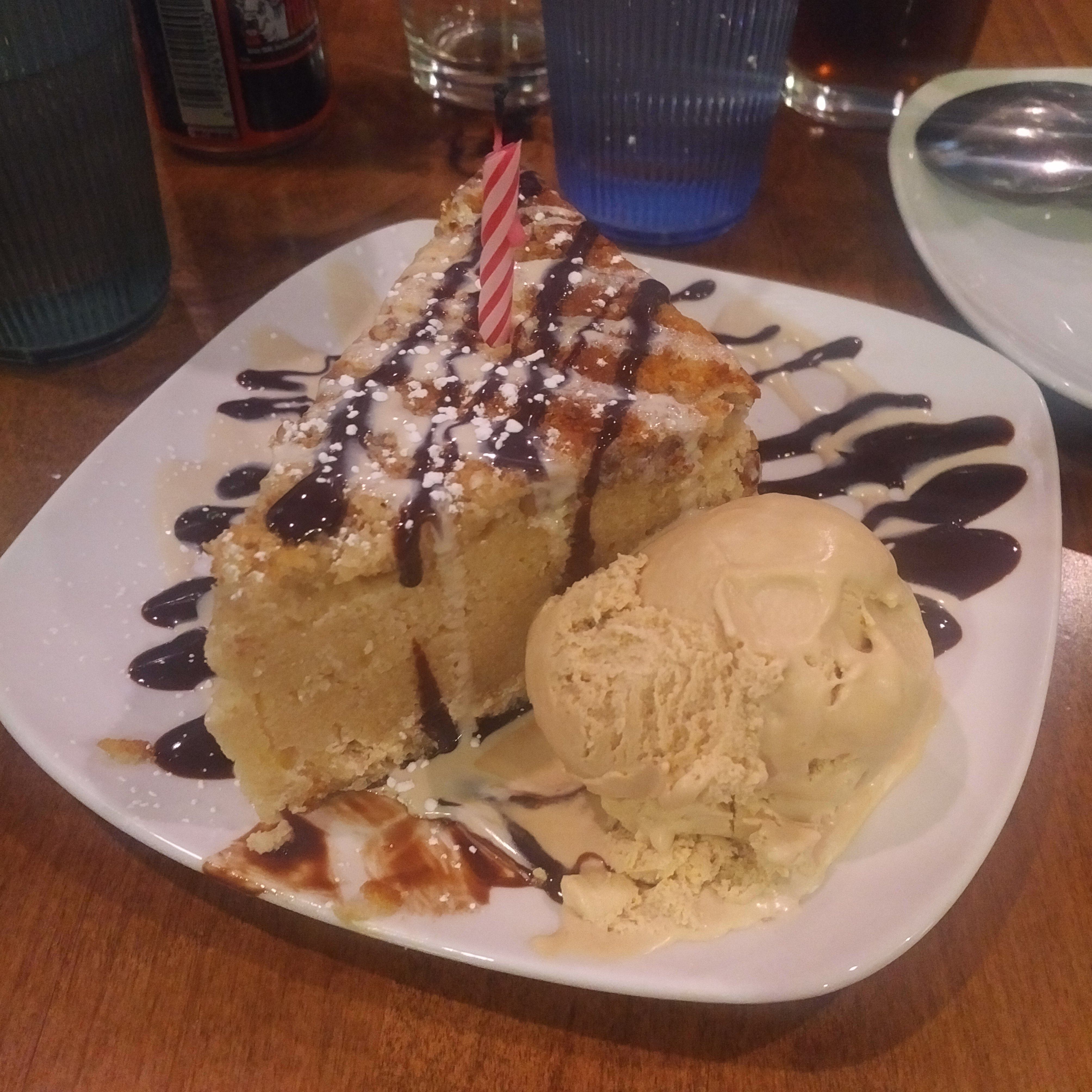 Our friends had season passes for Sierra at Tahoe so we headed up there for the day. Fun little Mountain! 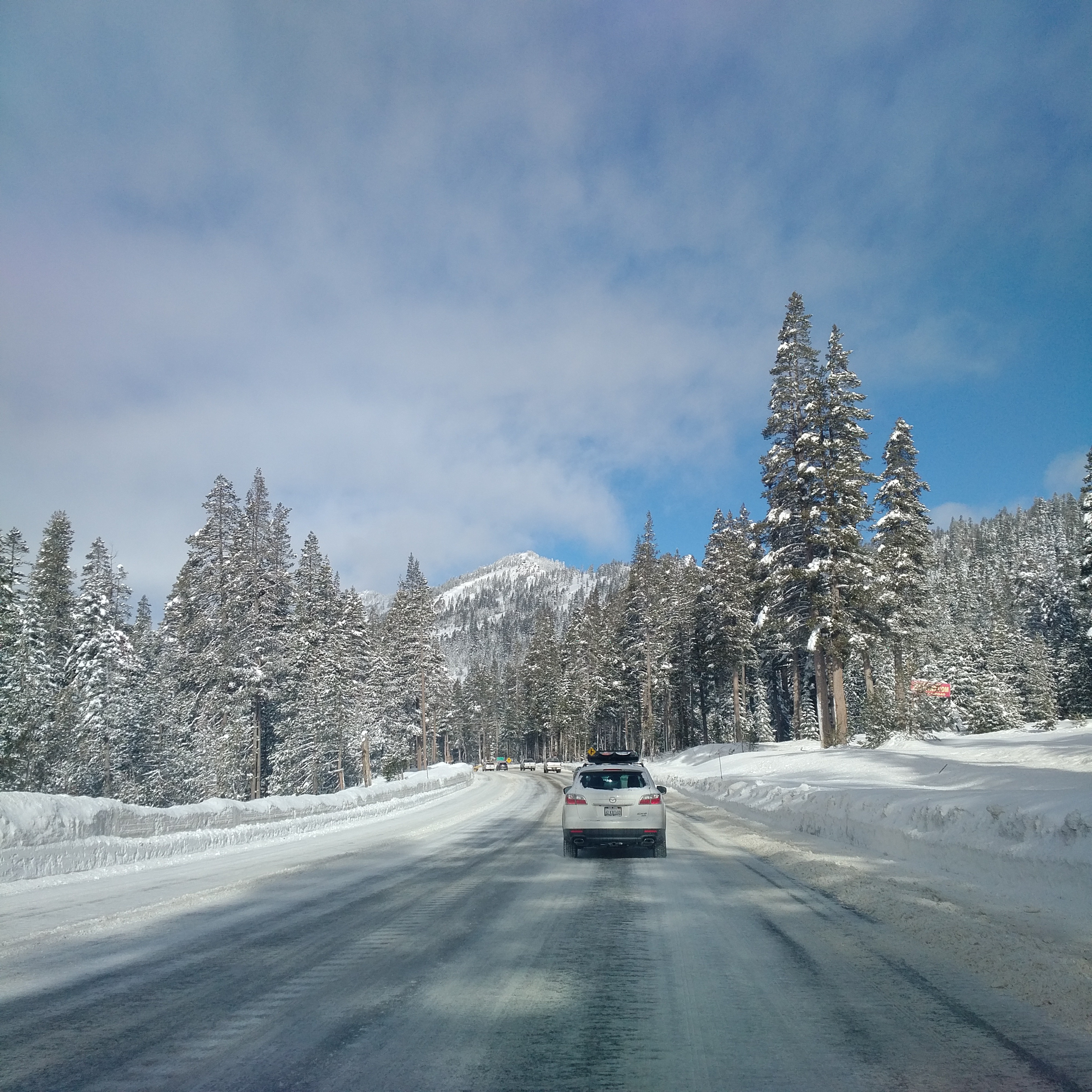 Even though I am saying full size for all it is only doing one.
Reactions: LMB and sara777

Amazing! I admire your strength driving after the flight and doing everything: I'd be crashing with jet lag, like YK Beautiful snow, want to see you guys skiing
Reactions: LMB

Old but definitely not Crusty!

I’m so glad it’s snowing for you guys!!
And BBQ Mmmmmm

Your face is my case

Our friends had season passes for Sierra at Tahoe so we headed up there for the day. Fun little Mountain!

Great hill for a day or two.
Reactions: Ozgirl 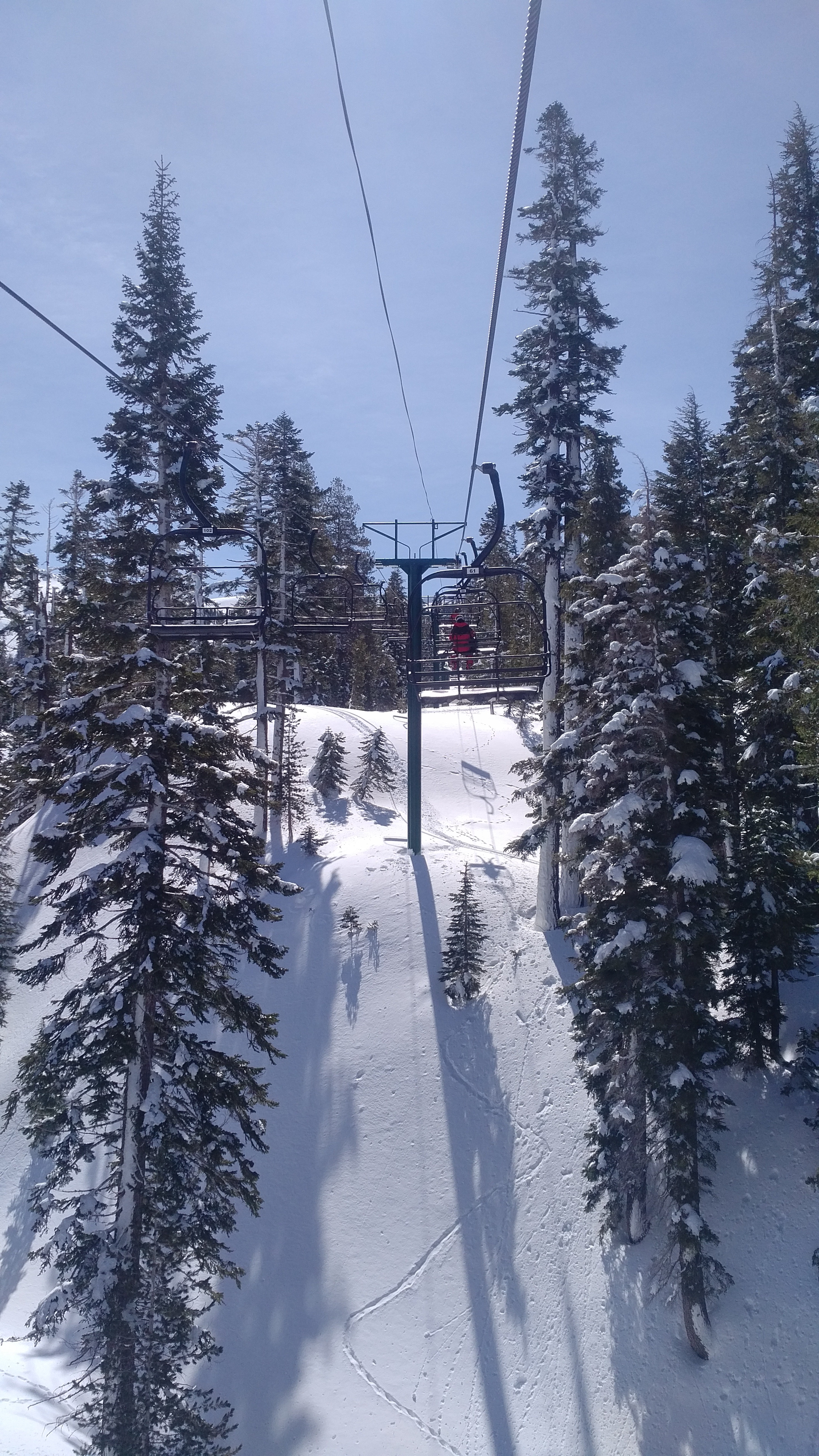 Was very quiet! Skied onto every lift!

Town seems full though. It's crazy! Struggling to get parking at our hotel too.
Reactions: sara777 and kaegee

Hour waits for tables too!

We ended up at Harrah's in the Sushi place but ate Chinese!

Now I can get my steak dinner (have been wanting steak and baked potato since we got here! Man its expensive!)
Reactions: sara777

Took a pair of Blizzard Black Pearls out for a test run today under instruction by YK.

Lovely pair of ski’s however the snow had turned overnight and was very sticky! I think it is going to be worse tomorrow, or last day might be a short one!

Just got access to the epic mix app. The guides look interesting, however a half day suggestion of 6 last lifts seems a bit on the low side! Will give it go tomorrow anyway.

We also skied down to Cali lodge (The face looked rough and didn’t have a lot of snow on it) and managed to say hi to my manager in rentals from 20 years ago!

He asked about Perisher and I just happened to have a trail map in my pocket. He was so excited and made me sign it! After making me find myself on his wall of staff group photos for each season!
Reactions: sara777

Some great Spring stormy conditions in the Cascades right now. We've skied pow every weekend for last 3, and a big old storm is rolling in now with 30cm+ forecast overnight. 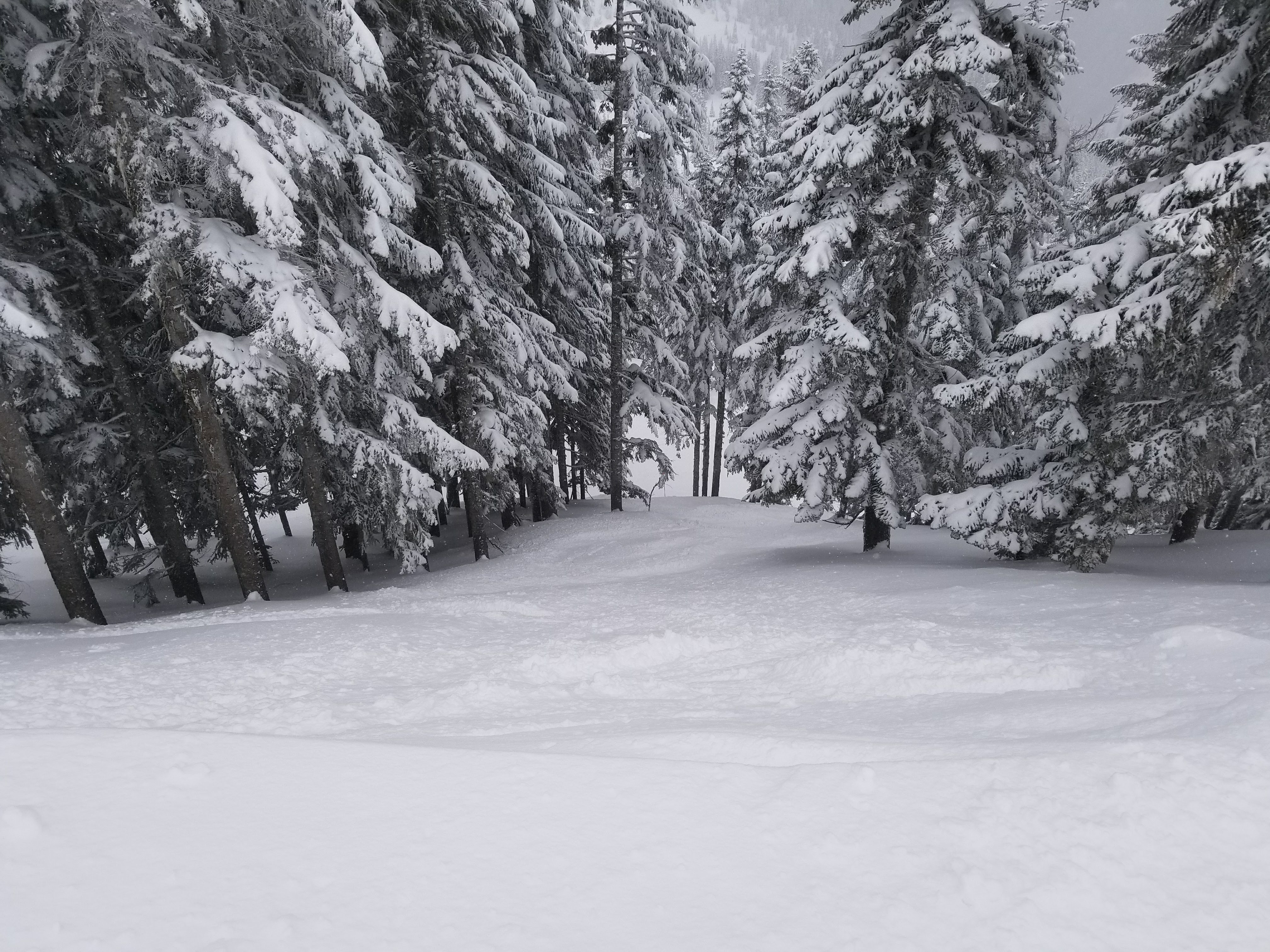 Some Mission Ridge groomer pow Saturday morning. it was a lot deeper off groomed 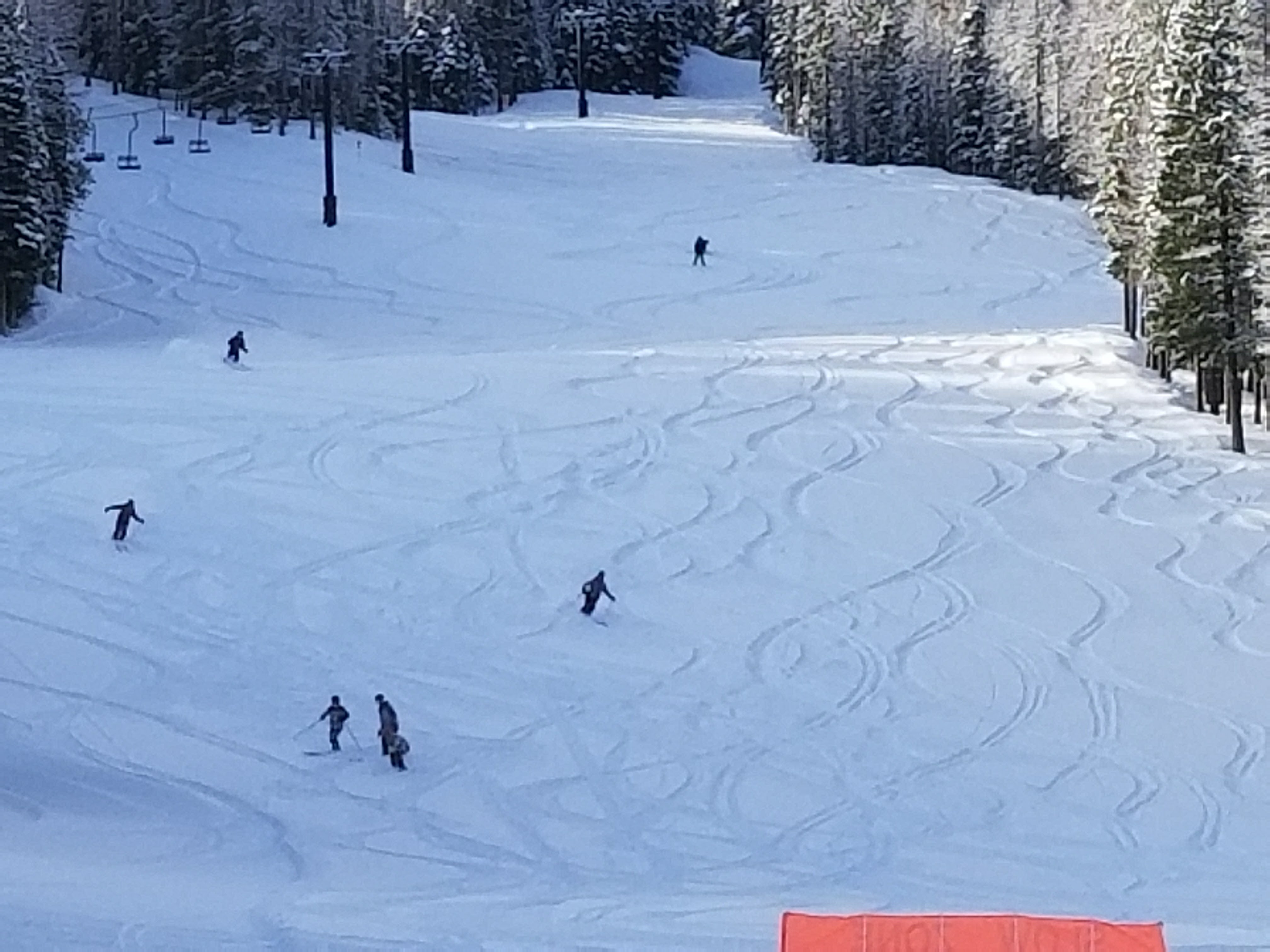 Not that I ever did serious stuff at Stephens Pass but it was a deceptively fun mountain to ski at. Our first time there we were just driving over to get somewhere else, went what's that turned around and spent some fun sliding time there.
O

Grandpa oh and computer programmer too.

Great spot. Last time there I even spotted a Kathmandu jacket with Thredbo day pass still hooked into the pocket zipper on a young woman a couple of rows ahead of me in the chairlift queue. OG1 loved the beginner area too.

There has been a lot of time since we came back from our trip to San Fran, Tahoe and Squaw Valley bit I thought I’d throw up a couple of photos for shits and giggles.

We skied New Years Eve through to Jan 5. There was limited snow as far as the locals were concerned and only half the mountain was open but there was still enough to have some fun on the groomers and my wife appreciated me skiing with her for the week.

Our accommodation in Tahoe City was fantastic, on the lake in the city centre was an absolute ripper spot and would recommend it to anyone. 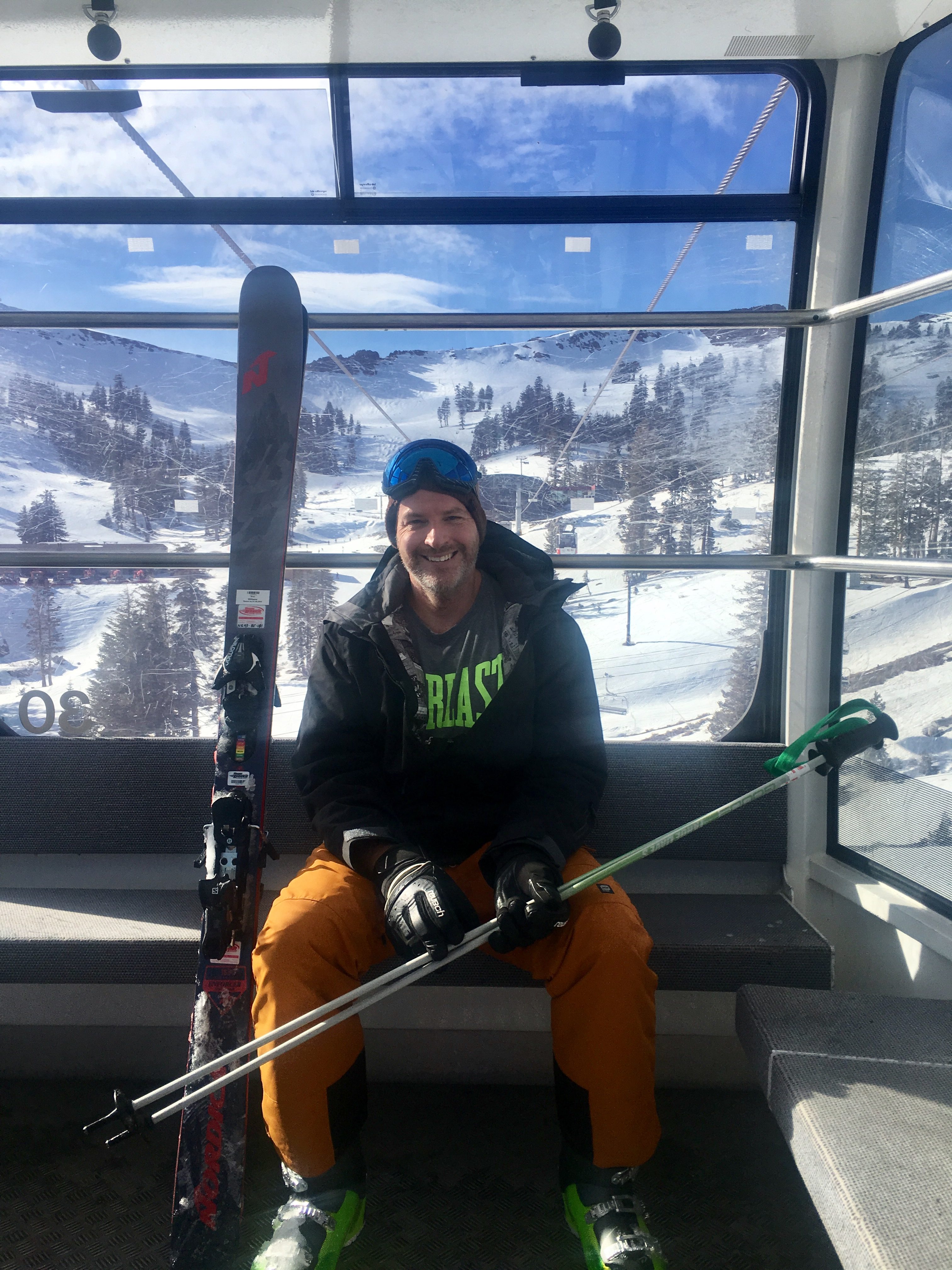 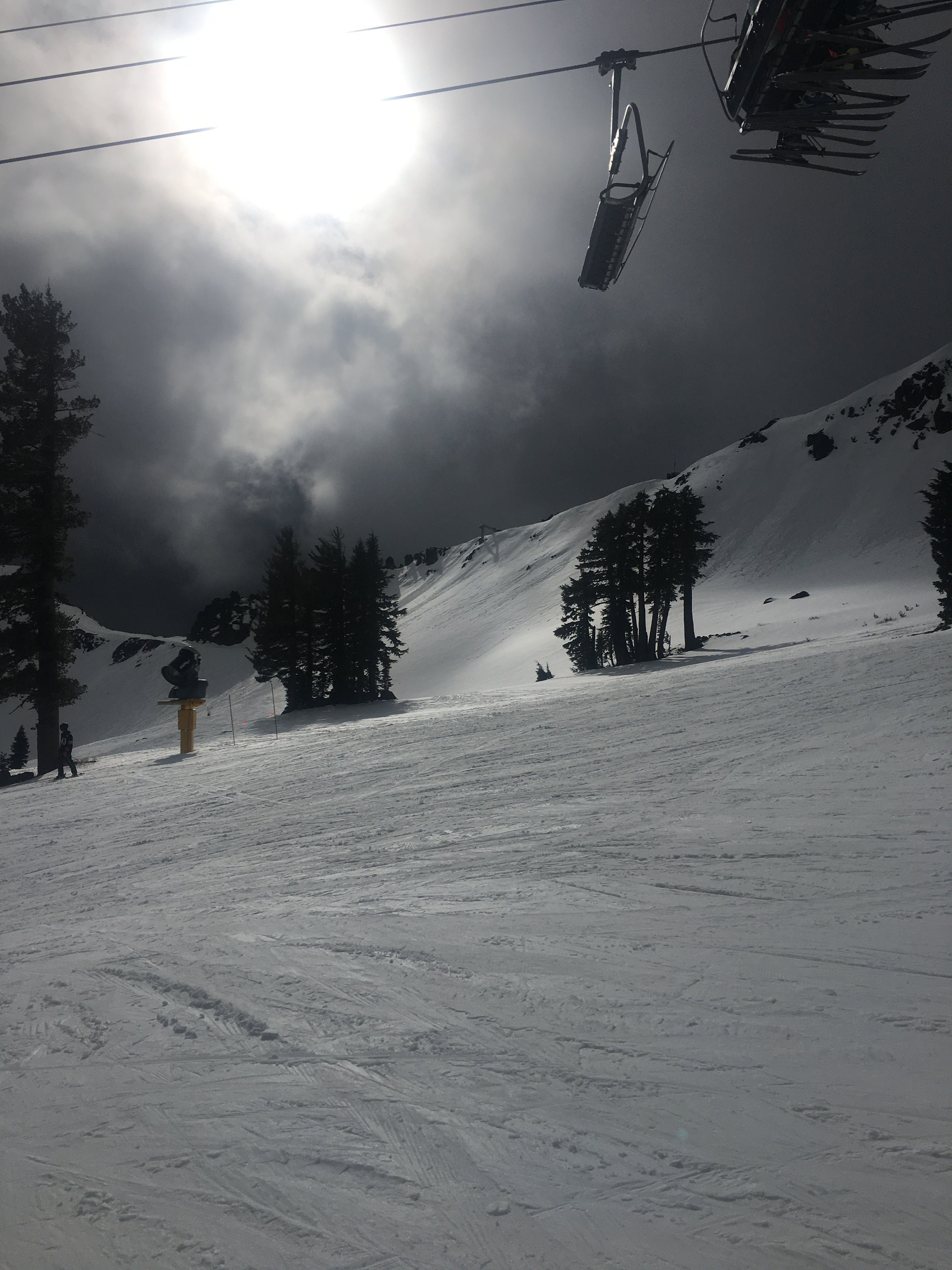 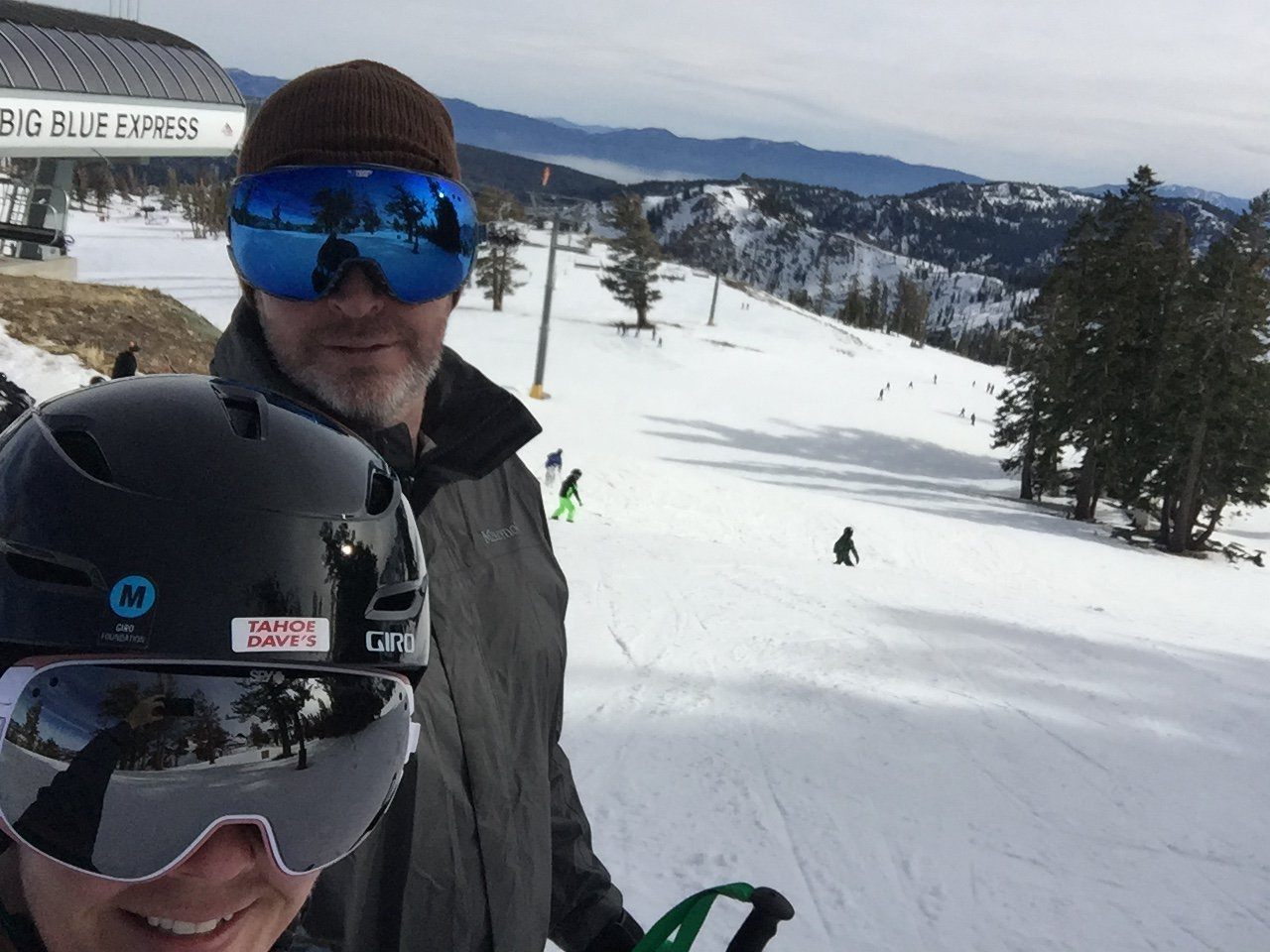 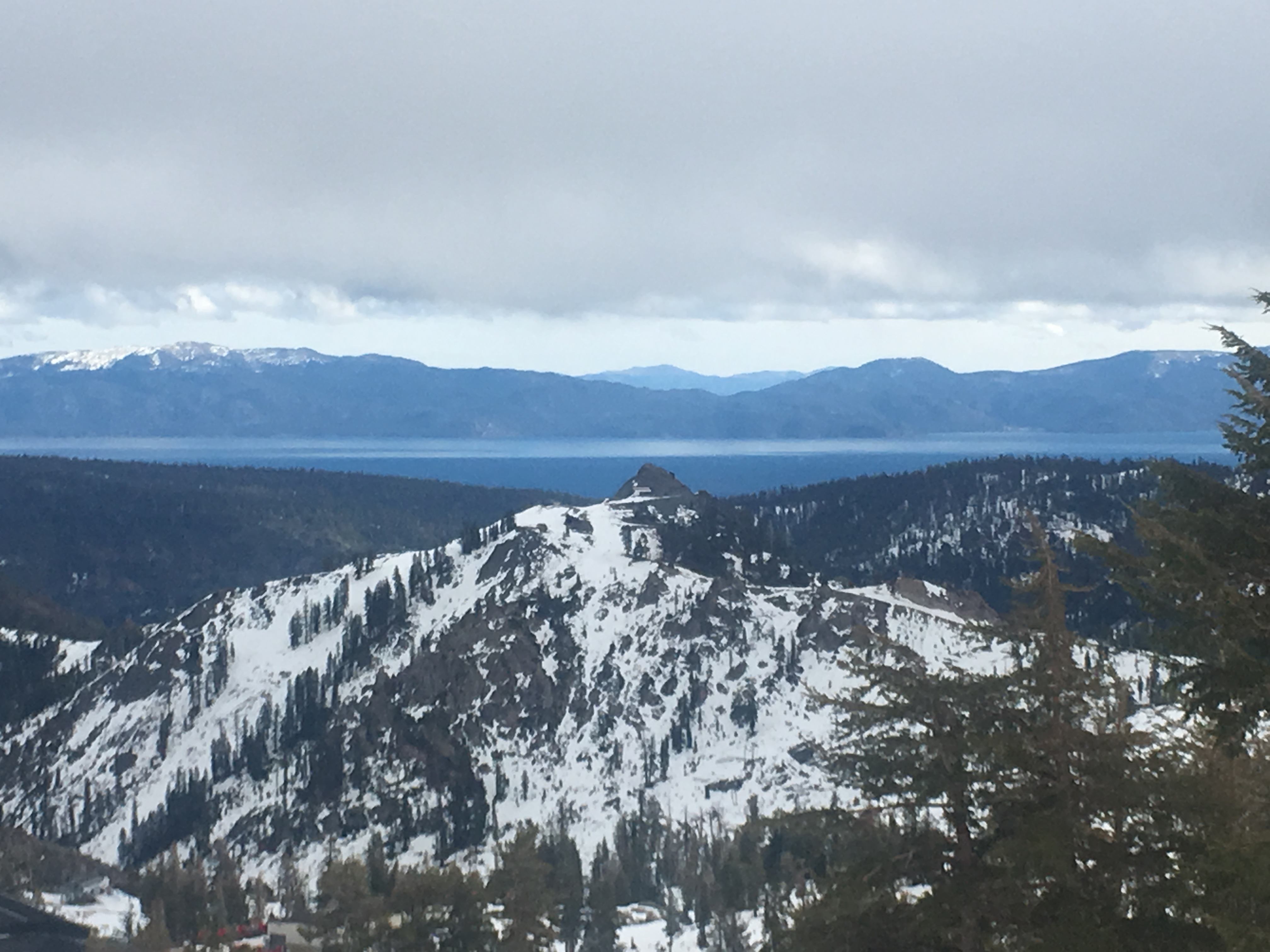 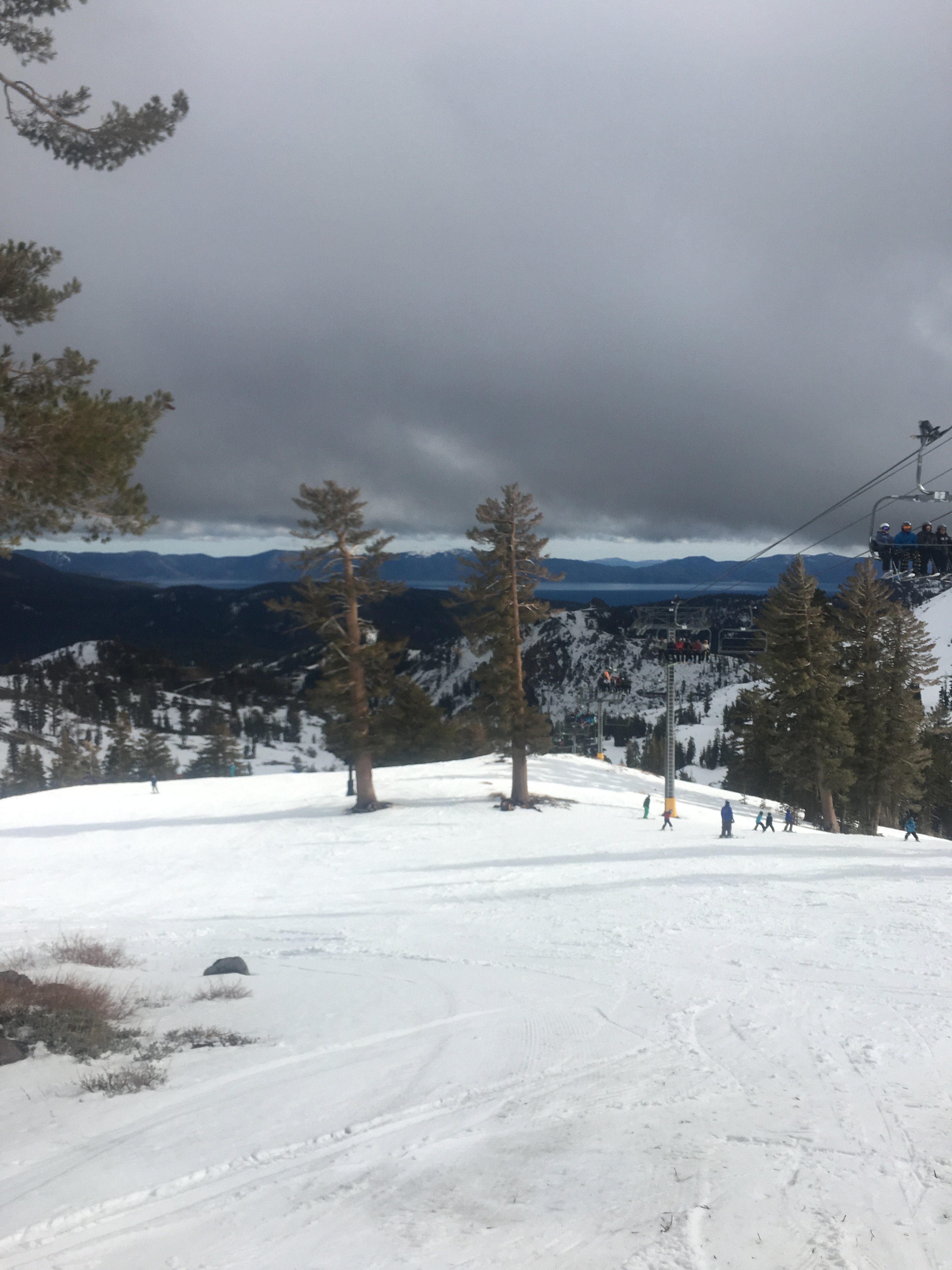 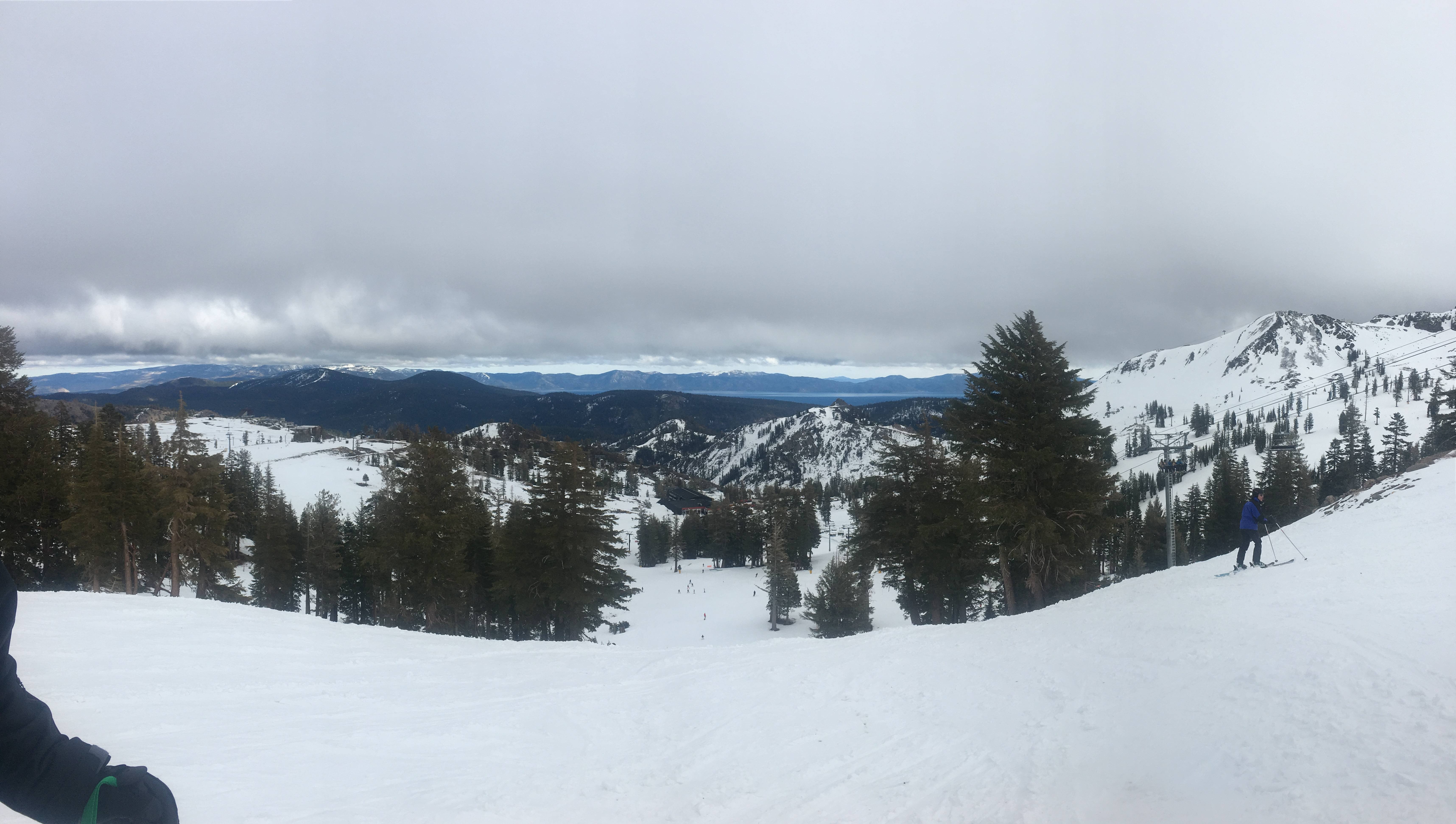 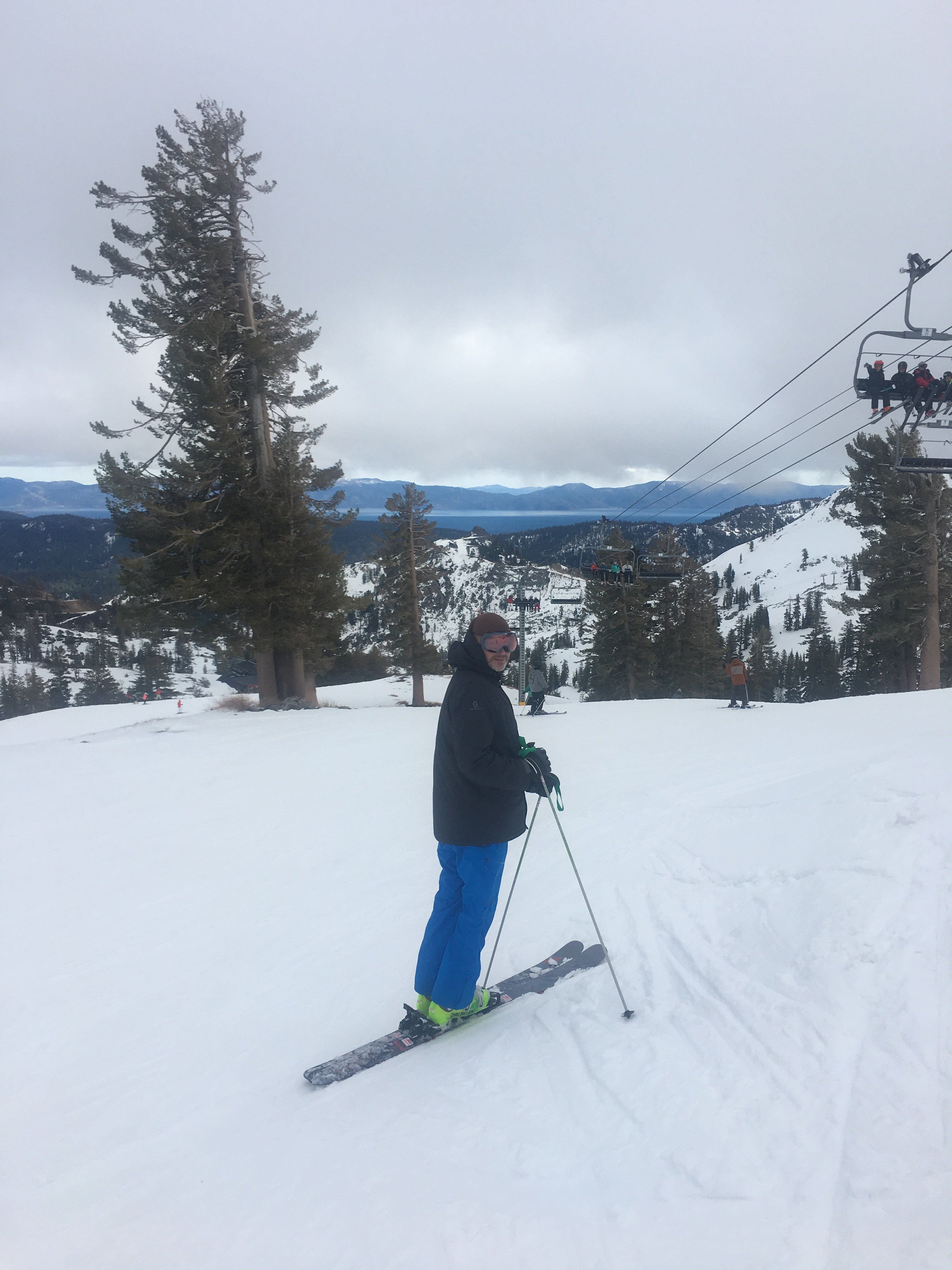 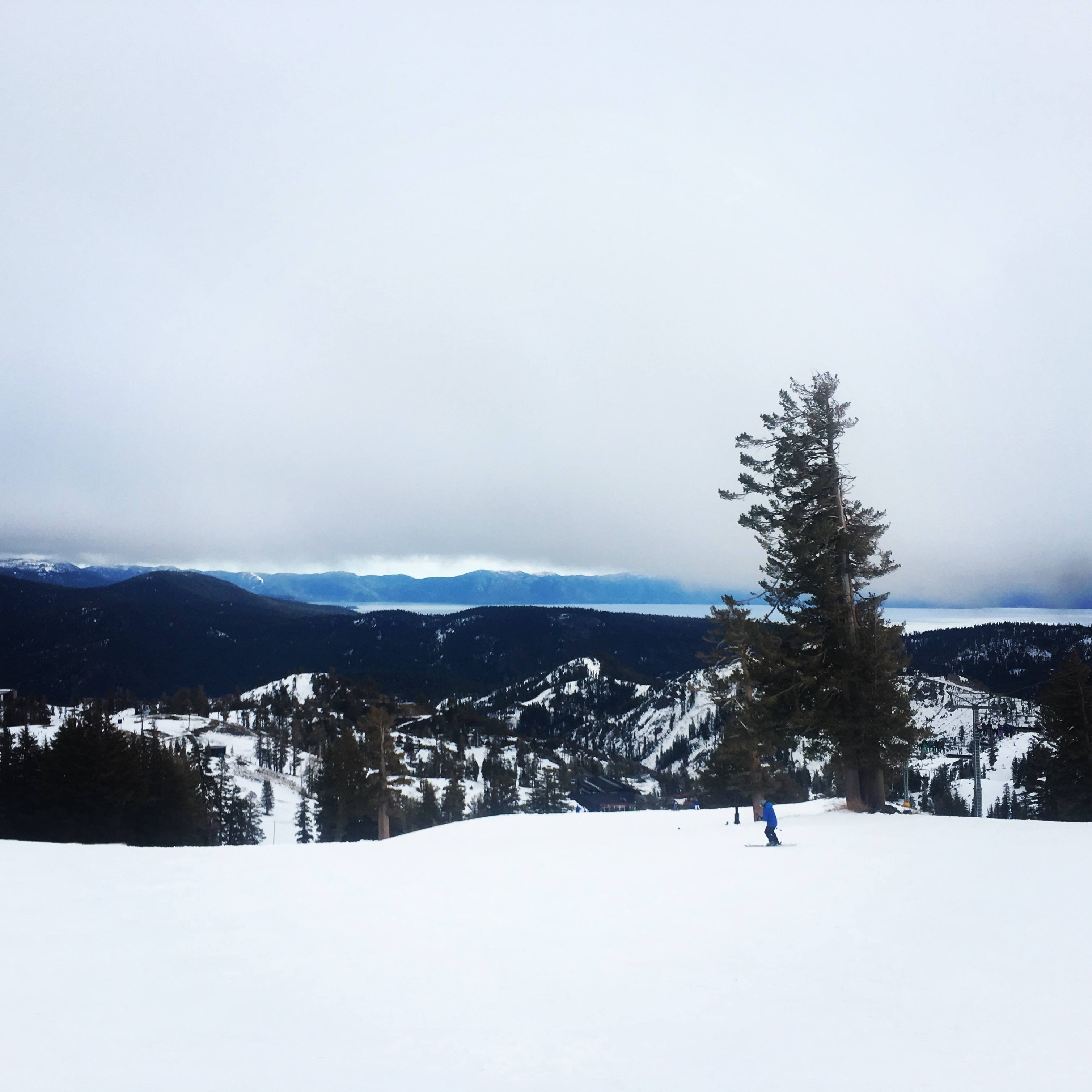 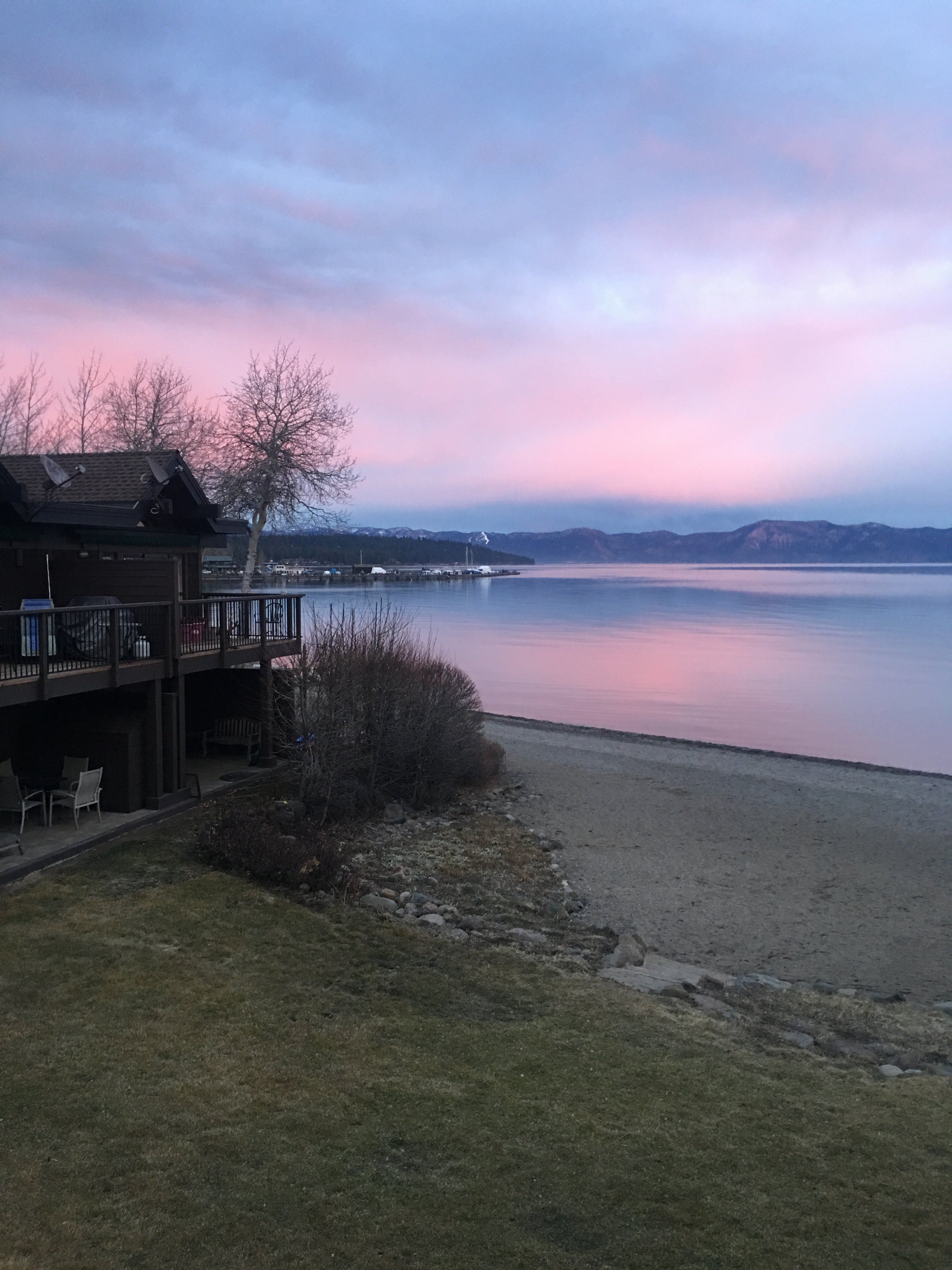 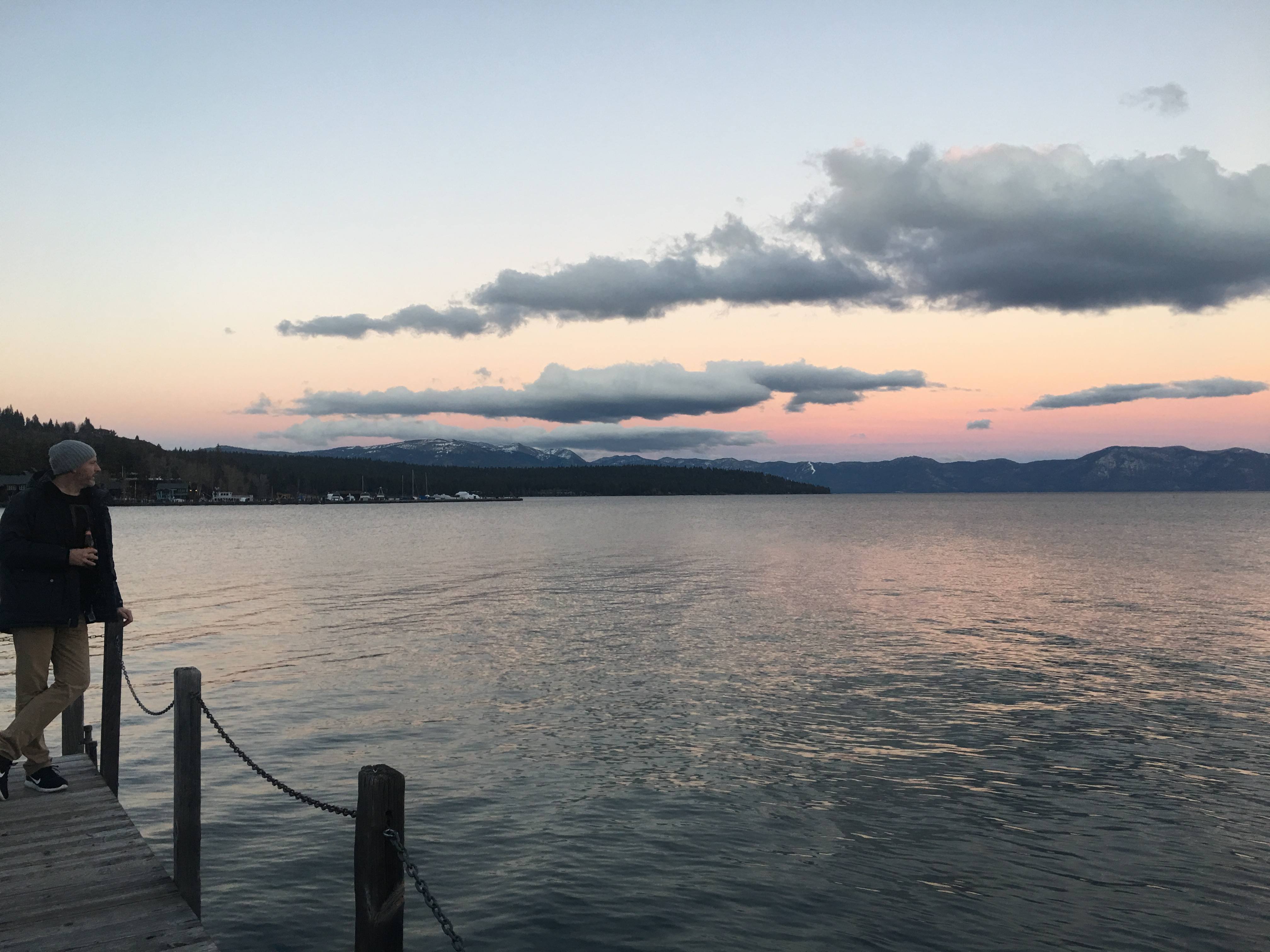