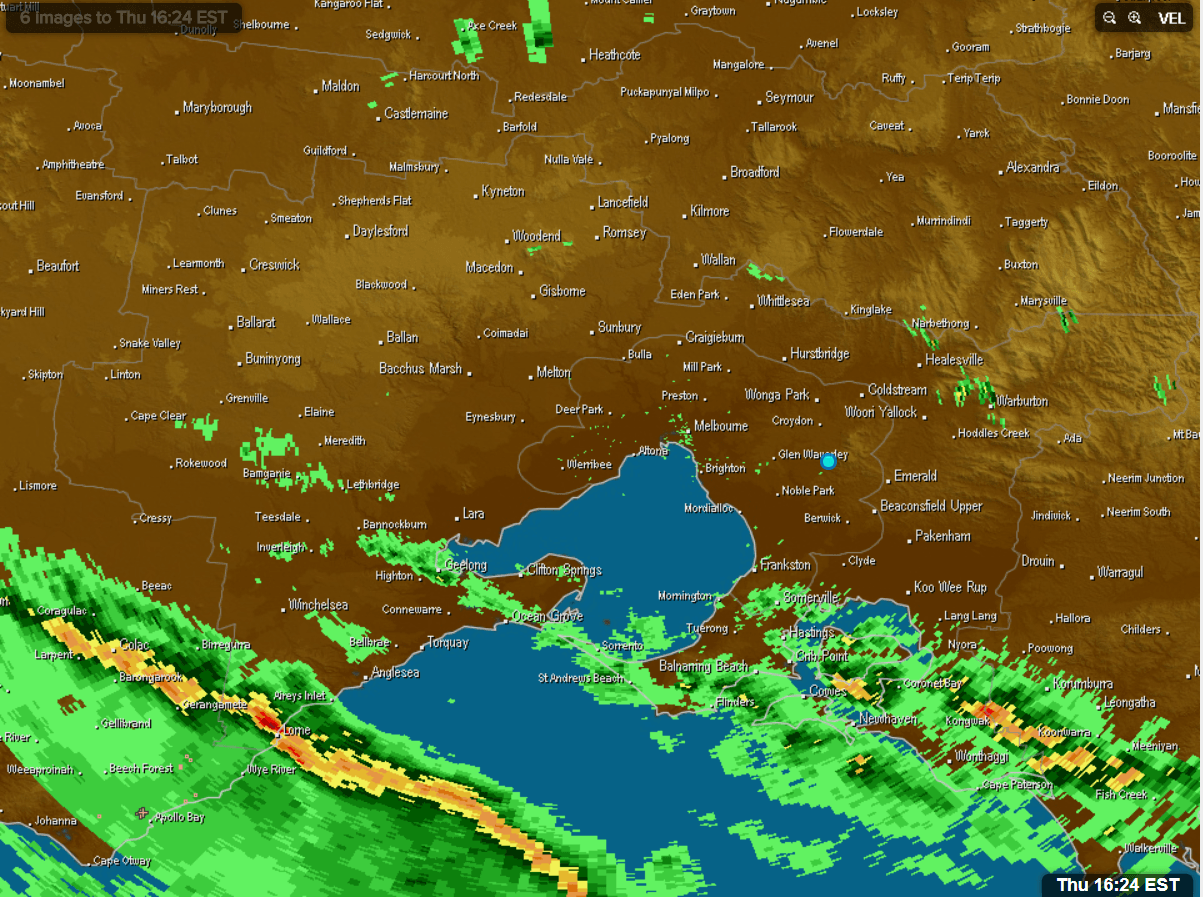 Nice storm line. Should hit metro in an hour or so
Reactions: Big_Red_60

Was about to go for a little ride, but maybe see if it calms a bit behind it! 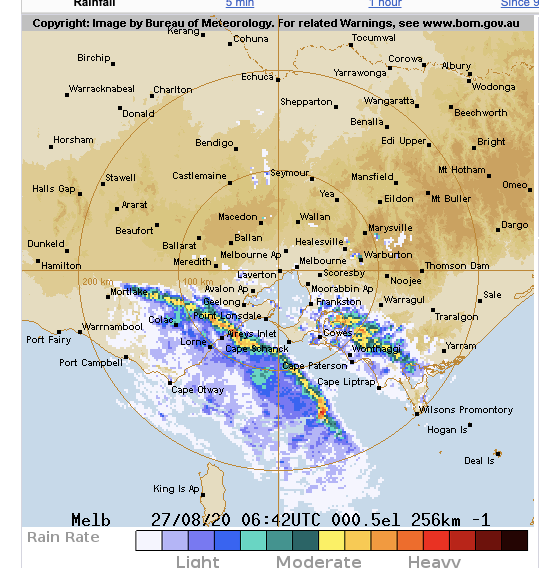 DAMAGING WINDS ABOUT THE DIVIDE AND COAST THURSDAY AFTERNOON AND EVENING 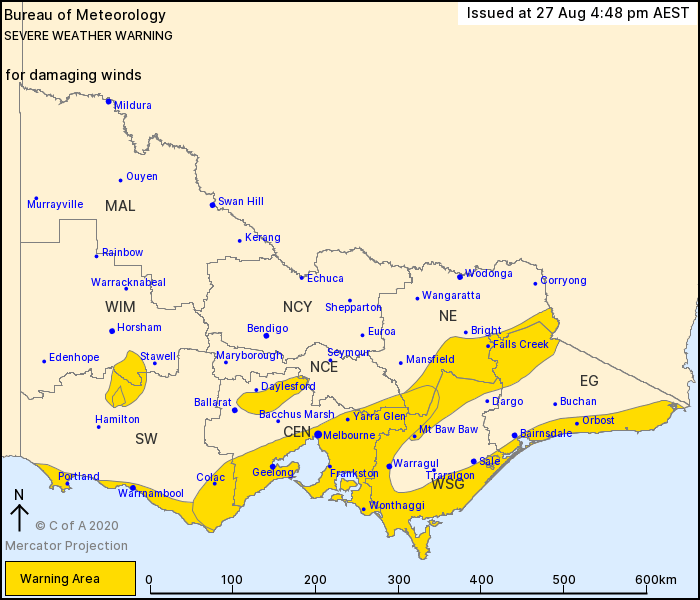 DAMAGING WINDS, averaging 60 to 70 km/h with peak gusts of around 100 km/h are currently occurring about elevated areas (above 600m) of Victoria. Peak gusts to 120 km/h are expected about the Alpine peaks.

DAMAGING WINDS with peak gusts around 100 km/h are also occurring about the south coast Thursday afternoon, extending to the Greater Melbourne area this evening, then contracting to central coasts during the early evening and the Gippsland coasts late. These winds are associated with the passage of a cold front and will have a rapid onset and will not persist for long, gradually easing following the passage of the front.

Damaging winds will contract eastward tonight, easing below warning thresholds in the west during the late afternoon or early evening, central parts during the evening, and the East Gippsland coast by early Friday morning. Winds over the Northeast ranges will ease during Friday morning.

Locations which may be affected include Warrnambool, Geelong, Melbourne, Wonthaggi, Bairnsdale and Orbost.

Plenty of lightning in it too on its Southern side.
Reactions: rime noreason 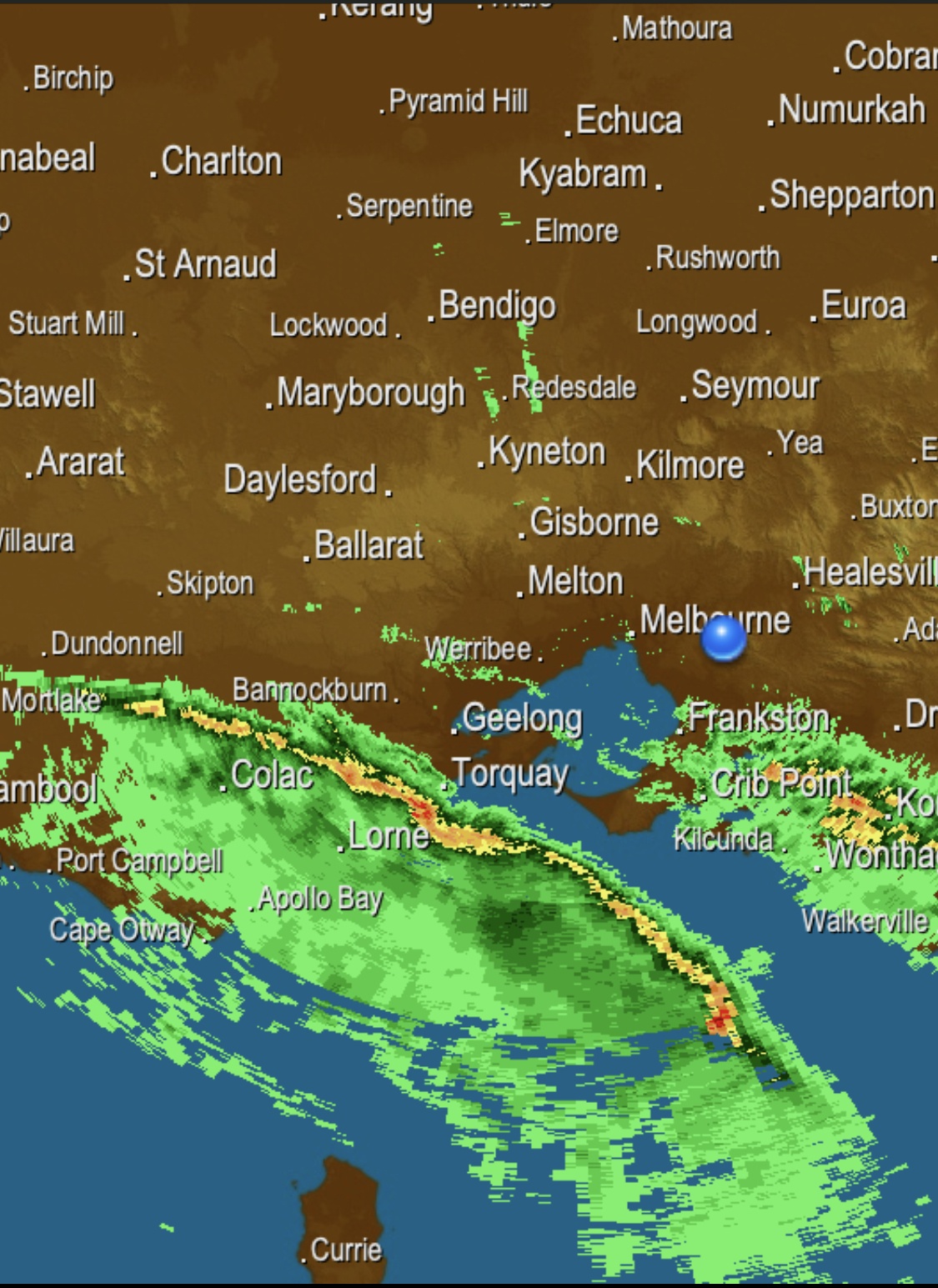 Angry little band on the way
Should be some cool pics of the front as it gets close
Reactions: whether and rime noreason

A whiter shade of pale

Very mild, got to a top of 20 here half an hour ago, wind blowing, expecting power outages any moment....... 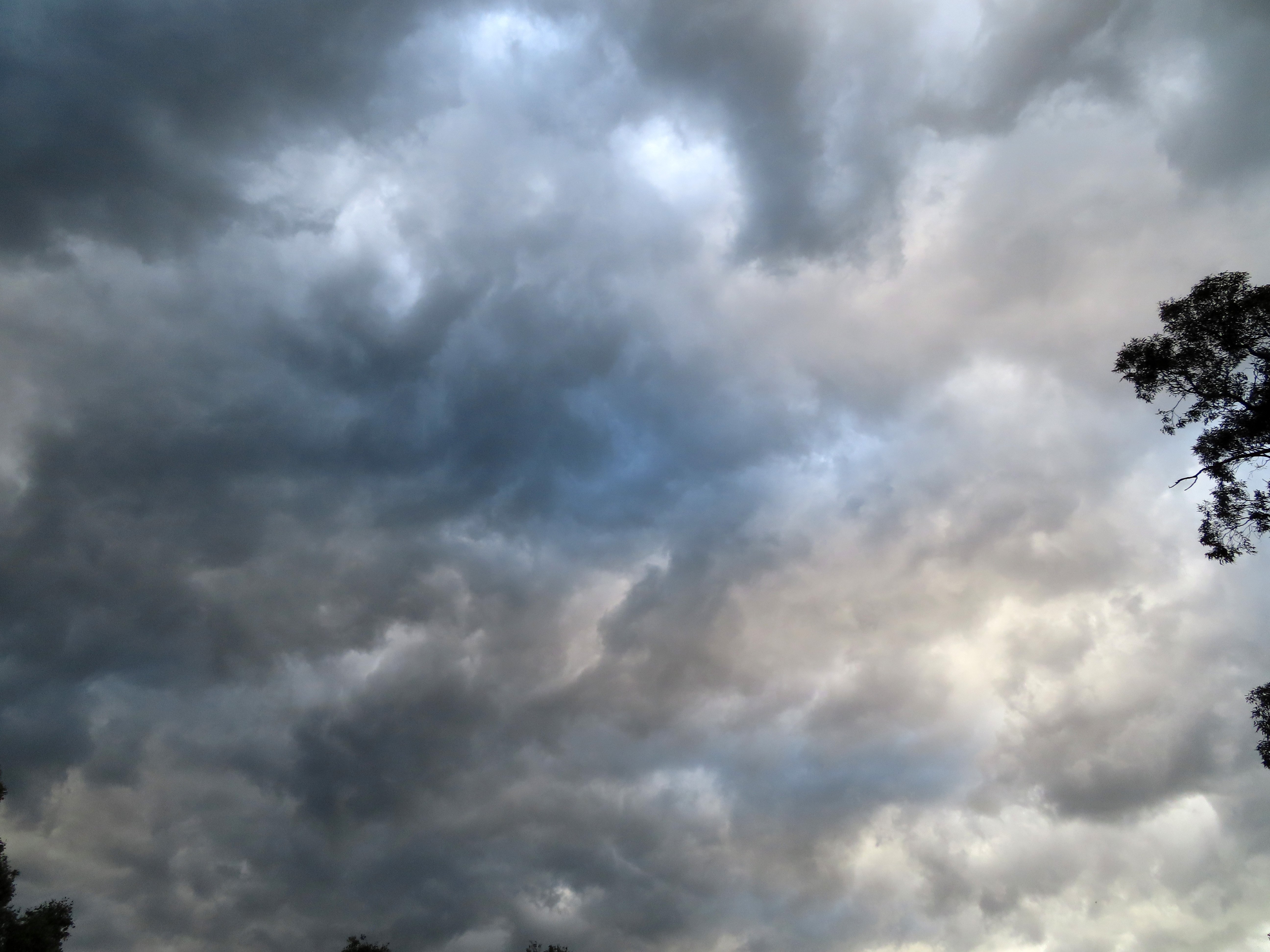 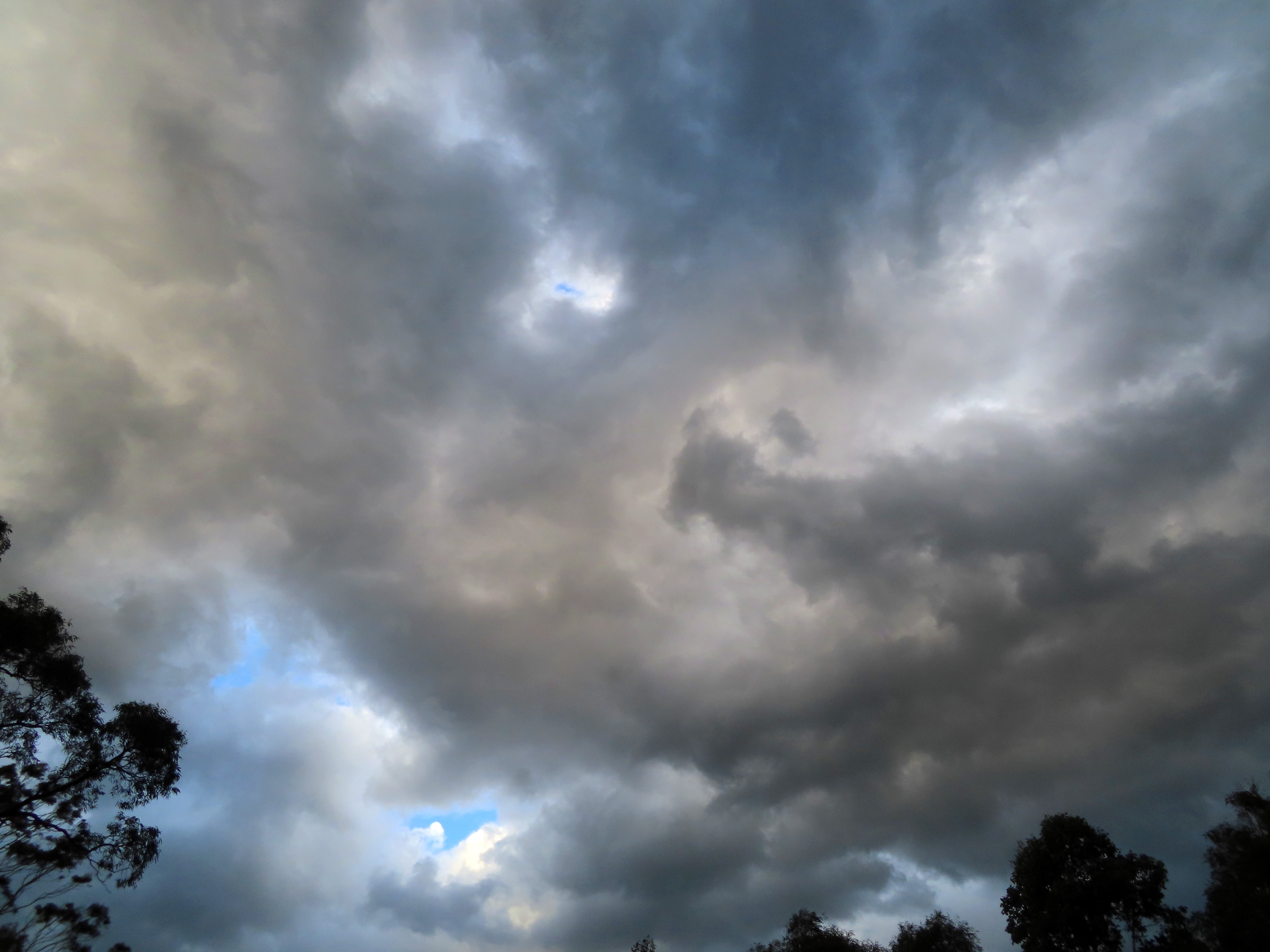 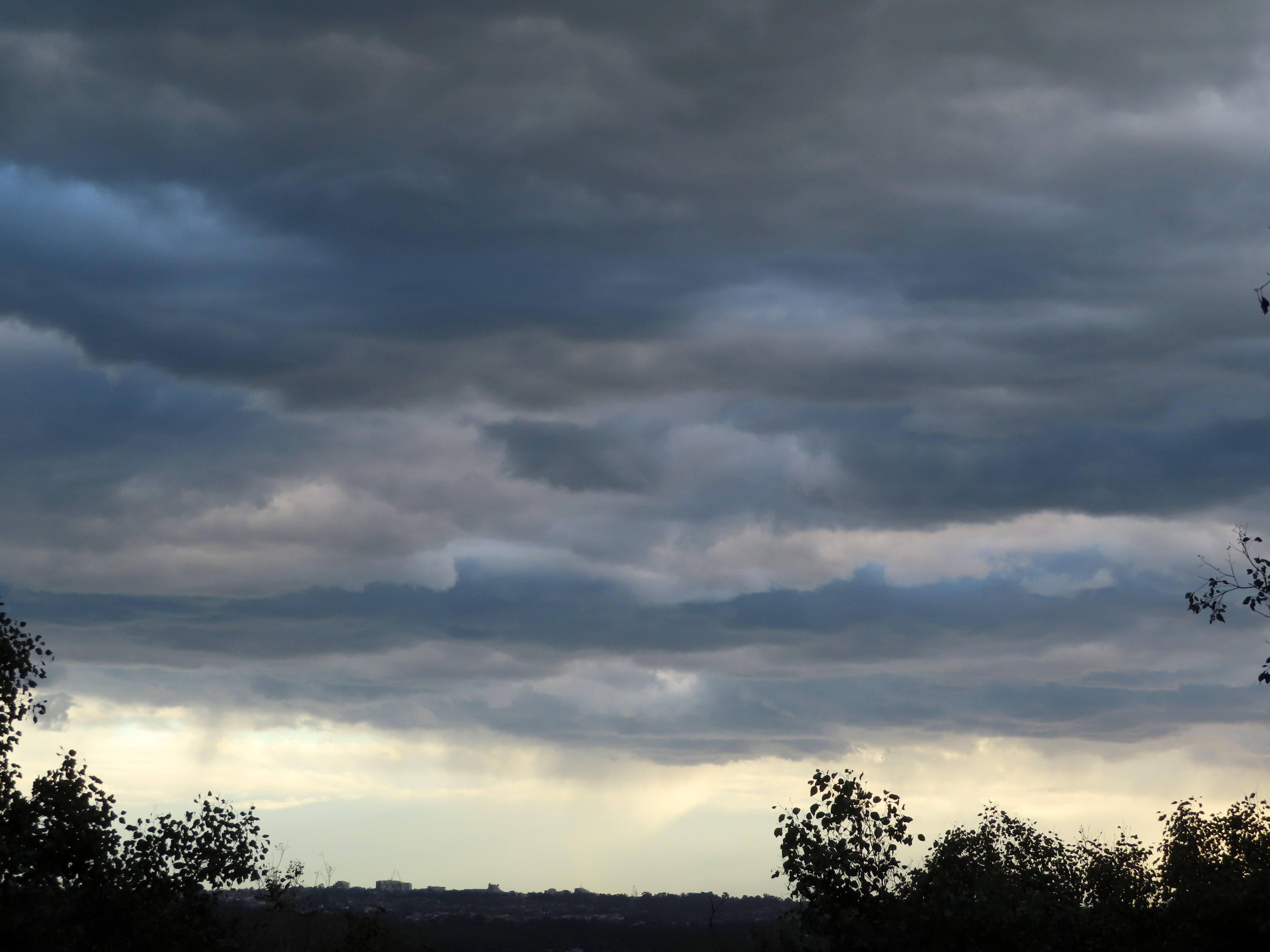 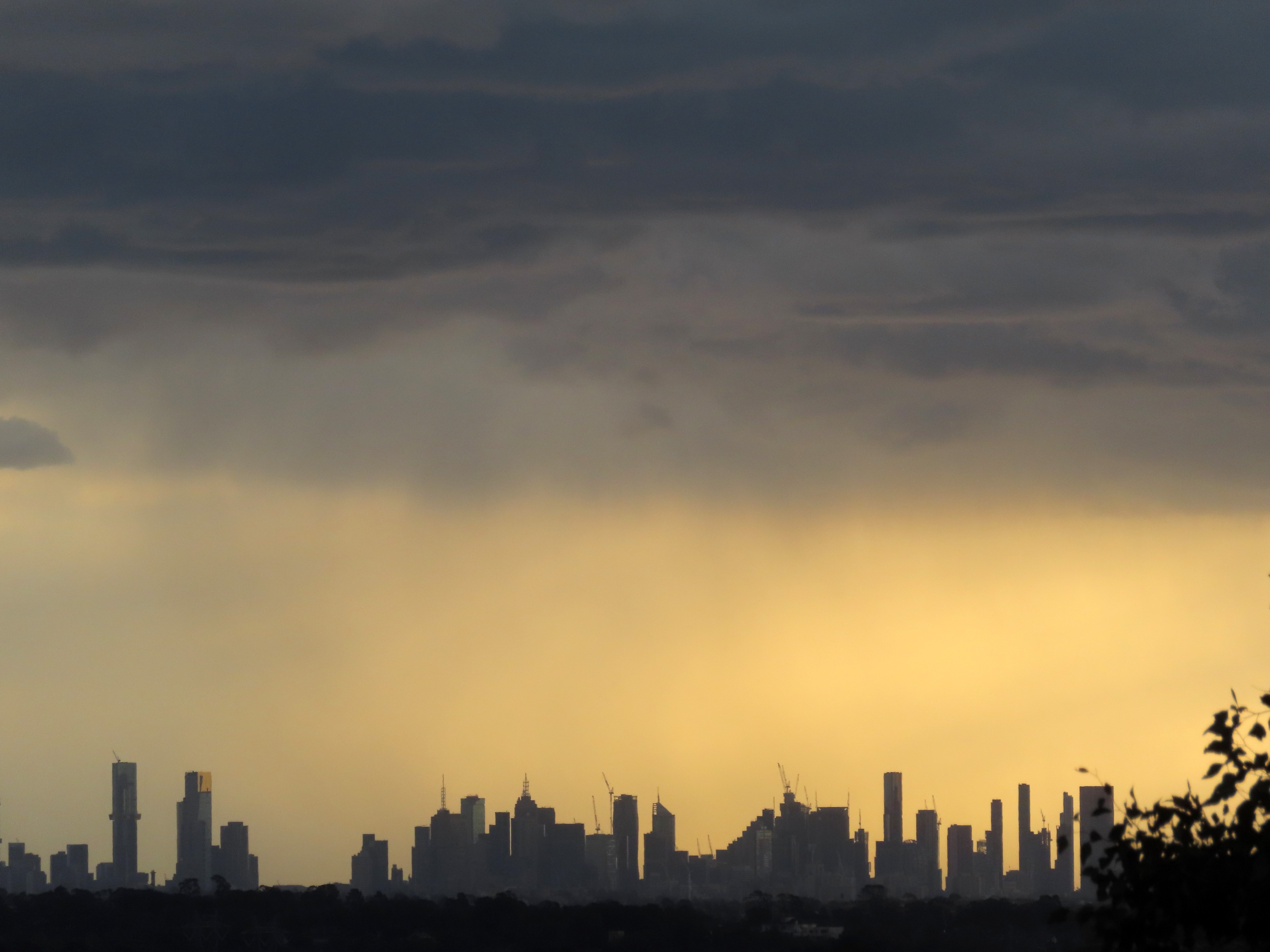 Reactions: Seabreezes, whether, doddles and 4 others

We seem to have just fallen into a little lull before that main front. Has been super gusty, wonder what this next bit will be!!
Definitely going to be some timber coming down after recent rain 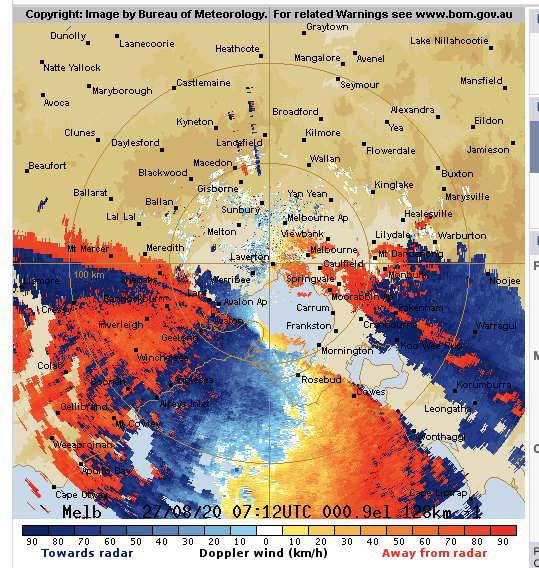 Charging all my devices just in case the power goes.
Reactions: rime noreason and KylePee

I walked to the supermarket around 4:15pm in brilliant sunshine...walked out 15 minutes later to grey skies and fierce winds, plus a noticeable temperature drop. The skies to the south and west look awful from my vantage point in South Yarra.
Reactions: Rick Ross Da Boss

Bluebird said:
I walked to the supermarket around 4:15pm in brilliant sunshine...walked out 15 minutes later to grey skies and fierce winds, plus a noticeable temperature drop. The skies to the south and west look awful from my vantage point in South Yarra.
Click to expand...

Yeah thats about the time I thought I'd be able to get a ride in! Then it started getting ugly
Remove ads with a
Ski Pass

104km/h gust @ Avalon
This boy has snuck up on a few IMO.
Reactions: Gregah, rime noreason and Claude Cat

Rain is about to hit. 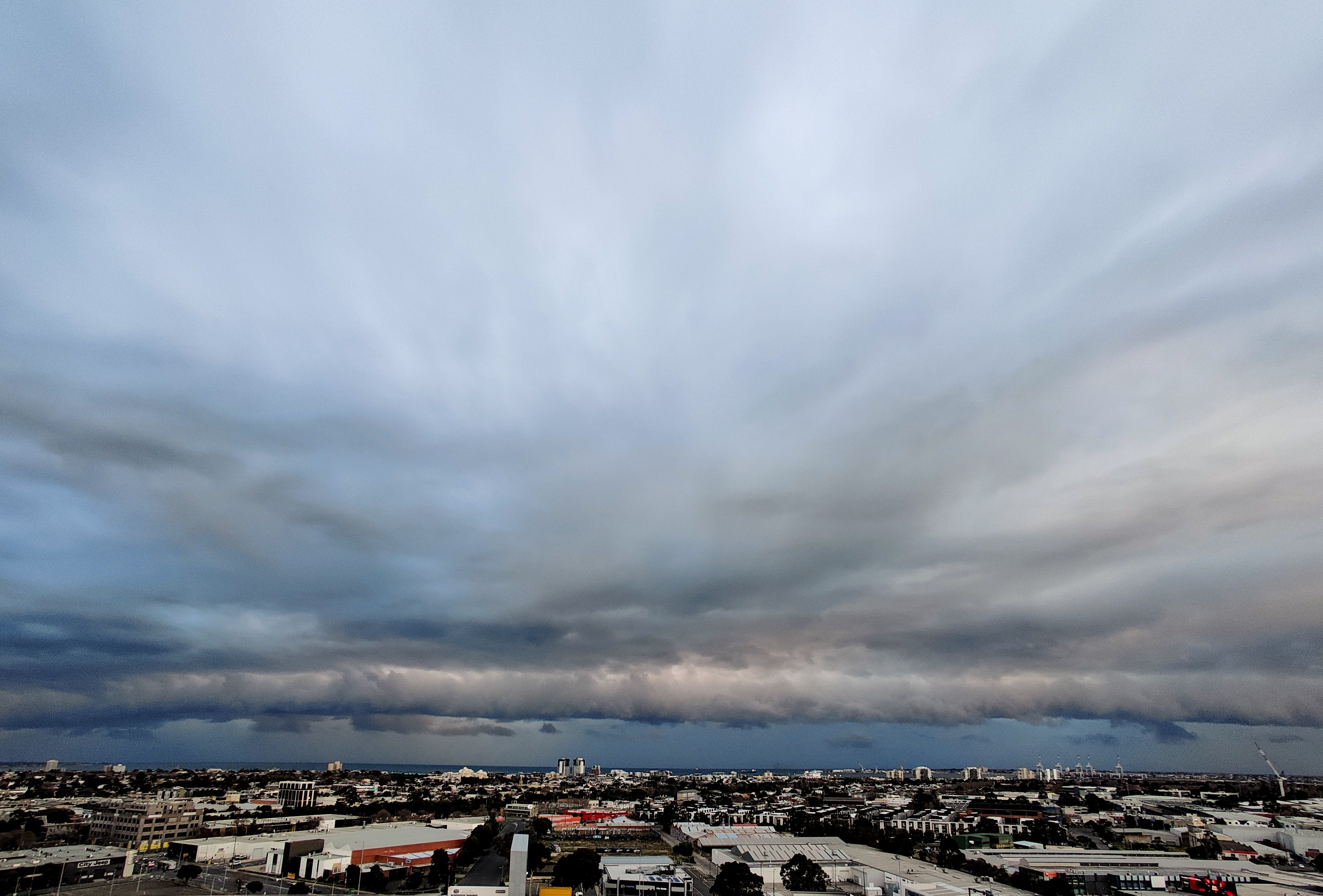 Reactions: Seabreezes, Majikthise, Rick Ross Da Boss and 14 others
B

Nice shelf on it coming across the bay!
Reactions: DiscoStuAU and Claude Cat 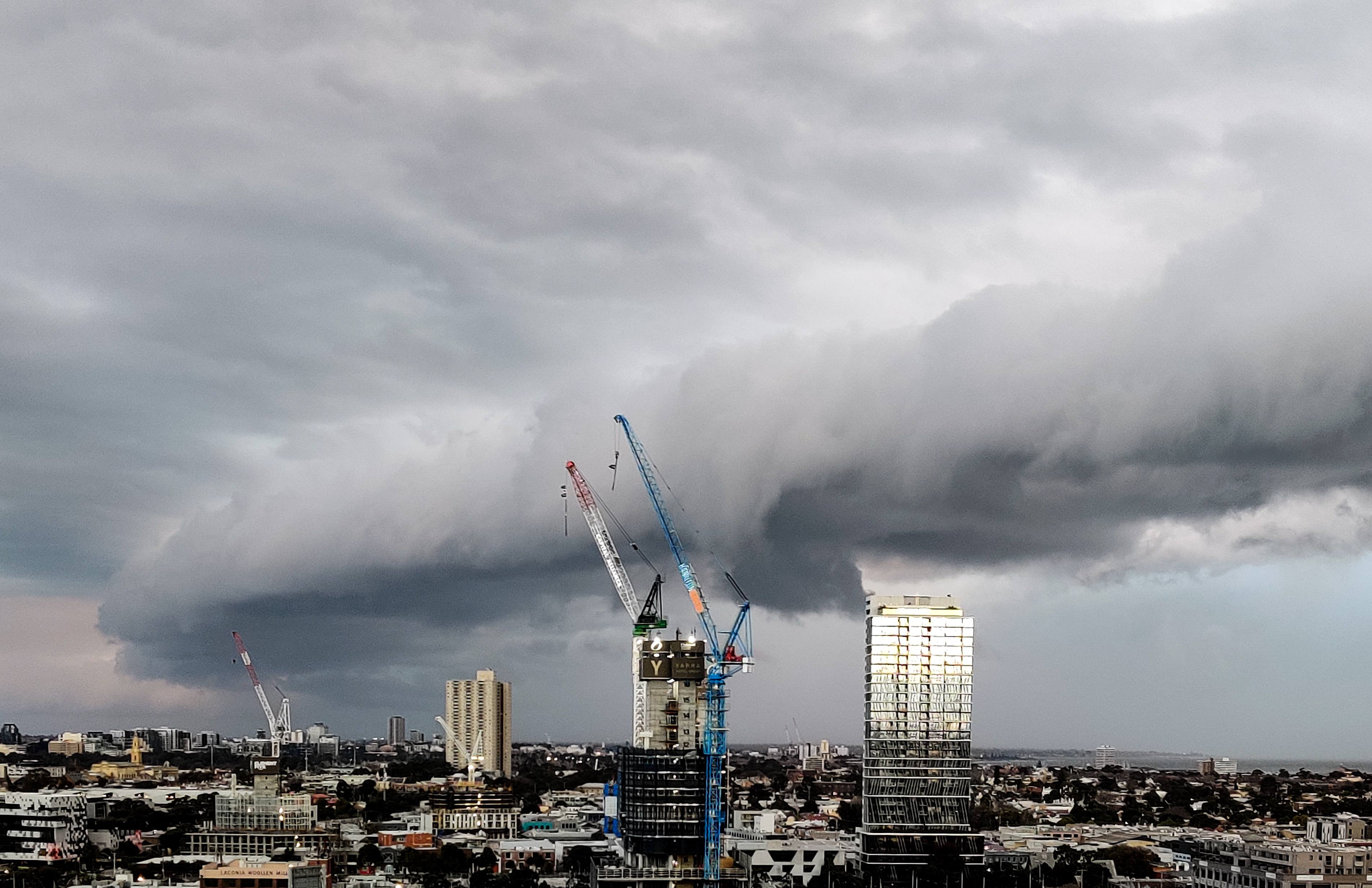 Reactions: Seabreezes, Jellybeans, Majikthise and 12 others

No squall warning from the BoM. Must have knocked off early.
Reactions: whether, Snowy Joey, Chux-sw and 2 others

Reactions: Majikthise, Karicta, whether and 8 others

Getting nicely belted with wind and rain in Elwood now.
B

Power just went out. Seen two large power flashes too. Will upload some pics again after of the shelf.
Reactions: rime noreason and WarrandyteWX

The wind that came with the front as it crossed was truly some of the strongest I've felt since living here. Our windows facing the bay were flexing along with our window frames something chronic. Calming down now with the rain & temp change. 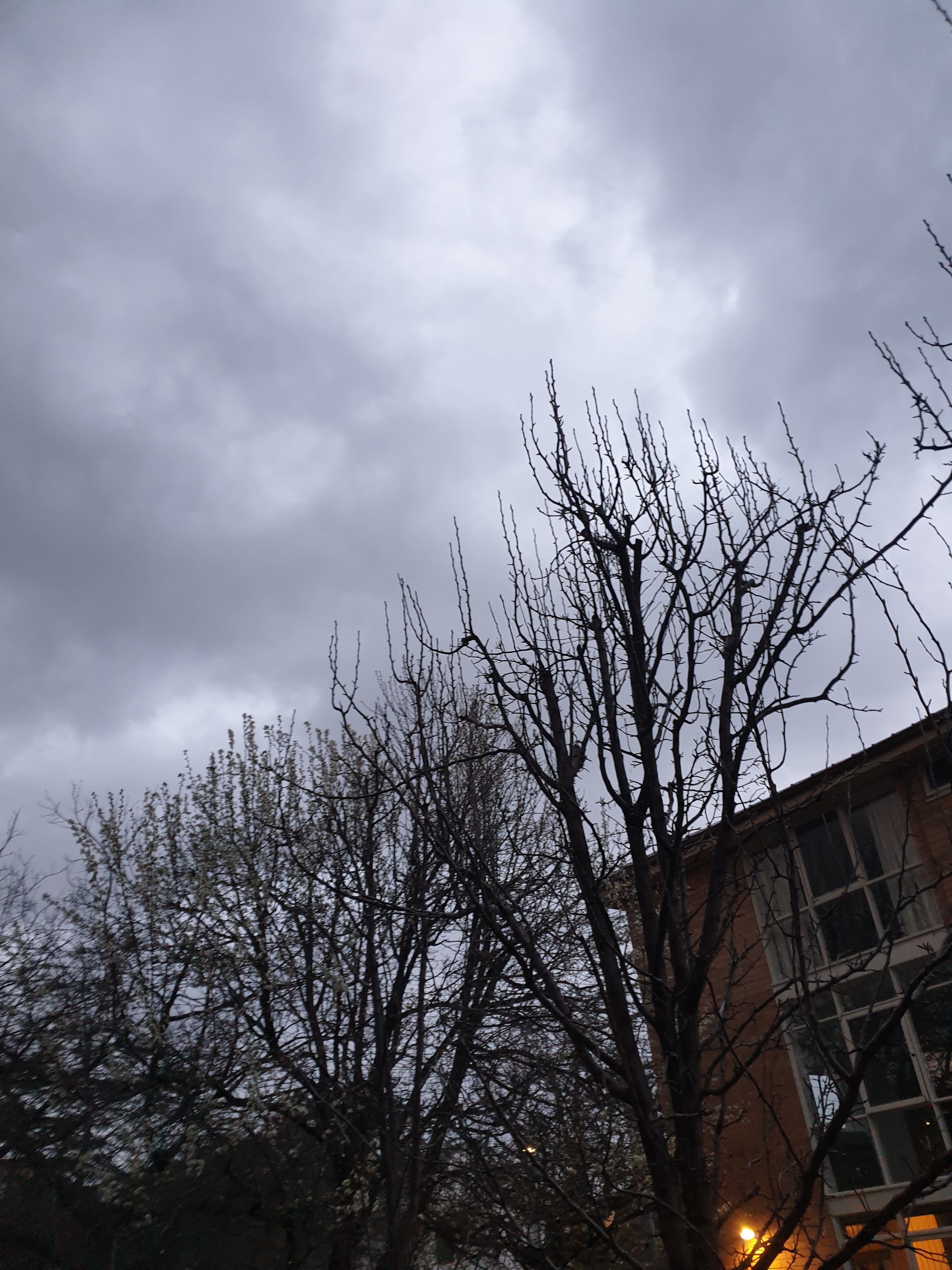 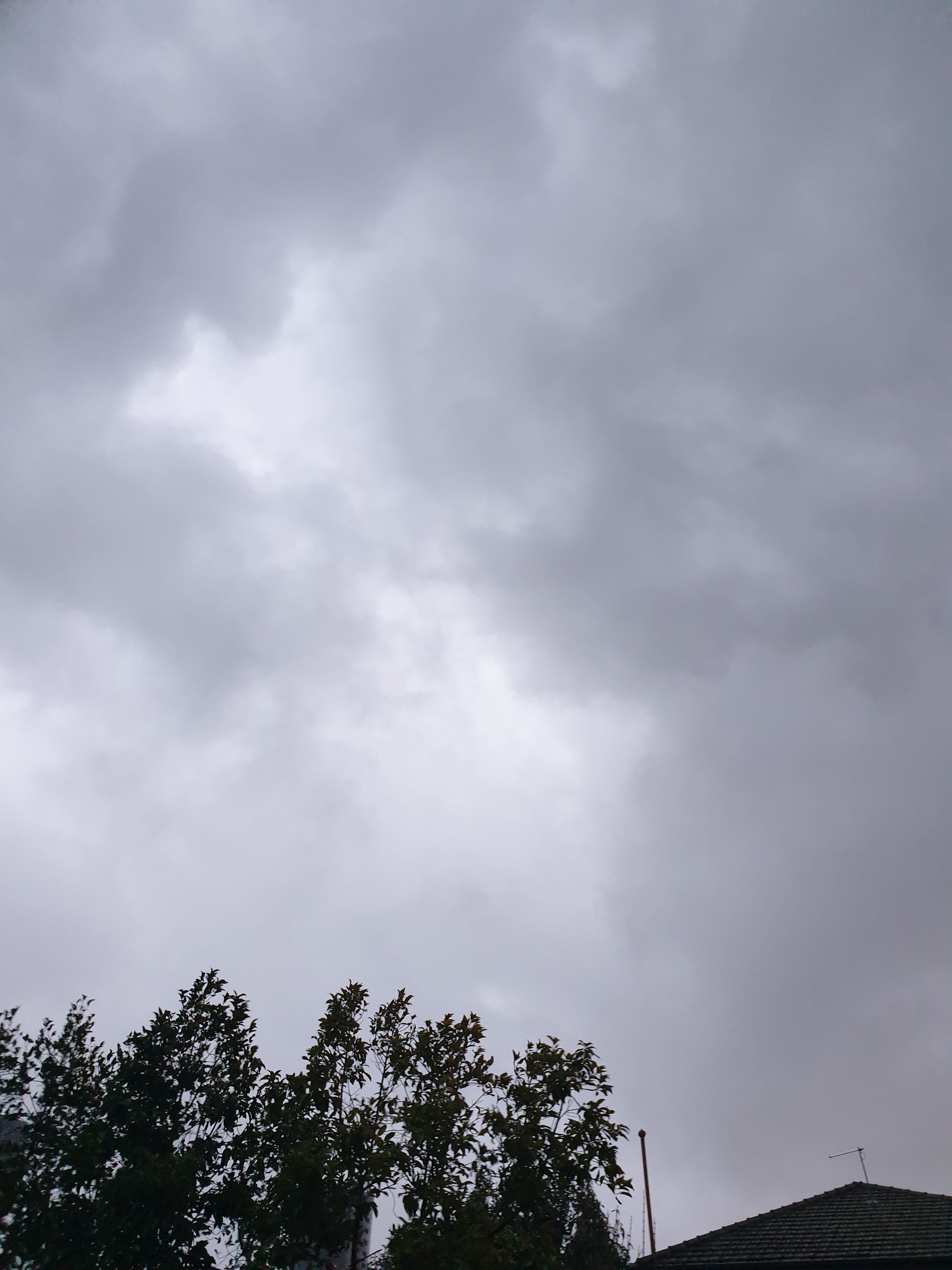 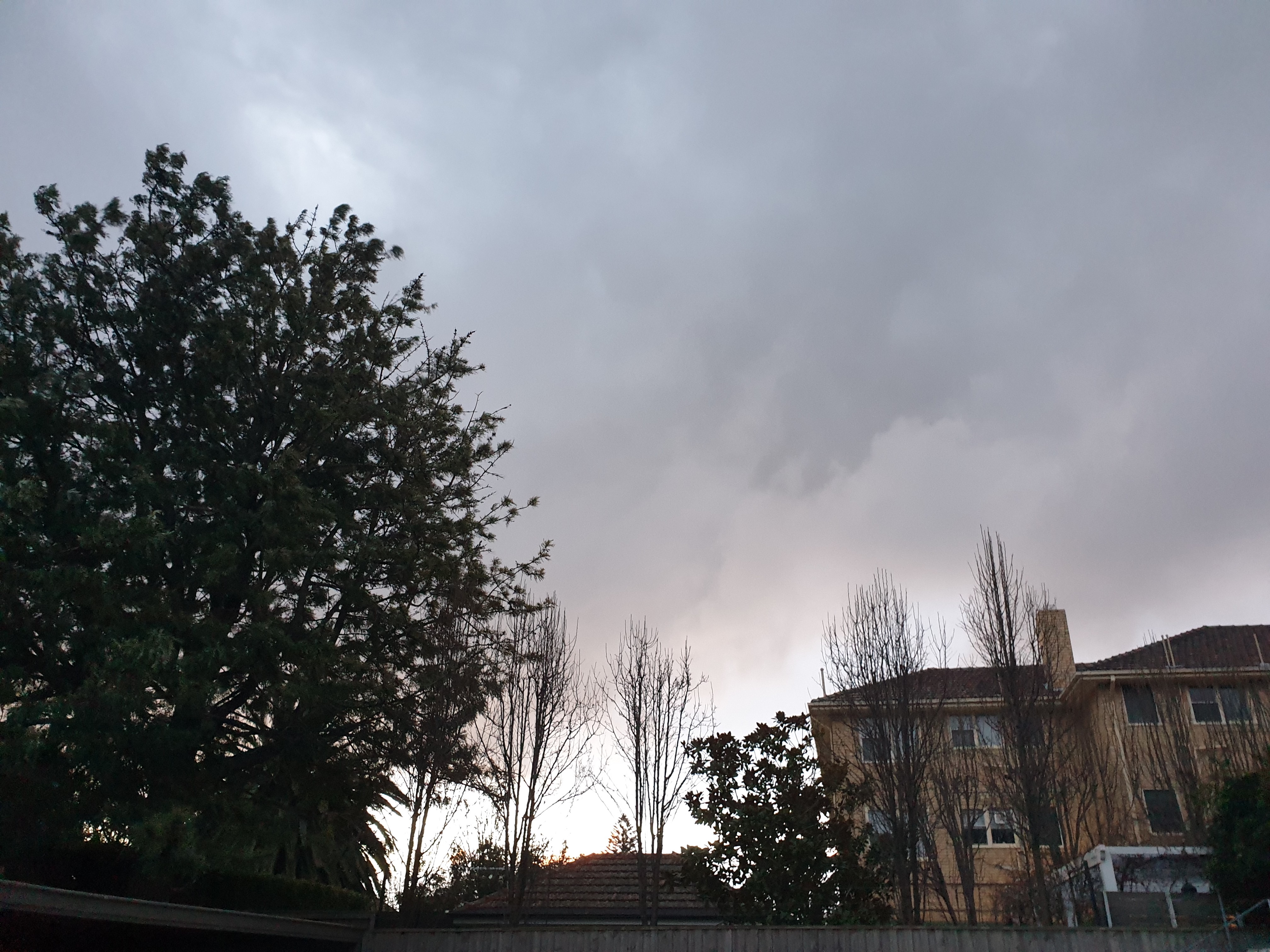 Reactions: Seabreezes, whether, rime noreason and 2 others

Yes the power is flickering here too. The wind is so strong!
Reactions: rime noreason 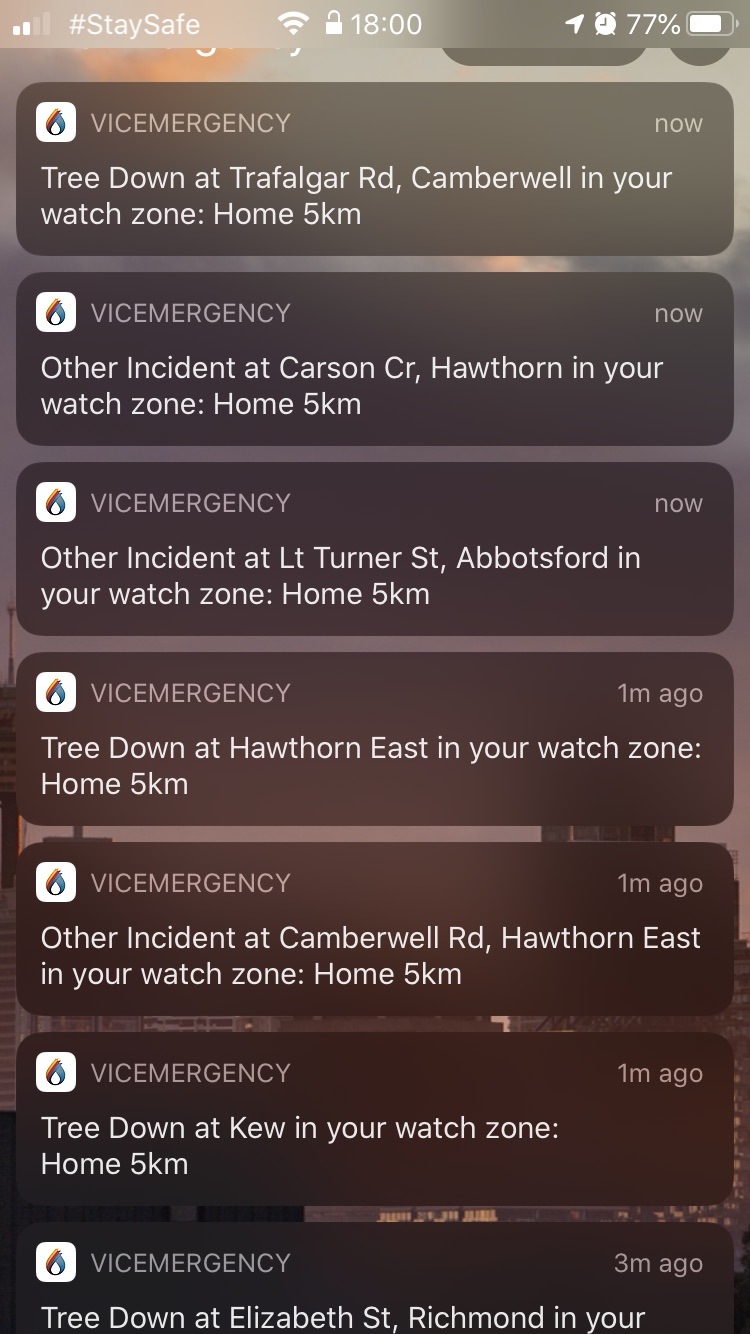 Power had been flicking here for 10 to 15 minutes before it went out for 20 seconds, UPS units in my office and in the living room for the NBN and router kicked in. Good to see they actually work!
Reactions: DiscoStuAU, Claude Cat and rime noreason

A whiter shade of pale

The most excitement we've had since lockdown began!

Power is constantly flickering, lost it as I was typing "flickering"! Returned a minute later (ski.com.au saving partially completed posts for the win!).

This was inbetween fronts half an hour ago, now stormy and windy af 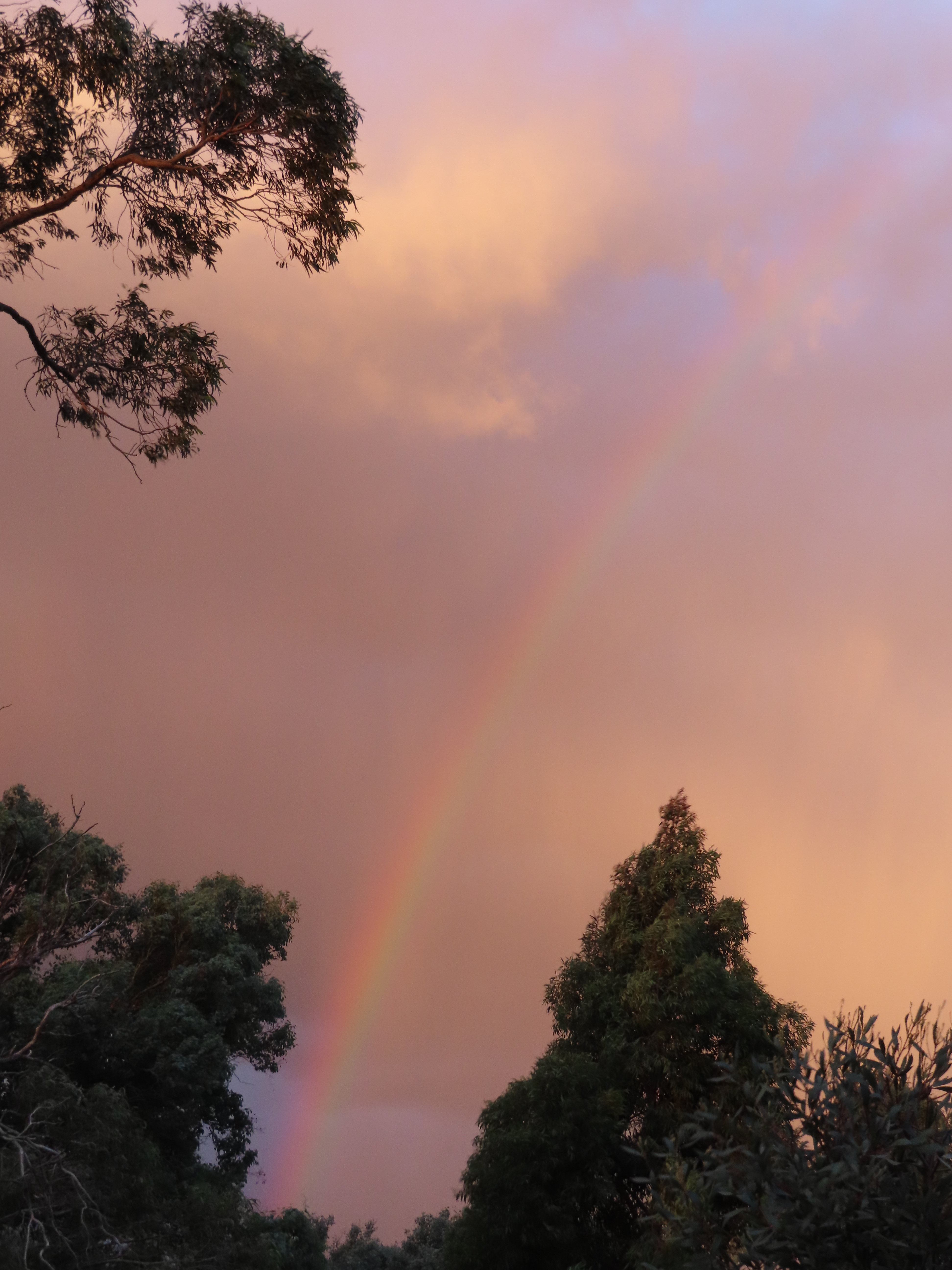 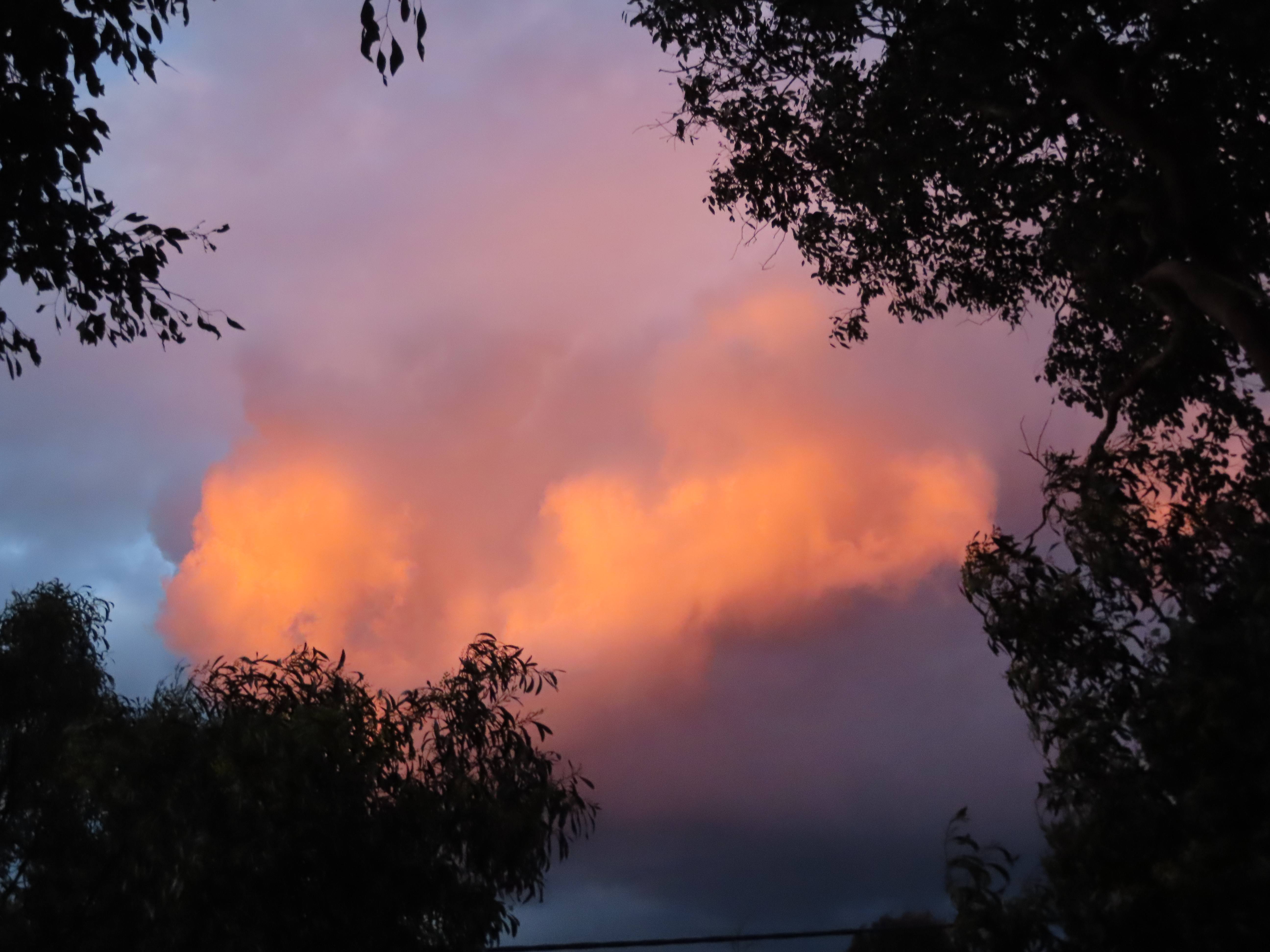 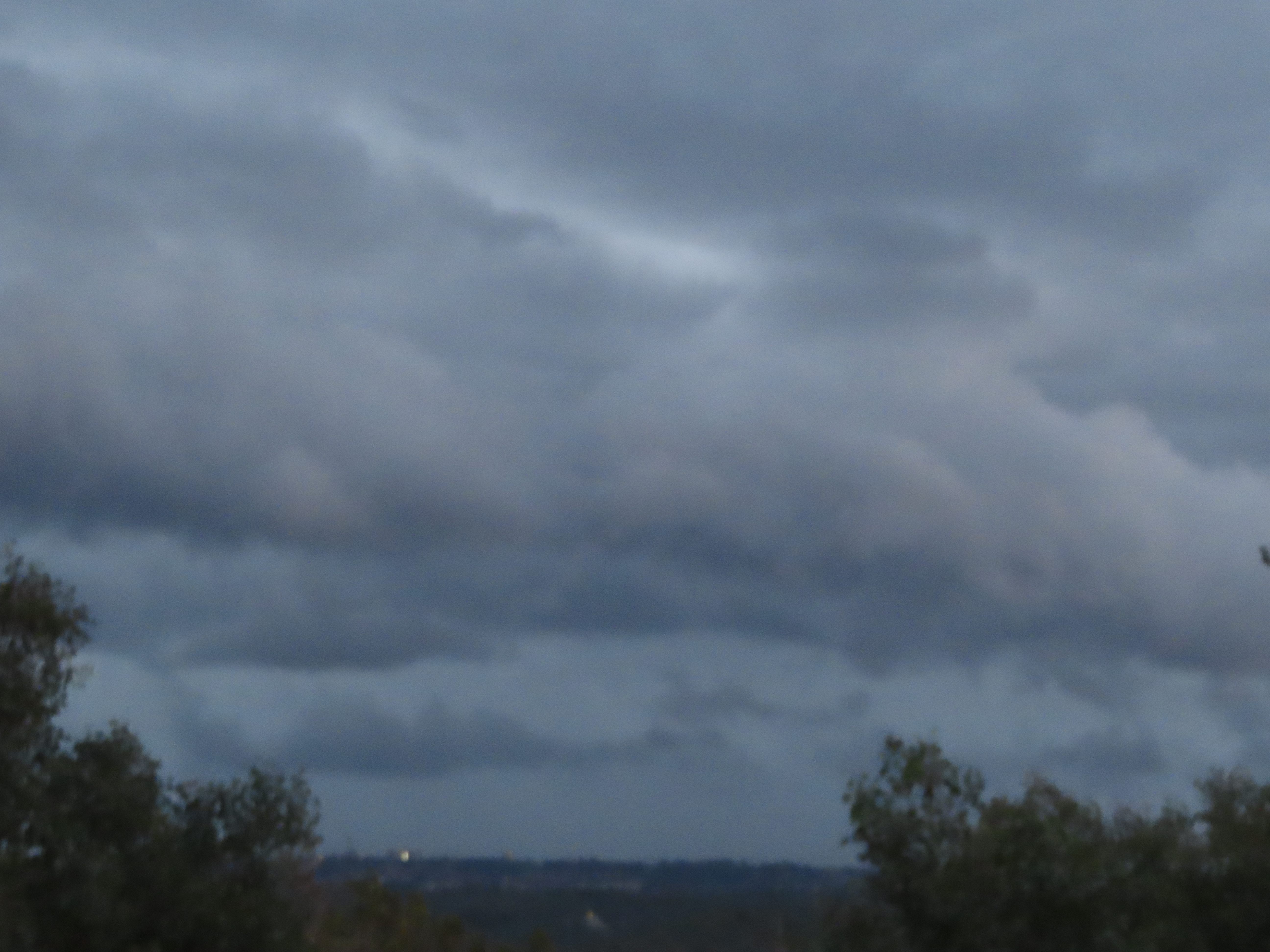 Reactions: Seabreezes, Majikthise, whether and 4 others
B

Looks like im in for a long night in the dark. Right before the footy too.
52,000 customers blacked out on AusNet's network.

Three large gums down behind us in the state park.
Not bad for a clipper front!
Reactions: rime noreason

Over 40,000 homes in Melbourne without power atm!

It is very windy and wet here in NE Lepersville. Today was ideal cycling weather ( sunny and dry ) except for one worrying moment when the wind really whipped up and almost tossed my front wheel out from under me while I was screaming down and around a hill on the blacktop surface above the recommended 40 K/P/H.
:-0

rime noreason said:
The most excitement we've had since lockdown began!
Click to expand...

We Plague i stanis have been utterly deprived of most forms of excitement and adventure altogether :-(. Some wild wind is rightly the most noteworthy thing to happen this week !
;-P
Reactions: whether and Ubiquitous Steve

Tweeted at 1731hrs.
Not their finest hour.

Tree down on top of a car on Black Spur

There are plenty of trees down in the NE suburbs. Curfew o clock is at 8 pm. I have not used my chain saw for a long time what with not doing any BC ski trips and all .I am almost tempted to go up two blocks and fix it myself!!
https://emergency.vic.gov.au/respond/#
Reactions: Claude Cat

Bears coming home with tail wind!Nobody on city link ....bears shot home like a rocket .We had some new rain.x on our windscreen so hardly used the wipers !

Got absolutely hammered up here too.
Powers been out for a while. Expected back on after 2am.
Was really wild. Heaps of trees down locally. Heap of sirens earlier.
Settled down down, rain with the odd gust.

Pretty much done and dusted.

teckel said:
Tree down on top of a car on Black Spur
Click to expand...

Not good. Air Ambulance looking for a place to land near Dom Dom Saddle.

teckel said:
Not good. Air Ambulance looking for a place to land near Dom Dom Saddle.
Click to expand...

Yes you can see it circling on Flight Radar
B

teckel said:
Not good. Air Ambulance looking for a place to land near Dom Dom Saddle.
Click to expand...

No good at all.

130,000 homes without power across Melbourne
Reactions: balmz
B

Change just come through our necks of the woods. Easy 100kph+ gusts. Waiting for winds to settle a bit before checking for trees over fences. Cooled down a bit according to the young fella.
B

Damn, tree down on the shed - on top of the tractor... so can't even move it off. Some crazy wind.
Reactions: Claude Cat and Ubiquitous Steve

Bummer
Neighbors can help?
B 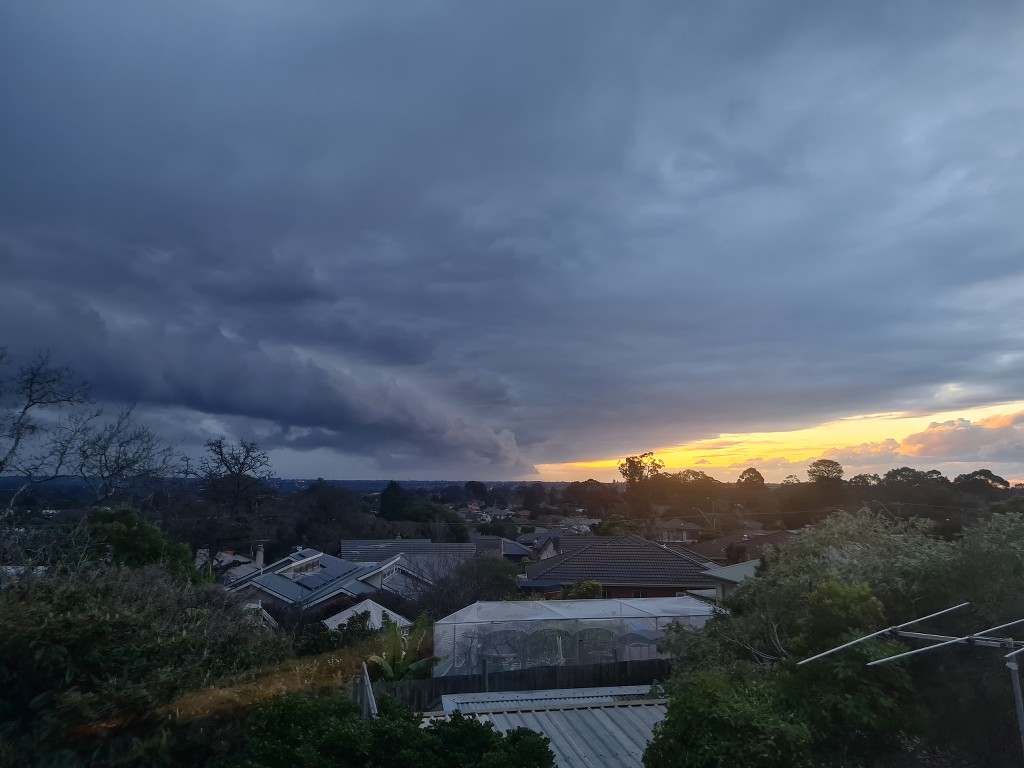 Took this earlier about 10 mins before all hell broke loose. Saw two large power flashes in about the middle of the picture probably 500m away as the front hit and that was when we lost power. ETA for resoration is still 0130am.
Reactions: doddles, rime noreason, Seabreezes and 9 others
You must log in or register to reply here.
Remove ads with a
Ski Pass